Anyone who has let themselves fall into the wondrous and mysterious world created by JRR Tolkien by either reading the Hobbit and The Lord of the Rings, or by watching the films, knows Gandalf to be powerful and wise wizard that stood against evil. Below are 25 magical facts about Gandalf.

“A wizard is never late nor early. He arrives precisely when he means to.” – Gandalf.

25. Gandalf has a (very) long backstory.

The author of The Lord of the Rings, J.R.R. Tolkien, wrote a long and incredibly detailed backstory for nearly every major character in The Lord of the Rings, especially for Gandalf as he was a supremely important character in the epic tales. The backstories were published posthumously by his son in a series of works titled, The Silmarillion. (12)

Gandalf was from a high race of immortal beings called the Maia hailing from a distant land called Valinor. He was a chosen as one of the five highest beings to be sent to Middle Earth to help its people fight against the forces of evil. Those five beings took on a human form and became known as wizards. Gandalf wandered Middle Earth for a very long time, learning about each race and culture. He spent extended periods of time with the elves, gaining their trust and support. In time, Gandalf became known for his superior intellect, his trustworthiness, and his ever-increasing wisdom that he shared when needed. (4)

Gandalf was one of the five wizards sent to Middle Earth. These included Gandalf the Grey, Saruman the White, Radagast the Brown, and two mysterious blue wizards that are only ever vaguely alluded to in the tales. Each of the wizards were wise and uniquely powerful however, Gandalf was the wisest of the all. Saruman was the most powerful. (11)

Gandalf’s real name is Olorin. This is the name he went by in the Undying Lands known as Valinor before coming to Middle Earth. (1)

Gandalf was named by the ancient Men of Middle Earth. They called him “Gandalf”, which translated from old Mannish into “Elf of the Wand”, a nod to the cane that he always walked with. (1)

Gandalf is immortal. Gandalf is one of the Maia from the Undying Lands, meaning that his body is mortal but his spirit is not. When he died fighting the Balrog (the monster in the caves of Moria), he is reborn as Gandalf the White, the highest rank of all the wizards. (4)

It is unknown exactly how old Gandalf is, however he lived for over 2,000 years on Middle Earth before returning to the Undying Lands at the end of The Lord of the Rings. (1)

Each of the five wizards had different abilities and skills. Gandalf was known for his powerful abilities to manipulate fire, smoke and light. This was exemplified during the first Lord of the Rings film where he brings large fireworks along with him while visiting Bilbo Baggins in the Shire. (1)

In ancient times, 20 rings of power were created with each possessing unique powers. Three of the rings went to the elven kings, Seven to the dwarf-lords, nine to the mortal Kings of men, and one for the Dark Lord Sauron. Gandalf was given one of the three powerful elven rings by an ancient Elven King as he was seen as being the wisest and most capable custodian of the ring. His ring was called Narya and had abilities to control fire and light. (10)

Not only was Gandalf entrusted with one of the most powerful rings in all of Middle Earth, but he was also given the map and key to the most sacred place for the Dwarves. He was entrusted with the map and key to the Lonely Mountain by an ancient Dwarf King as the king knew that Gandalf was the wisest and most trustworthy person in all of Middle Earth. (4)

15. A fire that creates, not destroys

Gandalf’s main weapon was his walking staff, which was very powerful and had many capabilities. However, he also carried a famous elven sword named Glamdring or “Foe-Hammer.” (1)

Gandalf was known by many names while on Middle Earth. He was known as Gandalf the Grey by men, Stormcrow by his enemies, Tharkun by the Dwarves, Mithrandir from the elves, and finally Gandalf the White after his rebirth. (4)

Although Gandalf’s main mode of transportation was walking, he also had a horse named Shadowfax that was said to be as fast as the wind. Gandalf was given the horse by Theoden, the 17th King of Rohan. (9)

11. Appearances can be deceiving

Gandalf is described as appearing as a very old hunched-over man with a tall pointed hat, long grey beard and thick bushy eyebrows. Most thought him to be a feeble-old man, but learned that he was one of the most powerful and wisest being in all of Middle Earth. (4)

Gandalf makes a brief cameo appearance in the Lego Movie where he is mistaken for Albus Dumbledore, the wizard from Harry Potter. Awkward… (3)

9. A wise wizard does not reveal their intentions.

In the book The Hobbit, Gandalf chooses Bilbo Baggins as the 15th member of his expedition to join him and 13 Dwarves to reclaim the lost Dwarf Kingdom from the dragon Smaug, which was hidden deep within the mines of the Lonely Mountain. Initially, every other member of the journey disapproved of Bilbo’s inclusion on the journey, including Bilbo himself, however Gandalf insisted on his companionship. Eventually Gandalf’s decisions to include Bilbo became apparent, as he was a very wise and brave Hobbit. Throughout the journey, Bilbo saved the lives of all his Dwarf companions on multiple occasions. He also discovered a way to defeat the dragon Smaug and in doing so, Bilbo earned his stay and proved Gandalf’s immense wisdom. (8)

While filming the epic battle between Gandalf and the Balrog in the Mines of Moria, the actor playing Gandalf, Ian McKellen, filmed the scene with a tennis ball in place of the Balrog. (6)

The primary antagonist of the Lord of the Rings trilogy was Sauron, who was the actual Lord of the Rings. Interestingly, both Sauron and Gandalf were from the same race known as the Maia. Both were immortal, which is why when Sauron was killed during the War of the Last Alliance in the Second Age he did not actually die. However, he was too weak to reincarnate into a physical form, and instead returned as The all-seeing eye. While Sauron was the embodiment of evil, Gandalf was the embodiment of good. (5)

Despite his appearances of being a feeble old man, Gandalf was a formidable warrior and a great military leader. He fought in many wars and battles during his time on Middle Earth and even led several armies, almost always to victory. (4)

5. A gentleman and a scholar.

Gandalf was known for being kind, humble and empathetic. However, we was also known for his vast wisdom and skills in several languages, including many ancient languages such as the dwarven language Khuzdul. He often used these skills during The Hobbit and The Lord of the Rings stories, especially while traversing the ancient Dwarf mines. (1)

4. There and back again

At the end of The Lord of the Rings trilogy, having accomplished his mission of protecting Middle Earth from being consumed by the evil forces of Sauron, Gandalf returns across the sea to the Undying Lands. He is accompanied by all those who bore the Rings of Power, including Bilbo and Frodo Baggins, the high elves Elrond and Galadriel, and eventually Samwise Gamgee, as they no longer had a place in Middle Earth. (4)

3.  More than one Gandalf

Anyone who has seen The Lord of the Rings trilogy or The Hobbit, are familiar with Sir Ian McKellen’s version of Gandalf. However, the character of Gandalf has been played or voiced by well over a dozen actors over the years in both carton and film adaptations as well as in video games. (2)

Some of the most magical abilities Gandalf possessed, were the abilities to speak telepathically to others and the ability to move objects and people using telekinesis. Although he is rarely seen using these powers, he does so at just the right moments. (4)

In the films, The Lord of the Rings, the actor Sir Ian McKellen who played Gandalf based the mannerisms and speech patterns of his character on JRR Tolkien himself. (1) 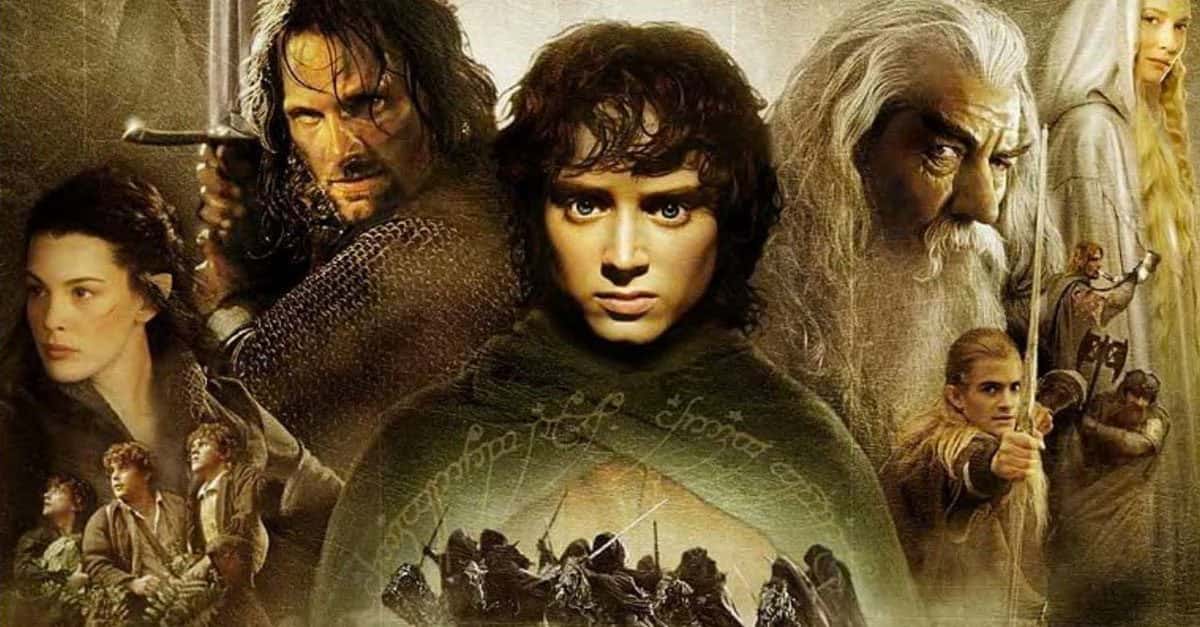 45 Fellowship Of The Ring Facts To Rule Them All

45 Fellowship Of The Ring Facts To Rule Them All

Anthony Rodriguez is a writer at Factinate.