“Do I really look like a guy with a plan? You know what I am? I’m a dog chasing cars. I wouldn’t know what to do with one if I caught it! You know, I just… do things”.

When it comes to the Joker, things aren’t simple. So beginning with a quick fact about the Joker’s name, background, etc., is a little difficult. In fact, it just so happens that his identity is unknown. Throughout all the comics, his true name and background have never been revealed.

All of his personal records are nonexistent, making him even more dangerous.

The release of James Franco’s The Disaster Artist has brought new fame and attention to the irreplaceable cult actor Tommy Wiseau. So much new attention, in fact, that Wiseau voiced his interest in playing the Joker in a possible upcoming Batman prequel.

However, Wiseau admitted he had reservations about playing the role because he thinks he has “too much emotion” for the Joker.

It is now near certain that Joaquin Phoenix will be playing the Joker in a stand-alone Joker origin story.

To play six degrees of separation for a moment,  Phoenix’s sister Summer is marred to Casey Affleck, the brother of Ben Affleck (AKA Batman himself).

Batman got his first independent comic in 1940, and his very first issue introduced the Joker character.

Originally the Joker was supposed to die early on, but the character remained and appeared in nine out of the first 12 Batman comics.

The Joker has actually been killed off many times throughout his course of existence.

Somehow, he always manages to come back and say, “Hi Batsy”!

The Joker was and is such an iconic character that his fame rivals that of Batman himself, which is why it would seem like a great idea for the Joker to have his own comic series.

Well, they tried that, but at the time the rules of the Comics Code Authority required all villains to be apprehended at the end of an issue, and this tightened the possibilities for narrative and plotlines.

It’s been heavily suggested that the Joker knows that Batman is Bruce Wayne. While the Joker’s identity remains unknown, there have been instances in the comics that hint that the Joker is a step ahead of the Batman.

For example, he always targets people close to Bruce Wayne, and he’s even cut off Alfred’s hand.

Alan Moore (one of the greatest graphic novel writers ever) is usually credited with creating the Joker’s origin story, but Moore himself got the idea from the 1951 story “The Man Behind The Red Hood”. This is why the Joker was originally called the Red Hood.

In this origin, the Joker was created after he fell into a vat of chemicals.

For Suicide Squad, Warner Bros. hired a therapist/life coach to be on set and assist the cast during the making of the film.

Many people believe this is because off the toll playing the Joker took on actor Heath Ledger. I mean, it definitely seemed to take a toll on Jared Leto.

Heath Ledger’s take on the Joker was truly astounding. Heath was known to stay in character with full makeup on set, and his ability to get into the mind of the Joker is seen many times throughout The Dark Knight. However, the role also required him to go to some dark places:

before filming, he locked himself in a hotel for a month so that he could feel completely isolated.

According to accounts of both the Joker and the Riddler, a woman named Jeannie is said to be the wife of the man who became the Joker.

Carrying an unborn child, Jeannie was in a household accident and neither she nor the child made it out alive. This tragedy may be a major reason why the Joker went insane.

Can you imagine Robin Williams as the Joker?

Well, it almost happened. Williams was considered for the role in Tim Burton’s Batman, but it never worked out. It’s a shame because that would have been an awesome character for Williams, but it’s not like Jack Nicholson was anything to sneeze at.

The most recent portrayal of the Joker was by Jared Leto in Suicide Squad. Leto’s take on the role saw a younger, punkier Joker take the stage, and Leto really gave it his all. He might have even given too much.

He stayed in character while on set, creeping out all of his co-stars in the process: he sent Margot Robbie, who was playing Harley Quinn, a live rat and a love letter, and the rest of the cast received the lovely gift of a dead pig. 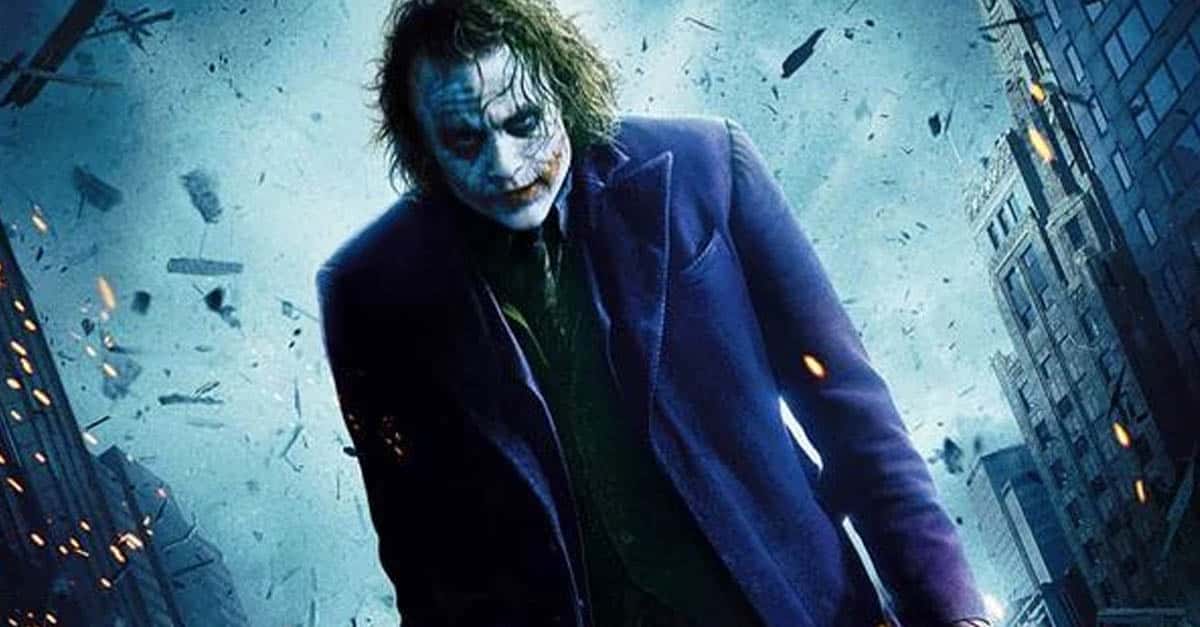