“Now, look. This is gonna get weird, all right? It’s pretty freaky, but it’s safe. There’s no reason to be scared.” —Scott Lang, Ant-Man

It’s the 20th film in the Marvel Cinematic Universe, and the sequel to Ant-Man. It’s a film that continues the story of Scott Lang as he works with Hank Pym and his daughter, Hope Van Dyne. In this film, Hope takes on the role of her mother, the Wasp, working alongside Lang as he takes on the Ant-Man persona originally carried out by Hank. New villains are faced, new adventures are discovered, and spoilers are (mostly) kept out of this article. Feel free to read these interesting facts about this Marvel film.

Ant-Man and the Wasp Facts

24. We Also Considered “NOT Ant-Man and the Wasp”

During principal photography, Ant-Man and the Wasp was filmed under a false title to avoid unwanted attention. That title was Cherry Blue. To be fair, we wouldn’t have guessed that one.

With the addition of the Wasp to this sequel (and its title), it makes for the very first Marvel film in the Cinematic Universe to present a titular female character. And it only took them 20 films to do it (unless you count Black Widow and Gamora as being included in the Guardians and Avengers movies).

Director Peyton Reed reportedly had to fight very hard to ensure that the Wasp receive the same level of marketing promotion and merchandise as Ant-Man. Thankfully, he was successful in this endeavor. Maybe he should also make a case for Black Widow to get her own movie?

Scott Lang’s parole officer is a man named Jimmy Woo. In the Marvel Comics, Woo is a secret agent who combats a criminal named the Yellow Claw. Woo would also join SHIELD in later comics.

20. Nice to Meet You, Michelle

Apparently, the director of this film, Peyton Reed, was so excited to work with Michelle Pfeiffer that he re-watched all of her films prior to meeting her on the set of this one! We can only imagine how many (or how few) sentences passed between them before he asked for her autograph.

19. Wait Until We Nab Jon Snow

Hannah John-Kamen is actually the seventh actor in the Marvel Cinematic Universe who has also been on the HBO show Game of Thrones. The previous six were Iwan Rheon in Inhumans, Natalie Dormer and David Bradley in Captain America: The First Avenger, Finn Jones and Jessica Henwick in Iron Fist, and Peter Dinklage in Avengers: Infinity War.

According to Michael Douglas, he expressed an interest in his wife, Catherine Zeta-Jones, being cast as his onscreen wife, Janet Van Dyne. Evangeline Lilly, meanwhile, shared director Peyton Reed’s vision of having Michelle Pfeiffer play the role.

Ant-Man and the Wasp is the second film from 2018 to feature both Walton Goggins and Hannah John-Kamen. The first one was Tomb Raider.

There is also another “second-place” record holder held by Ant-Man and the Wasp; it is the second time in the Marvel Cinematic Universe that a superhero or superheroine’s costume and title are passed down from a parent to a child. The first instance of this happening took place, of course, in Black Panther. Here, it happens with the Wasp.

To capture the atmosphere of Ant-Man and the Wasp, director Peyton Reed was inspired by the films After Hours, What’s Up, Doc?, and Midnight Run.

14. How Long Until Goliath Shows up?

While Scott Lang first experimented with expanding his body size in Captain America: Civil War, this film is the first where he is actually called “Giant-Man.” Originally, this term was one of several code names that Hank Pym has had in the comics.

Because of the complexity of the Marvel Cinematic Universe, Peyton Reed spent a good part of this film’s pre-production in close contact with the Russo brothers, who were in the middle of shooting both Avengers: Infinity War and its untitled sequel. Reed also had to keep the continuity of Captain America: Civil War, where Scott Lang appeared and sided with Captain America against Tony Stark.

There’s an interesting coincidence in the casting of Michael Douglas in the Ant-Man films and the inclusion of Bill Foster (the character played by Laurence Fishburne) into the sequel. Douglas had previously played a character named Williams (Bill) Foster in Falling Down, which continues to be one of Douglas’ most acclaimed performances (behind Gordon Gekko, of course).

If you paid attention to the scenes where the characters watch TV in the movie, you might have noticed that they’re watching the classic comedy Animal House. Specifically, they’re watching the scene where the character played by Donald Sutherland talks about a single atom containing “one little tiny universe.” Pretty good description for the quantum realm as well, no?

Rare among Marvel movies, lead actor Paul Rudd is given a writing credit in the Ant-Man series. As of 2018, the only other lead actor who has gotten that honor was Ryan Reynolds for Deadpool 2, which came out the same year as Ant-Man and the Wasp.

Despite being a staple actor in the DC Cinematic Universe, Laurence Fishburne has allegedly spent quite some time trying to find a way into the Marvel Cinematic Universe! Describing himself as a “Marvel guy,” Fishburne pitched Marvel with a series of characters that he could play. He eventually got the role of Bill Foster after Peyton Reed looked for an actor who could reasonably face off against a veteran actor like Michael Douglas on screen.

According to director Peyton Reed, the rivalry of Hank Pym and Bill Foster is comparable to the rivalry between Steve Jobs and Bill Gates. Our only question with that is who the Steve Wozniak equivalent is supposed to be in the movie.

In one scene, Scott Lang’s daughter, Cassie, declares that her father needs a partner, suggesting that she could be a hero alongside him. In the comics, Cassie Lang’s counterpart inherits her father’s ability to grow or shrink, and becomes known as Stinger (or Stature, depending on which comic you’re reading). This sounds like there are a few ideas open for the third or fourth movies!

According to the Marvel timeline, this film takes place an undisclosed amount of time after Captain America: Civil War, with the film’s conclusion taking place on the same day as Avengers: Infinity War.

5. What if Ghost Fought Doctor Strange?

Interestingly, the character of Ghost wasn’t originally an enemy who fought Ant-Man. Ghost was primarily the villain for Iron-Man, but you can decide for yourselves whether this pairing worked out better.

Speaking of other people’s villains picking on someone completely different, the same can be said for the character of Sonny Burch, played by Walton Goggins. Like Ghost, he spends his time in the comics taking on Iron-Man. Given how much Scott Lang and Hank Pym dislike the Starks, though, you’d think they’d be teaming up instead of facing off!

In the comics, the character of Ghost was originally male. In this film, she’s played by Hannah John-Kamen, which means that she is only the second female villain in the Marvel films released so far (the first one being Hela in Thor: Ragnarok).

Interestingly, in the comics, it was the original Wasp who came up with the Avengers’ name! She and Hank Pym were founding members of the Avengers when they teamed up with Iron-Man, Thor, and the Incredible Hulk to defeat Loki (so at least Joss Whedon got that part right).

1. Does That Count as Freudian?

Michelle Pfeiffer plays Janet Van Dyne, the mother of Hope, who serves as Scott Lang’s quasi-love interest. This might be a bit awkward, given that Pfeiffer and Paul Rudd (who plays Lang) were previously lovers in the movie I Could Never Be Your Woman. That must have made for some awkward jokes around the film set! 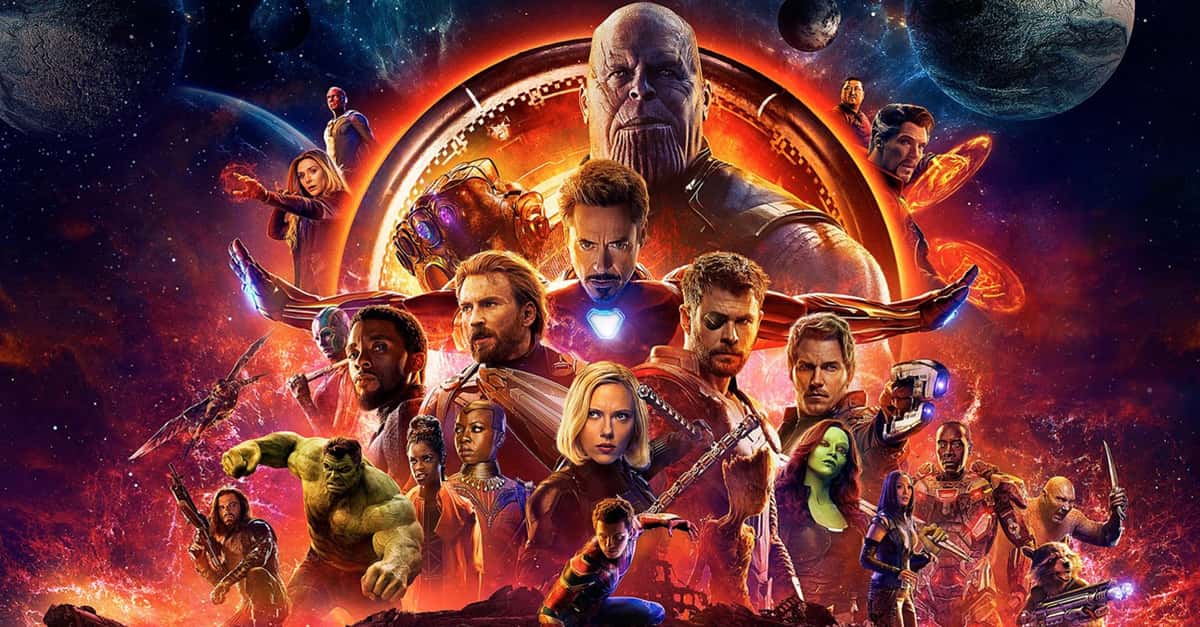