How could anyone forget the Blast-Ended Skrewt, the nightmare creatures that Hagrid inexplicably loves? Okay, it’s explicable: the man has a heart the size of Texas. And he bred them into existence. Skrewts are hybrid creatures, and come about by breeding a Manitcore to a Fire Crab.

Believe it or not, Norwegian Ridgebacks (the same breed as Hagrid’s pet dragon, Norbert) start breathing fire as young as one-month-old. This makes them the youngest species of dragon to shoot flames.

Soft and furry, a Puffskein is quite possibly one of the most cuddle-worthy magical creatures. Don’t recognize the name Puffskein? You may know them by their other name, “Pygmy Puffs.” Puffskeins, a group of which is called a poffle (how adorable is that?), were altered by Fred and George Weasley to produce a miniature version, which they called Harry Potter and the Prisoner of Azkaban (2004), Warner Bros. and sold at their shop, Weasleys’ Wizard Wheezes.

Looks like Norwegian Ridgebacks aren’t the only magical creature to develop their skills young. Hippogriffs are able to fly no less than one week after being born. That being said, it can take a few months before they have the strength to undertake long journeys with their parents.

If you live in Wisconsin and have noticed a frog-headed beast in your backyard, it’s quite possible you weren’t just imagining things! The Hodag is a magical beast native to Wisconsin. Its main source of food are mooncalves, creatures that burrow holes in the ground and only come out during full moons, which has lead Hodags to wander into the farms of muggles at night looking for food. Thus, the MACUSA Department of No-Maj Misinformation was forced to work tirelessly to convince the American public that all reported Hodag sightings were just hoaxes (luckily, we know the truth).

Funny, I never thought of Wisconsin as one of the many places Harry Potter fans should visit. Guess it should be added to the list!

Kneazles, otherwise known as the magical felines of the wizarding world, are more than just cute and cuddly. Their whiskers can actually be used to make wands. Don’t get too excited though, because wands made from unicorn hair, phoenix feathers, and dragon heartstrings are said to be far superior.

Looks like Hermione isn’t the only halfbreed at Hogwarts. Kneazles are commonly interbred with regular cats to create part-Kneazles. There are even some witches and wizards who have gone into the kneazle-breeding business; Arabella Figg is one such example. Hermione’s cat, Crookshanks, is also a half-Kneazle.

Though Doxies might look like an adorable version of a bat to us mere muggles, in the wizarding world, they are considered to be pests. They tend to live in draping like curtains and are known to infest houses. Luckily, there are two ways to get rid of them. 1. Doxycide, a black-hued solution that paralyzes doxies when sprayed on them, allowing for safe removal, and 2. casting a Knockback Jinx, a spell they are powerless to.

While the name “Bowtruckle” may not seem too significant, when looking back into the etymology of these covert plant-like animals, we discovered that the name is very apt, indeed. In an old Scottish dialect, the word “bow” means “dwelling.” Meanwhile, in old English, “truckle” translates to “limb of tree.” Makes a lot more sense now, huh?

Another fun fact about bowtruckles? A group of them is referred to as a branch.

14. All Hail the Thunderbird

If you’re lucky enough to have a wand made from a Thunderbird’s tail feather, we recommend guarding it with your life. Wands containing the tail feather of a Thunderbird may be difficult to get a handle on, but they’re also extremely powerful (and known for their transfiguration skills in particular). Another added bonus (that could end up saving your life)? Wands with this ingredient are able to sense danger and can cast spells independent of their owner.

Most of us only know the Chinese Fireball as the breed of dragon that fought Viktor Krum in the Triwizard Tournament. What you may not know is that for this species of dragon, the females are usually larger than the males. Take that, boys!

12. The Groundhog of the Wizarding World

Nifflers stole our hearts onscreen as the funniest and most adorable beasts in 2016’s Fantastic Beasts and Where To Find Them. What fans of the book and film may not have realized is that Nifflers are known for their ability to burrow. In fact, they live in burrows that can be as much as 20 feet below the ground. They’re so good at burrowing, the goblins used Nifflers to burrow underground for treasure.

Though the Murtlap looks like an underwater hamster on steroids, it happens to be super useful when it comes to resisting jinxes. The tentacles that grow on a Murtlap’s back can actually be pickled and eaten to help build up resistance to jinxes. Murtlap tentacles can also heal scrapes and were a key ingredient in the essence that Hermione covered Harry’s cuts in after his torturous detention with Umbridge.

Mandrakes age just like humans, and part of their growing process includes a period of adolescence. It’s actually been proven that during this period, Mandrakes take on the traits of typical teens, such as being moody and secretive, and even getting acne.

In addition to being one of the cleverest creatures in the wizarding world, Goblins are also accomplished metalsmiths. There are many references to “goblin-wrought” metals throughout the Harry Potter series, including when Sirius Black mentions family dishes made from the “finest fifteenth-century goblin-wrought silver,” and when Hagrid gave an “indestructible” helmet made by Goblins as a gift to the giants.

The Plimpy, a round fish with long, thin legs, is considered by Merpeople to be a pest. Unlike Doxies, there isn’t a magical solution to get rid of them. Rather, the easiest way to get rid of a Plimpy is to tie its leg into a knot, at which point it will gently drift away.

Fawkes kind of stole the spotlight when it came to Phoenixes in the Harry Potter series, so much so that you may not have even realized that Fawkes was not the only known domesticated Phoenix. The New Zealand Quidditch team, the Moutohora Macaws, actually have a domesticated Phoenix as their mascot. Its name is Sparky.

Erumpents (aka magical rhinos) may be one of the fiercest-looking beasts in the wizarding world, but they also have rather peculiar habits. Erumpent populations were never very big, largely owing to the fact that male Erumpents are frequently known to blow themselves up during mating season.

The Billywig, for those who don’t remember, is a sapphire-blue insect native to Australia. They have a long stinger on their bodies, but unlike wasps’ relationship with muggles, young witches and wizards actively try to get stung by Billywigs. This is because getting stung by one of these Australian insects results in a period of giddiness, followed by levitation. The only catch is that too many stings can cause uncontrollable hovering.

From their brief introduction in Harry Potter and the Chamber of Secrets, you might think that mandrakes aren’t so bad (save for being a little annoying). However, what you may be forgetting is that the Mandrakes in the second book were young and hadn’t matured yet. What happens with age, you may be wondering? Well, a Mandrake’s cry becomes more powerful as it grows older. A baby Mandrake’s cry can knock a person unconscious, while an adult Mandrake’s cry has the ability to kill someone. A famous example of this was Venusia Crickerly. In 1912, the former Minister for Magic was gardening when she accidentally uprooted a Mandrake, and its cry ended her life.

When a member of an Acromantula colony dies, the corpse is then eaten by the other spiders in the colony after death. Who’s hungry?

For anyone with a fear of snakes, Basilisks are quite possibly the most terrifying creature ever to step foot inside Hogwarts. Even more terrifying, they lead extremely long lives (up to 900 years!). Not to totally scare you, but the Basilisk of Salazar Slytherin lived to be roughly 1,000 years old.

Here’s a strange Harry Potter fact: the mortal weakness of the Basilisk is the crow of a rooster (we’re not making this up, we promise). The next time you’re head to head with the King of Serpents, just be sure to have a chicken in your back pocket. 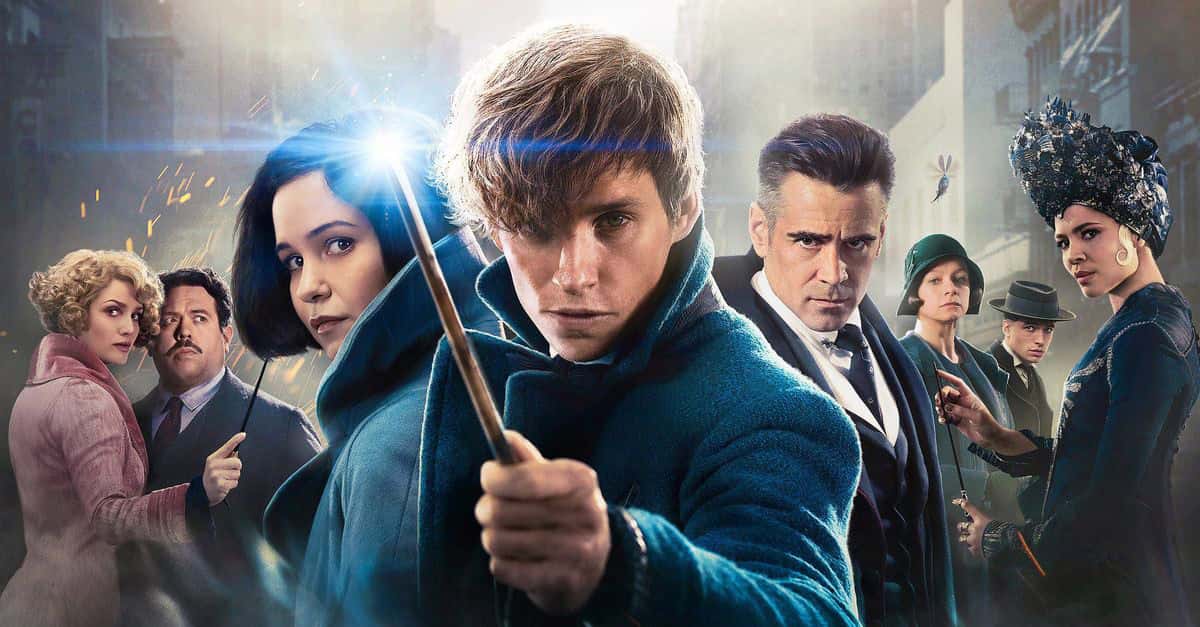 45 Magical Facts About Fantastic Beasts And Where To Find Them