“Life doesn’t have to be perfect. It just has to be lived.” – Dexter

Get ready to bask in the glory of Dexter facts, some will set your teeth on edge and other will just make you smile.

Debra, who is famed for her potty mouth, said the f word a total of 996 times during the course of season 8 – at least according to a fan count. That swear jar must be filled to the brim.

Dexter used two different syringes to tranquilize his victims. One has a sharp point, which is the one the audience sees. The second has a retractable needle, which is what the actor uses to actually “tranquilize” his victims in the scenes.

According to Dexter Wiki, Dexter had approximately 134 victims based on the number of blood slides he kept and the number of victims he didn’t record.  In the real world, this number would make him one of the most prolific serial killers in recent history. That’s… disturbing.

Ever wanted to make your own blood like the folks at Dexter? Now you can! The blood mixture is made from maple syrup, food colouring, peppermint oil and Dawn dish soap. The maple syrup has the desired thickness and is easier to clean than corn syrup. Food colouring for obvious reasons. Peppermint oil to ward off flying insects drawn to the sweetness of the syrup. And finally, dish soap, because it allows the blood to come out of clothing easier.

Here’s something to wrinkle your brain: despite portraying brother and sister on the show, Michael C. Hall and Jennifer Carpenter (Dexter and Deb) were married in 2008. The pair consequently divorced two years later, but continued to work together.

Michael C. Hall, who played Dexter himself, revealed that he was suffering from Hodgkin’s lymphoma in 2010. He underwent treatment and chemotherapy, continuing his work on Dexter while in remission.

Michael C. Hall wore a wig for season 5 to cover up his hair loss due to chemotherapy.

It takes the crew an average of 12 hours to set up Dexter’s kill room and around 8 to 9 hours to film the scene in it.

Michael C. Hall unwittingly managed to crash the Slice of Life, the boat he uses to dump bodies in the ocean,  into a pier during shooting, causing around $8,000 in damages to the boat. Luckily, he didn’t have to pay for the repairs.

The producers have admitted that The Trinity Killer was loosely based on the BTK killer, Dennis Rader.

The name “Dexter” is Latin for “right hand”, the opposite of which in Latin is “left hand” or “sinister”. Jeff Lindsay, author of the original book, confirmed that the name was meant to signify the surface normality of the character and his inner darkness.

11. Driving Up the Murder Rate

On average, Dexter killed about one person per month with some variance. If you tally that up, it would mean that he would potentially account for around 15%-20% of murders in Miami during the years of his activity – with the city reporting between 59-79 murder in that time.

After looking into his background, Sgt. Doakes mentions that Dexter finished at the top of his class in medical school, but chose to become a blood spatter analyst. This means that Dexter is technically a non-practicing M.D.

9. Colours For Every Mood

If you take note, Dexter always wears light-coloured shirts to work or around town, but he dons dark clothing for his murderous deeds. Very symbolic wardrobe choices.

8. Any Beach Will Do

Most of the show’s exterior shots were actually taken in Long Beach, California and the interiors were shot at the Sunset-Gower Studios. A secondary crew would film scenes in Miami to add authenticity to the show.

7. An endorsement for Ford

Almost every vehicle Dexter ever drives on the show is from Ford.

Whenever Dexter is going to kill someone, he wears his long-sleeved dark green henley shirt.

Due to the restrictions of child labour laws, Dexter’s son was played by twins Luke Andrew Kruntchev and Evan George Kruntchev – so they could split the shooting time.

4. Stick to the Script

There was no improvisation during the shooting of the series. Any deviation from the script had to be approved, which kind of kills any improvisation.

In the Dexter episode “Monkey in a Box”, when Dexter is on the phone with Sylvia Prado, he is holding his phone upside down. The internet had a bit of a field day with that.

2. No dating at work

Dexter is the only character to never date a co-worker, all the other main character have dipped their pens in the company ink. At least, he exercises restraint in some ways…

The South Australian government once filed a complaint against an ad for Dexter on Foxtel (Australian television company), which cited Adelaide (city in South Australia) having the highest serial killer rate per capita. After a number of complaints all of the ads were pulled from the air. We’re not sure about the rate per capita, but we do know the country with the highest number of serial killers ever recorded is – the United States of America. 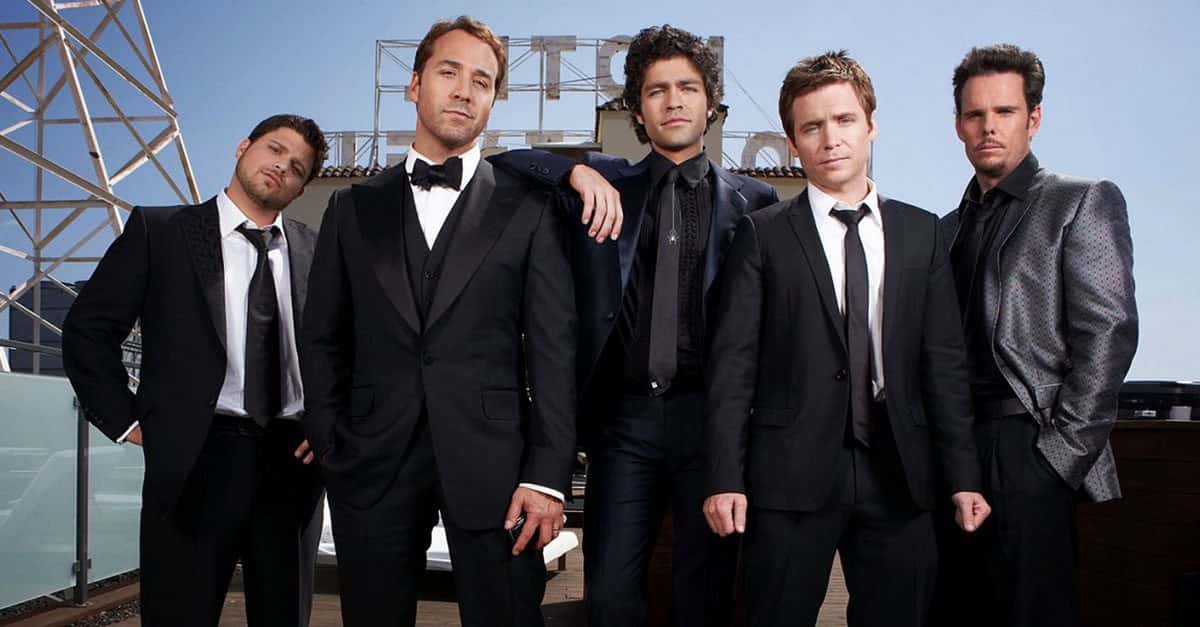