From levitating objects to learning how to tame a hippogriff, Hogwarts has some pretty interesting subjects. For example, can someone please teach me how to bottle fame instead of learning calculus? Perhaps even more interesting than these subjects are the Hogwarts professors themselves. So, class, take your seats and read aloud these 21 scholarly facts about Hogwarts’s staff.

He may seem short and sweet, but don’t underestimate him: Charms professor Filius Flitwick is a Master Duelist. After graduating Hogwarts, he became quite the wizard, specializing in defensive spells and charms. He even earned the title “Dueling Champion,” proving that power comes in all shapes and sizes.

In the films, Flitwick (played by legendary actor Warwick Davis) looks like he might have some goblin ancestry. This surprised J.K. Rowling, who said “I must admit, I was taken aback when I saw the film Flitwick, who looks very much like a goblin/elf (I’ve never actually asked the film-makers precisely what he is), because the Flitwick in my imagination simply looks like a very small old man.”

19. Using the Devil for Good

In Harry Potter and the Philsopher’s Stone, Herbology Professor Pomona Sprout is tasked with helping make obstacles to guard the Stone, and she plants a Devil’s Snare in one of the chambers. She later uses Devil’s Snare while fighting Death Eaters in the Battle of Hogwarts, so you could call it her weapon of choice.

Former Potions Master Horace Slughorn has quite a darker claim to fame: As a teacher who loved to preen himself with the company of only the brightest students, Slughorn was the man who first told a young Tom Riddle about Horcruxes. Smooth move, Slughorn.

17. Not Your Average Librarian

Hogwarts students, be warned: If you deface or dare turn down even a corner of a book, you will feel the wrath of Irma Pince, resident librarian. She’s not all sharp edges though: many Hogwarts students believe she is in some kind of relationship with caretaker Argus Filch.

Albus Dumbledore needs no introduction, and for good reason: the man was so powerful that he could cast a Disillusionment Charm so advanced, it made him entirely invisible. Apparently his old friend Grindelwald could do this too.

Dumbledore was a truly remarkable student in his youth. He won the “Barnabus Finkley Prize for Exceptional Spell-Casting” and a gold medal at the International Alchemical Conference in Cairo. He was even made a Youth Representative to the Wizengamot (wizard supreme court).

14. Dedicated Even in Death

If there’s one teacher at Hogwarts who deserves “Employee of the Month,” it’s Cuthbert Binns. The History of Magic teacher was so dedicated to his work that he continued on lecturing to students even after he died. Well after he died: Binns even taught James Potter and his cohort as a ghost.

13. Not Your Average Teacher

Firenze, the centaur who helps Harry and friends out in the Forbidden Forest, eventually becomes a Divination professor; centaurs are well-known for their ability to read the stars and predict the future. Interestingly, “Firenze” is the Italian name for the city of Florence, where the great astronomer Galileo Galilei once lived.

Gentle giant Rubeus Hagrid is everyone’s favorite Care of Magical Creatures professor—and he certainly is a giant. While film-Hagrid is slightly shorter in stature, in the books, Hagrid clocks in at 11 feet, six inches tall. Is there a wizard version of basketball?

It’s compulsory for every first year student to take flying lessons, where they then meet Madam Rolanda Hooch, resident flying instructor and Quidditch referee. Think of her as your magical gym teacher. While Harry Potter gets a fancy Nimbus Firebolt to learn Quidditch on, the first broomstick Hooch learned to fly on was the Silver Arrow, an OG racing broom.

Professor Aurora Sinstra teaches students to identify different planets and constellations during her Astronomy classes, and because of the nature of the subject, classes are usually held at midnight in a tower of Hogwarts Castle. The Latin “sinister” means “left,” and Sinistra’s name might be a nod to the fact that most planets rotate anti-clockwise.

Although he was only at Hogwarts for one year, who can forget a character like Professor Gilderoy Lockhart? Rowling, ever interested in etymology, named this egotistical Professor “Gilderoy” after reading Brewer’s Dictionary of Phrase and Fable and seeing that two incredibly handsome highwaymen (that is, thieves) shared the name.

Although Madame Poppy Pomfrey is best known as a healer around Hogwarts, she’s also skilled at Transfiguration, and easily conjures a chair for Professor McGonagall to sit on after the death of Albus Dumbledore.

In Greek mythology, Argus is a giant with 100 eyes who works as a watchman for the goddess Hera. Although he may not be as powerful as his mythological counterpart, Argus Filch also acts as watchman for the halls of Hogwarts, and delights in catching students red-handed and dreaming up punishments for future offenders.

Some Harry Potter fans may not know this, but Professor Minerva McGonagall is actually Scottish. She was born the child of a Presbyterian Minister.

Though she seems flaky, during  the Battle of Hogwarts Trewlaney hurls crystal balls at Death Eaters, and even saves Lavender Brown from Fenrir Greyback.

3. Up in My Mentions

Severus Snape is mentioned exactly 1,849 times throughout the run of the series.

Ron and Harry might make fun of Sybill Trelwaney—and let’s not even touch on Hermione’s dislike of the woman—but the Divinations professor has some pretty good credentials: she’s the ancestor of famed seer Cassandra Trelawney, and while her predictions aren’t always exactly, er, accurate, she comes through when it counts, like predicting the defeat of Voldemort. She was also a member of Ravenclaw during her time at Hogwarts.

Avid book readers and film fans know McGonagall is an Animagus: She can transform into a cat at will. What fans may not know is that she is also only one of seven Animagi who registered with the Ministry of Magic in the 20th century. It’s no easy feat learning how to turn into an animal—just look how long it took James Potter and Sirius Black. 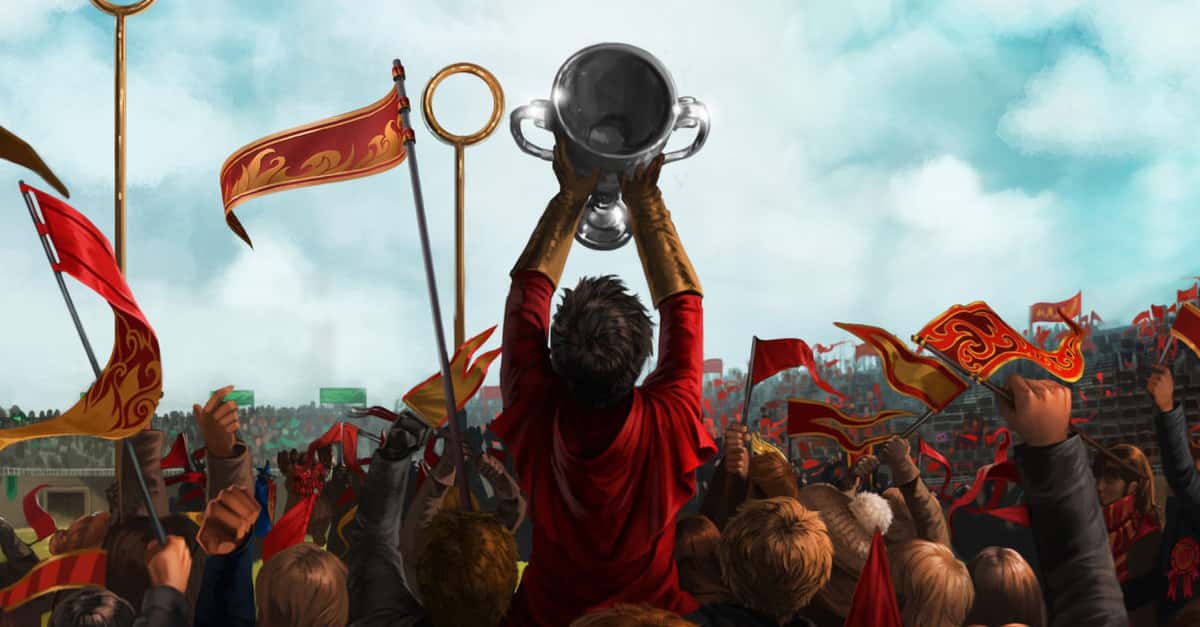 20 Brave Facts About the House of Gryffindor

20 Brave Facts About the House of Gryffindor