Is that legal? Uh yes. The law, despite being upstanding and illustrious, is fickle. Societies change, and it’s astonishing what was once legal in so-called civilized society. Conversely, some countries and states simply don’t always have the time to update all their laws, leading to some strange current legal practices out there. Here are 20 things you won’t believe were (and are!) still legal.

Disclaimer: Just because something is legal by the written word of the law, that does not mean it’s an OK thing to do. Use common sense, respect the safety of others, and treat people with kindness.

Meth was once FDA-approved and sold as “Methedrine” in pharmacies. In fact, many illicit substances were once not only legal but widely sold.

18. Can You Just Leave a Package Slip?

It was once legal to mail children through the post—although really only because no one had thought of it. At the time, the post only had weight limits, and there are several stories of quick-thinking families who sent their children through the mail rather than shell out for train tickets.

Castration was once a perfectly normal and legal thing to do, which is why we had the Eunuchs and Castrati. Homosexuality was also often treated with chemical castration; famed computer scientist Alan Turing opted to be chemically castrated rather than to face jail time.

In 2001, Belgium toyed with idea of making it legal for school children to drink light beer in a state-sponsored move meant to reduce the consumption of sugary drinks and, in turn, childhood obesity.

Once you get permission from the aeronautics division of the Department of Commerce, it’s perfectly legal to fire a missile in South Carolina. If you don’t get permission? It’s only a $100 fine.

Under US federal law, it’s legal to buy a flamethrower.

Besides shooting on a public street or over a house with people living in it, until 2016, Florida law allowed you to shoot small arms in your backyard.

Nine US states allow residents to own large cats, primates, and bears.

While it may not be encouraged, four states and the District of Columbia do not outlaw bestiality.

In 2014, the Georgia Supreme Court ruled that sending unsolicited photos of your penis through text is perfectly legal. The ruling came after a man sent a snap to a married mother. Bonus fact: he had the phrase ““STRONG E nuf 4 A MAN BUT Made 4 A WOMAN” tattooed down there.

In 2017 in Arizona, a man won the right to wear a colander on his head for his driver’s license photo. The man identifies as a Pastafarian of the Church of the Flying Spaghetti Monster, a satirical religion that pokes fun at other religions; the colander is a part of his religious beliefs.

A 13-year-old girl can legally get married in New Hampshire. A boy, however, has to wait until he’s 14.

Until 1993, it was legal in some states for men to have sex with their wives without consent.

Because extramarital intimacy is against the law, a rapist and his victim could be charged with the same crime in Dubai.

A husband can legally beat his wife in Arkansas, according to a law passed in the 1800s. Don’t worry though, he can only do it once a month.

In Hong Kong, a wife may legally kill a cheating husband—but only if she can do it with her bare hands. 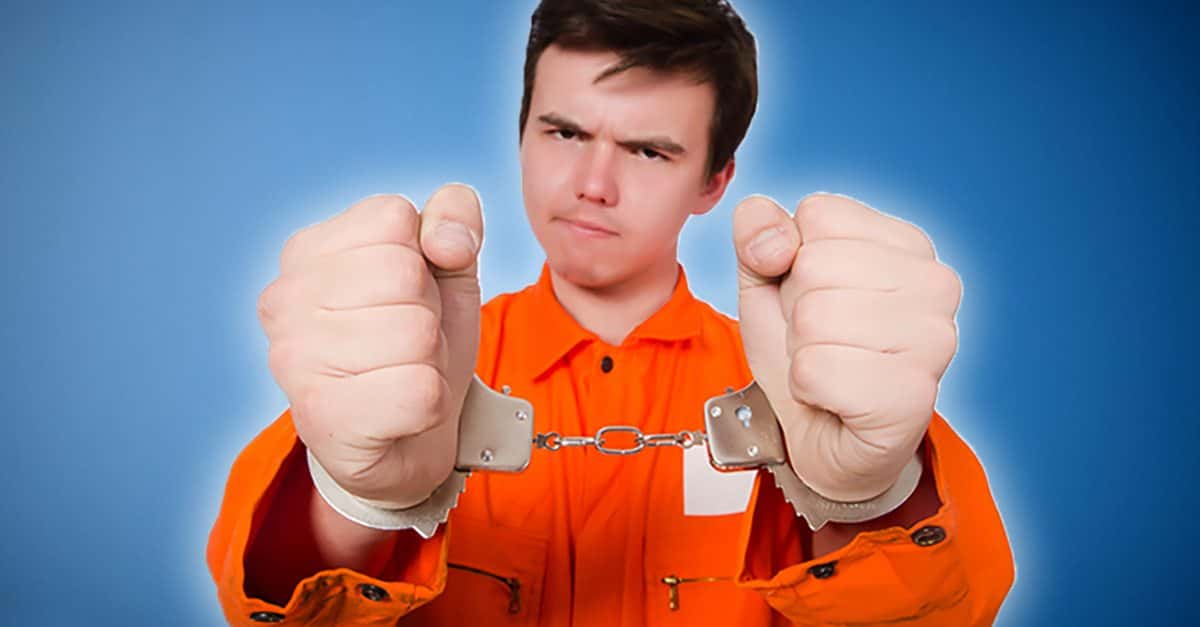