After a long day of saving damsels in distress, a knight needs a place to hang his helmet. Any good fairy tale begins and ends with a castle. And today, tourists flock to castles for the history, mystery, and romance they provide. To help you on your heroic quest, here are 24 formidable facts about castles.

Castles and palaces can sometimes seem interchangeable as “a place where a king or queen live.” The difference is that a castle is a fortified structure, with high stone walls and probably a moat, while a palace is designed more for comfort. Both house powerful people, but, generally speaking, a palace is a lavish home while a castle is a fortress.

23. Fall of the Carolingian Empire

Most of the castles in Europe were built after the fall of the Carolingian Empire in 888, when the continent was divided among many warring factions.

The oldest standing castle in Europe is the Château de Doué-la-Fontaine in France, which was built in 950.

Poland’s Malbork Castle, built in 1274 by Teutonic Knights, is the largest castle in the world (by land area) at 143,591 square metres. With its rust-red roofs and red brick exterior, it’s still a popular tourist destination.

Even though anyone who built, or needed, a castle would have been very powerful in their own right, in certain nations one required permission from the king or queen to build one. This was the case in West Francia; in 864, the king of West Francia, Charles the Bald, ordered any castle built without his approval destroyed. Maybe that’s why he ended up with such an unflattering moniker.

The earliest castles were made of wood–an ineffective defense because, well, you can totally burn wood down. Once fire-wary lords started building with stone, the primary weapons of attack became battering rams, catapults, or just plain patience, waiting as the residents of the castle slowly ran out of supplies and gave up.

Between the 11th and 13th centuries, most castles were built on top of large, man-made hills called mottes. The mottes often overlooked a fenced field called a bailey. As castles grew in size and began to be made of stone and placed on natural peaks, mottes fell out of favour.

The motte-and bailey style was replaced by the “stone keeps.” These are probably what comes to mind when you think of a medieval castle: thick stone walls, a few narrow windows, and defensive turrets used for keeping watch. These were developed in the 12th and 13th centuries and were very difficult to overtake. Additionally, There were no toilets in medieval castles, just a stone room with a hole where clothing was also kept, as the smell repelled insects.

16. Everything’s Better With a Bear

Moats were defensive ditches dug around a castle. Most were filled with water in order to deter enemies from tunnelling into the castle. Other castle-dwellers were more creative: the moat at Český Krumlov Castle in the Czech Republic has been periodically filled with bears since 1707. Today, the bears have their own keeper and are even thrown birthday parties and festivals. Seriously, who wants water when you can have bears?

The only way across the moat was a drawbridge. Unless lowered, the drawbridge barred the main entrance to the castle grounds, and even when lowered it was usually backed by a heavy gate called a portcullis. There are still some working drawbridges dating from the Middle Ages in England and France.

Dungeons were also a common part of the castle, and were indeed used to keep prisoners at times, but they weren’t so terrible as some stories make them out to be. Often the narrow cells that get passed off as dungeons on castle tours were store rooms or cisterns.

One clever detail of castles? Their spiral stairwells almost always turn clockwise to keep invaders at an enormous disadvantage: the vast majority of swordsmen, like writers, are right-handed and keep their swords in their right hand. As invaders ascended the stairs, they wouldn’t be able to lead with their sword arm, while the residents descending the stairs would be able to comfortably swing at enemies with their dominant hand.

Of course, somebody had to design and build these castles, and there were architects who specialized purely in castle-making. Perhaps the most successful of these was James of Saint George, who built Conwy, Harlech, and several other castles.

While working on Beaumaris Castle, James of Saint George wrote a letter to his bosses detailing the amount of labour (and money) required to build a castle. He cites 400 masons, 2,000 unskilled labourers, 200 quarrymen, 30 smiths, not to mention a bevy of carts, wagons, and boats for delivering materials. All told, construction of Beaumaris Castle cost ₤15,000—more than ₤10 million today.

Despite their massive size and complex layout, as well as the limited construction tools of the time, a castle only took about 10 years to build.

The Norman Conquest of 1066 brought castles to Great Britain. Today, there remain over 1,500 castle sites in England, and even more have crumbled into ruin.

Home of the royal family of the English Commonwealth, Windsor Castle is both the oldest and largest continuously inhabited castle in the world. It was built in the 11th century, again after the Norman Invasion, and has been used by the reigning monarch since the reign of Henry I. The castle also houses the famous St. George’s Chapel, which is done in the Gothic style and houses the Order of the Garter.

Of course, the English castles are not a unique phenomenon. Europe was home to over 100, 000 castles, most of which have, again, been lost to war and age.

In Romania stands a particularly treacherous, ruined citadel that looks out over the Arges River valley. Poenari used to be the main fortress of the notorious Vlad the Impaler, the man who inspired Dracula (in name, anyway). Fittingly for a fortress that once housed a harsh ruler, to reach Poenari, you have to climb 1,480 concrete stairs—that is if you can even survive the mountainous Transylvanian terrain beforehand.

5. Home Is Where the Moat Is

Today, castles are popular sites for tours, weddings, and festivals. Some castles are even still used as private residences. If living in a castle would be your dream come true, you’d better get your pocketbook ready: Inniscorrig Castle near Dublin, for example, is on the market for $11.6 million. It does have its own private harbour.

Beginning with the Crusades, European architecture spread throughout the world. Today, there are European-style castles in South Africa, Syria, and even Florida.

Since they are so old, and are home to centuries of intrigue, espionage, execution, and siege, it should come as no surprise that many castles are said to be riddled with ghosts. Edinburgh Castle, for example, is supposedly home to a whole host of spirits, including a ghostly dog, a beheaded drummer, and the lady of the house who was burned as a witch. Leap Castle in Ireland, reportedly the world’s most haunted castle, is visited by an unseen force called “the Elemental.”

In the late 18th century, Gothic literature was all the rage in Europe. Novels like The Monk and The Italian were full of mystery and heart-pounding dread. Castles, with their ancient and foreboding atmosphere, crumbling walls, and promise of ghosts, provided the perfect setting for these terrifying tales. In fact, Horace Walpole’s 1764 The Castle of Otranto is widely considered to be the first gothic novel.

Ludwig II spent so much on Neuschwanstein Castle that he was declared insane. Days later, his dead body was found. It was ruled suicide by drowning, but an autopsy later revealed that no water was found in his lungs and two bullet holes were found in his jacket. Arguably the most beautiful castle ever built, Neuschwanstein cost 6.2 million German marks to build. The castle also provided the inspiration for the castle in Disney’s Sleeping Beauty, and though it might look like something out of a medieval fairytale, construction wasn’t started until 1868. Its walls were decorated with homages to famed opera composer Richard Wagner. 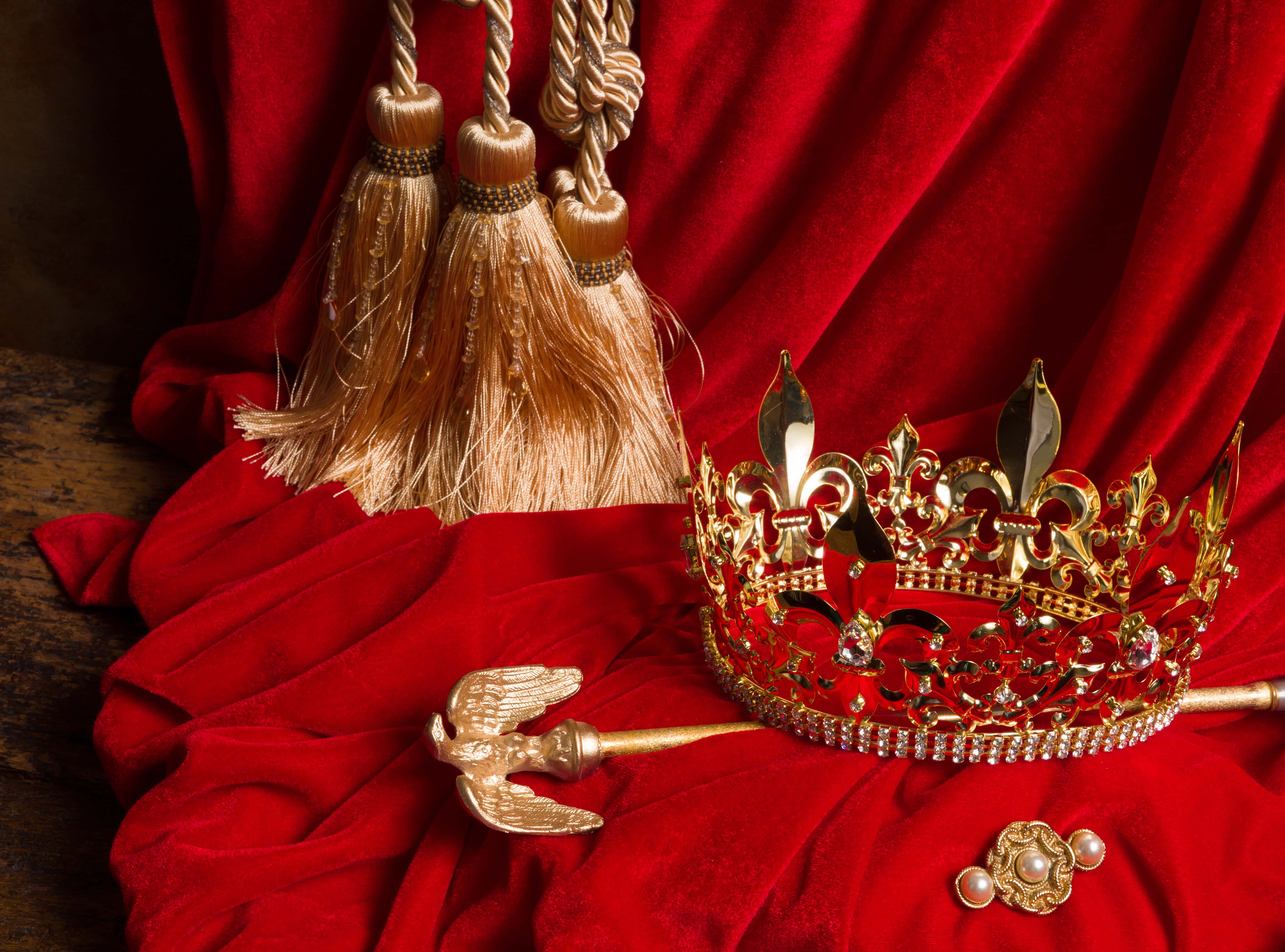