30 Ingenious Facts About The Films Of James Cameron

30 Ingenious Facts About The Films Of James Cameron

Hailing from Canada, James Cameron is a filmmaker, director, producer, screenwriter, inventor, engineer, and deep-sea explorer. His 13 films have grossed over $6 billion dollars worldwide and he is widely considered to be both a genius and one of the most difficult people to work with in Hollywood.

Here are a few things about his movies you might not know.

The entire plot of The Terminator came from a nightmare that Cameron had while he was reluctantly directing real-life nightmare Piranha II: The Spawning. After a night of editing a movie that he hated, he had a dream about a chrome torso crawling out of an explosion and dragging itself across the floor. He wrote the story the next day and launched a billion-dollar franchise. The only thing my nightmares have created are soiled pants.

To pitch the movie, Cameron had actor Lance Henrikson show up to the meeting by breaking down the door and entering the office decked out in a Terminator costume. The studio head loved the gimmick and the pitch and greenlit the movie with a budget of $6 million.

The studio originally wanted Cameron to cast O.J. Simpson as the Terminator. Cameron was very much against this idea. O.J. Simpson as a murderer was just too unbelievable.

Terminator 2 was, at the time, the most expensive movie ever made. Cameron alone was paid as much to direct the movie as the budget of the entire original film. Schwarzenegger was convinced to come back to the role for $15 million dollars, $12 million of which was in the form of a Gulfstream jet.

The Terminator sequel ushered in a new era of special effects with 35 artists working for six months on shots of the morphing T-1000 that equaled about 5 minutes of screen time in a 136 minute long movie. To help with the effects, they used software that was actually the first version of Photoshop.

Casting director Mali Finn cast a wide net to find the boy to play John Connor. She found Edward Furlong at The Boys and Girls Club of Pasadena after he caught her eye. He was standoffish and called her “frog lips.” That confidence won him the part. And yet every time I insult an interviewer we never get the job and need to be escorted from the building. Life ain’t fair.

The original ending of Terminator 2 had Linda Hamilton in lumpy old age makeup watching John, who is now a US Senator, play with his daughters in a park surrounded by other park-goers in futuristic clothing. Audiences hated it and Cameron had to figure out an alternative.

Schwarzenegger returned for round three as the Terminator for a whopping $29.25 million. His contract stipulated that $1.5 million of the budget had to be set aside for private jets, a fully-equipped gym, deluxe hotel suites, limousines, and bodyguards for his personal benefit at all times. He also received 20 percent of the gross receipts on the film, DVDs, TV rights, game licensing, and in-flight movie licensing.

In the mid-90s, Cameron announced he would make a Spider-Man film with Leonardo DiCaprio starring as Spider-Man and Arnold Schwarzenegger starring as Doctor Octopus.

21. Tanks for the Memories

While filming The Abyss, Ed Harris almost drowned. He was holding his breath in a set submerged in a giant water tank, ran out of a breath and signaled for oxygen, but his diver got hung up on a cable and couldn’t reach him. A crew member gave him a regulator, but it was upside down and caused him to suck in water. A camera man fixed it and Harris could finally breathe. Later that evening, Ed broke down and cried. Because he’s a real man, and after almost drowning, real men cry.

Even though Harris was nearly drowning, Cameron never stopped filming and, incensed by his apparent disregard for his safety, Harris punched Cameron in the face.

Real oxygenated fluorocarbon fluid was used in The Abyss during the rat fluid breathing scene. The Duke University doctors that pioneered this technique were consultants on the film.

Cameron originally planned to have Avatar completed for a release in 1999 but, at the time, the special effects he wanted with the available technology put the budget at $400 million. No studio would take the risk so it was shelved for eight years.

In The True Lies scene where Jamie Lee Curtis is dangling off a helicopter over the ocean, she refused to use a body double. She performed the stunt herself, and on her birthday, no less.

Three of the jets in True Lies are actual military fighter jets. The producers rented out three Marine harriers from the US government for the bargain basement price of $2,410 per hour.

Jamie Lee Curtis’ role as Helen was originally to be played by Jodie Foster, but she had to turn it down when she signed on for the lead in Nell.

The filming of The Terminator was delayed nine months because Schwarzenegger was contractually forced to film Conan the Destroyer. Cameron used this time to write the screenplay for Aliens and co-wrote Rambo: First Blood Part II.

12. At Least They Used Lube

In Aliens, the slime and drool was made from K-Y jelly, y’know, just in case the nightmare that is the Alien queen wasn’t gross enough.

There was almost a mutiny on the Aliens set as the unionized crew members resented the 14-hour days and the assistant director thought he should be the one in charge. He mocked Cameron, rolled his eyes at him, called him “guv’nor”, and got himself fired for insubordination.

James Horner thought he’d have six weeks to write the music for Aliens, but was only given three. Horner called the experience a “nightmare” and vowed to never work with Cameron again until he came a callin’ with Titanic. Horner also earned himself an Oscar nomination for his Aliens score.

After finding out that she had to be naked in front of Leonardo DiCaprio for the filming of Titanic, Kate Winslet broke the ice at their first meeting by flashing him.

When Jack is preparing to draw rose, the line was meant to be “Lie on that couch,” but DiCaprio messed it up and said, “Over on the bed… the couch,” instead. Cameron liked it so much that he kept it in the movie.

The running length of Titanic, except the present-day scenes and the opening and ending credits, was two hours and forty minutes, exactly the time it took for Titanic to sink. The iceberg collision also reportedly lasted 37 seconds, exactly how long that scene is in the movie.

The scene where Rose spits in Cal’s face was ad-libbed. The original script called for her jabbing him with a hairpin. Nobody told Billy Zane about the change, however, and his reaction to the spit is genuine.

5. A Deep Dive into History

James Cameron went on dives to the real Titanic himself and found it such an overwhelming emotional experience he ended up spending more time with the ship than its living passengers did.

On the set of Avatar, James Cameron allegedly kept a nail gun that he would use to nail cell phones, which had the misfortune of ringing at the wrong time, to the wall above the exit sign.

The Na’vi language was created from scratch by linguist Dr. Paul R. Frommer, who came up with a language that did not resemble any single human language but had words the actors could easily pronounce. There are 1,000 words in the Na’vi language.

Schwarzenegger almost died on the set of True Lies after his horse got spooked by a camera boom and reared up near the edge of a very steep drop. Arnold managed to slip off the horse in time and was pulled to safety by a stunt man.

To appease studio fears, Cameron promised to forgo his director’s fee if Avatar flopped. It became the first movie to ever cross the US $2-billion mark worldwide and was the highest-grossing film in history. 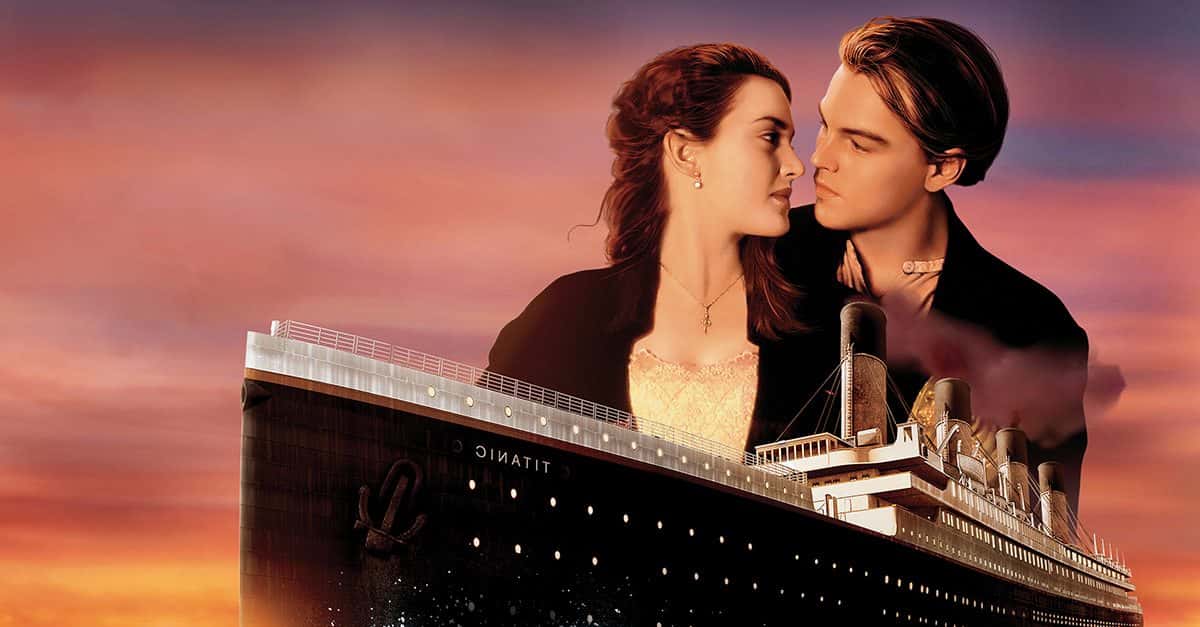 Behind-the-Scenes Facts About The Movie Titanic

Behind-the-Scenes Facts About The Movie Titanic