Famous in modern culture for his many adaptations into film and television, most notably Kirk Douglas and his “I’m Spartacus!” line in the Stanley Kubrick film, the story of this slave leading a revolt has captivated us for over half a century. Here are some facts to fill you in on who the man actually was, and help you separate fact from fiction.

Born around 111 BC, Spartacus was a Thracian, an Indo-European tribe on the outskirts of the Roman Empire, in Bulgaria. It is believed he was nomadic, but not much is known about his early history.

Spartacus was initially a member of the Roman army. He wasn’t really a fan of not being able to have his life in his own hands, so he fled the army in order to live life as a free man. Some historians argue that Spartacus was actually a Roman auxiliary officer before escaping, which would mean that he originally volunteered service.

Running away from any army, let alone the Roman army, is usually not a good idea. After going AWOL, Spartacus was captured and forced into slavery as punishment for his desertion. What did he think was going to happen?

As a gladiator, Spartacus was trained in the role of a “murmillo,” a heavyweight gladiator. Murmillos fought with a broadsword up to 18 inches in length, and used a large shield called a scutum in defense. Oh, and they also fought bare-chested and barefooted. Sounds like fun times.

Spartacus was pretty damn good at escaping bad situations, and after some time, he was able to manage another escape, this time with 70 other slaves. The escape was planned and executed at the gladiator school.

The escapees wielded kitchen utensils as weapons while fighting their way to freedom. Once they broke free, they seized wagons full of gladiator weapons and fought off the local police before fleeing South to set up at Mount Vesuvius.

They now had plenty of supplies, and while they traveled south, they began fighting to free other slaves, and recruiting them to their side. That must not have been too hard; by all accounts, slavery isn’t a sweet deal or anything.

19. More Than Rome Can Handle

The name of the war that Spartacus stirred up was the “Third Servile War.” At first, the Romans considered the revolt more as a police issue than a full blown conflict. As things escalated, however, the Romans quickly found that these were no ordinary slaves.

Accounts say that three men were chosen as leaders of the rebel slaves: Spartacus and two Gallic slaves, Crixus and Oenomaus.

Originally comprised of only 70 escapees, the rebellion army population quickly skyrocketed to over 65,000 men. Some estimates even put the number at around 125,000 men.

While the escapee forces were comprised mostly of ex-slaves, Spartacus also allowed many of the shepherds and herdsmen of the area to join in the fun.

Spartacus wasn’t the first slave to rebel, and his slave army was not the first that Rome attempted to put down. The First Servile War and Second Servile War both took place in Sicily, with the second resulting in a four-year fight between the slaves and Rome. Nonetheless, Spartacus’s rebel army was bigger and more organized than the groups in these previous revolts.

Spartacus’s revolt led to a “fear of slaves,” known as “terror serilis.” This fear spread throughout Rome, as the first two Servile Wars had already taken their toll on the population.

Under Spartacus’s leadership, the rebel army was able to defeat nine separate Roman armies during the war by causing chaos in the countryside and aggressively attacking the Roman armies who underestimated the slaves’ capacity and capabilities.

Part of the reason why Spartacus was so successful in fighting Roman armies was that Rome didn’t have their best men available to wage war, as Rome was already engaged in two other wars at the same time—a revolt in Hispania (Spain) and the Third Mithridatic War—which called for their most capable generals and soldiers.

During the war, Spartacus and his right-hand man Crixus split up for some reason. Some believe it was a strategic plan by the leaders, and some believe Crixus wanted to pillage the Roman countryside on their way to Rome. Whatever the reason, it would prove detrimental: Crixus left the group with about 30,000 followers.

After splitting up, Crixus and his followers were attacked and defeated by the Roman army. Upon hearing of Crixus’ death, Spartacus took revenge by sacrificing the lives of 300 of his Roman captives.

Another possible pitfall for Spartacus and his men may have been their time wasted pillaging the countryside; this pillaging was attractive because they were able to collect small fortunes. This time, however, could have been used more efficiently if they had dedicated themselves to escaping over the Alps instead.

Before he sacrificed the Romans, Spartacus had some fun. In a staging of a role-reversal, Spartacus held a mock gladiator game, pitting the Roman soldiers against each other in a fight to the death.

After their escape from the gladiator school, Spartacus’s wife, a prophetess of the times whose name has been brushed into the winds of time, woke up one morning and saw Spartacus sleeping with a serpent cozied up around his head. She perceived this as a sign of things to come, and said it represented “a tremendous and fearsome power that would bring him to an unfortunate end.”

Spartacus’ rebellion plans suffered a fatal blow when he attempted an escape to Sicily in order to recuperate his losses and incite a larger rebellion on the island. His plan backfired when the pirates he made a transportation deal with betrayed him and took the money and ran, leaving the rebels stranded.

Before the final battle of the war, the Battle of the Silarus River, Spartacus made a bold move to rile his troops up: He brought his horse before his men and killed it, declaring that if they won the battle, he would have new horses to choose from, but if they lost, he simply would not need one.

4. Death on the Battlefield

Spartacus died on the battlefield at the banks of the Silarus (now known as Sele) river. However, one source reports that his body was never recovered. There were so many dead after the battle that it was deemed impossible to properly count how many each side lost, although modern estimates guess that 36,000 people were killed.

Spartacus’s objectives for inciting the war are mysterious and debated. Nothing suggests, however, that the great rebel was looking to promote the abolishment of slavery. Some sources argue that he (as well as the other slaves) was merely looking to escape before getting caught up in plundering, while others claim he (at least initially) wanted to march on Rome.

In the spirit of the original Spartacus, Kirk Douglas, the actor who portrayed on screen, made a rebellion of his own in his work with Dalton Trumbo, the screenwriter for the film Spartacus. A Hollywood pariah at the time, Trumbo had been blacklisted (that is, banned from working in Hollywood) due to his refusal to testify to the Un-American Activities Committee. Douglas agreed that Trumbo could use his real name in the credits of the film, essentially breaking the McCarthy-era blacklist in the process.

During his rebellion against the Romans, Spartacus led his fellow slaves to victory in a bloody battle on the slopes of Mount Vesuvius, a live volcano, where Spartacus actually rappelled down the sides of the mountain with his troops to ambush the Romans. 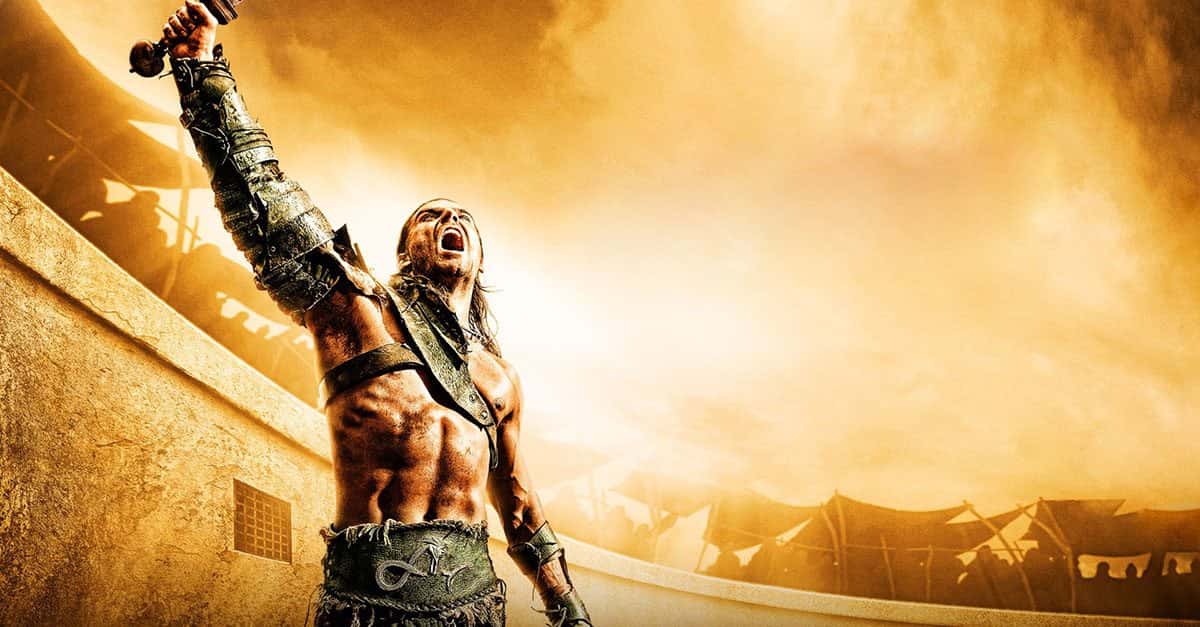