38 Facts About Guardians of the Galaxy

38 Facts About Guardians of the Galaxy

Marvel Studios took a big risk with Guardians of the Galaxy, a big budget sci-fi action extravaganza that features obscure characters from one of the lesser known comics in the Marvel universe. It was one of the most successful and best reviewed movies of 2014 and, to nobody’s surprise, generated a sequel which was release in May 2017.

To prepare for the future of Starlord, read these little known facts about the series below.

In the 1969 comic where they were introduced, the original Guardians were Vance Astro from Earth, Martinex from Pluto, Charlie-27 from Jupiter, and Yondu from Centauri IV. Yondu appears in the film, played by Michael Rooker, though in a more adversarial role. He was the blue guy who constantly threatened Star Lord throughout the film.

The film’s soundtrack, Awesome Mix Vol. 1, was the first film soundtrack to make it to number one on the Billboard chart without a single original song. It surpassed $1 million in sales in January of 2015. Not too shabby!

Knowhere, the starport visited by Peter Quill (Star Lord) and his crew was the severed head of an ancient being known as a Celestial. How his head ended up as a port of a call at the end of the universe is a mystery, but we wonder how he feels about having his head converted into a starport…

In order to capture the big screen version of Rocket, director James Gunn brought a real raccoon, named Oreo, to the set. He was so helpful, that Gunn wound up bringing Oreo to the Guardians of the Galaxy red carpet premiere in Los Angeles. No word on which designer Oreo decided to wear.

The three circular lights that you see on the Nova Corps armor are meant to represent the three suns of Xandar, their home planet.

According to some websites, Guardians of the Galaxy has the highest body count in movie history at 83,871. Apparently the Death Star and Alderaan don’t count towards Star Wars’ total.

Dave Bautista had to stand for five hours while they applied full body makeup and then for another hour and a half while they removed it. According to Chris Pratt, he never once complained.

Ronan the Accuser’s gigantic spaceship, The Dark Aster, is as big as the 1,454 foot Empire State Building turned over 11 times. That’s 15,994 feet for people who can’t do the math in their head.

Vin Diesel recorded the line “I Am Groot” over a thousand times and even did the recordings on stilts because that’s what you do when you’re a method actor playing a tree.

In a film about a sentient tree and his talking raccoon pal, fans were up in arms about an “unrealistic” scene in which Gamora floats in the vacuum of space after her ship was destroyed only to be saved when Peter Quill rescues her by also flying through space and giving her his breathing mask. NASA waded into the depths of the Internet to confirm that it was theoretically possible. More disturbingly, they cited evidence from experiments performed in the 1960s involving chimpanzees. Someone call PETA.

Director James Gunn recorded his own dance moves for his animators to use as a model for the immensely popular Baby Groot proving that white people can dance, as long as they’re pretending to be a tiny tree.

When first casting the voice of Rocket Raccoon, Marvel initially considered Adam Sandler or Jim Carrey. Both would have lent comic energy to the role, but at the end of the day, Bradley Cooper won the role. Because when you need someone to play a sociopathic raccoon, it’s a bonus if they’re super good looking.

Amongst the many well-known actors (Joseph Gordon Levitt, Eddie Redmayne, John Krasinski) who auditioned for the role of Peter Quill, the one who came the closest to taking it from Chris Pratt was Glenn Howerton, most famous for his role as Dennis on It’s Always Sunny in Philadelphia. While most people agree that Pratt was near perfect, it would have been fascinating to watch Howerton turn a 5-star man into a Star Lord.

We know you are, Dennis.

Rocket Raccoon’s accent in the comics was originally meant to be Cockney. And while nobody knew exactly what Bradley Cooper was going to do, his accent was most definitively not Cockney. Cooper cited Tommy DeVito (Joe Pesci’s character in Goodfellas) as an influence on the final product.

Because Bradley Cooper wasn’t able to be on set for most of the shoot, the physical part of Rocket Raccoon was played by the director James Gunn’s brother Sean (best known as Kirk from Gilmore Girls). This led to several lines being improvised that weren’t in the original script as well as a fulfillment of James Gunn’s lifelong dream of ordering his little brother to act like a raccoon.

Chris Pratt claims that major influences on his performance as Star Lord were Han Solo and Marty McFly.

Three of the creatures that could be seen stuck in cages on the Collector’s base are a Dark Elf from “Thor: The Dark World”, a Chitauri from “The Avengers”, and a slug creature from “Slither”, a movie previously directed by James Gunn.

Yondu, played by Michael Rooker, was actually one of the original Guardians of the Galaxy that first appeared in the 1969 comic books. In the comics, he is an archer. In the film, he took down his enemies with a sentient arrow.

In the film, there is a dog in a CCCP space suit in the Collector’s exhibition case. This dog is Cosmo, and in the comics, he was a Russian dog with psychic powers and was one of the main members of the Guardians of the Galaxy. He did not get along with Rocket, which is alluded to in the film.

16. It’s the Journey, Not the Destination

Chris Pratt and Dave Bautista rehearsed their originally scripted fight scene for two and a half months. The Friday before they were scheduled to film it, James Gunn tossed it out and decided he wanted the entire fight filmed in one long shot. Pratt and Bautista only had a few hours to learn the choreography for the fight that ended up in the final cut. It took twenty-two takes.

Karen Gillan shaved her head for the role of Nebula and then made a wig out of her hair.

The post-credit scene features Howard the Duck, the titular character from a series of existentialist comic books. The film adaptation which, according to many fans, missed the point of the comics, was widely panned by critics. Howard the Duck may return for the Guardians of the Galaxy sequel.

Within thirty seconds of Chris Pratt’s audition, director James Gunn was willing to offer Pratt the role and joked that he would put a CGI six pack on Pratt if he failed to get in shape on time.

The opening scene was originally supposed to be set to the song “Hooked on a Feeling” but James Gunn changed it to “Come and Get Your Love” because he felt it worked better.

Although uncredited, Josh Brolin, who played Thanos, was the last person cast in the film. He based his portrayal of Thanos on Marlon Brando’s role of Colonel Walter E. Kurtz in Apocalypse Now.

Peter Quill uses a cassette player called the Sony TPS-L2. It was the first cassette player released in 1979 and called the Walkman. The popularity of the film has renewed interest in classic Walkmans to the chagrin of hipsters everywhere.

9. But Where Would She Put It?

When measuring Djimon Honsou for his outfit, costume designer Alexandra Byrne remarked that he was so perfectly built, she could put a beanbag on him and he’d make it look good.

The Guardians of the Galaxy screenplay was written by Nicole Perlman, the first woman to ever be credited with writing a Marvel-produced screenplay.

The blue alien that Groot picks up by the nostrils in the Kyln was played by Nathan Fillion, space cowboy.

6. Less Scary Than A Clown

Chris Pratt stole his Star Lord costume from the set for the sole purpose of wearing it to hospitals to visit sick children who might want to meet Star Lord.

5. Not Just a Pretty Picture

A mural on the floor containing the Orb at the beginning of Guardians of the Galaxy depicts the four Cosmic Entities in the Marvel universe: Death, Eternity, Entropy, and Infinity. In the center of the mural are the six Soul Gems, an important plot device that weaves throughout the entire Marvel Cinematic Universe.

Guardians of the Galaxy was the first non-Avengers Marvel film to be developed by Walt Disney pictures and fans claim there are several images of Mickey Mouse hidden throughout the film.

3. Who Needs Him Anyway

It was the first Marvel Cinematic Universe film to cross $300 million in domestic box office that did not feature Iron Man (who was meant to make a cameo in the first film, but didn’t because of contract issues with Robert Downey Jr).

2. It’s A Term of Affection

Near the end of the film, Star Lord refers to Ronan the Accuser as “turd blossom” which is also the nickname George W. Bush used for Karl Rove, who also may be a supervillain hellbent on destroying the world.

Vin Diesel says that becoming Groot helped him through a very difficult time; he was grieving for Paul Walker, his best friend and co-star in the Fast and the Furious franchise, who died in a tragic car accident. “It was the first time I came back to dealing with human beings after dealing with death, so playing a character who celebrates life in the way Groot does, was very nice.” 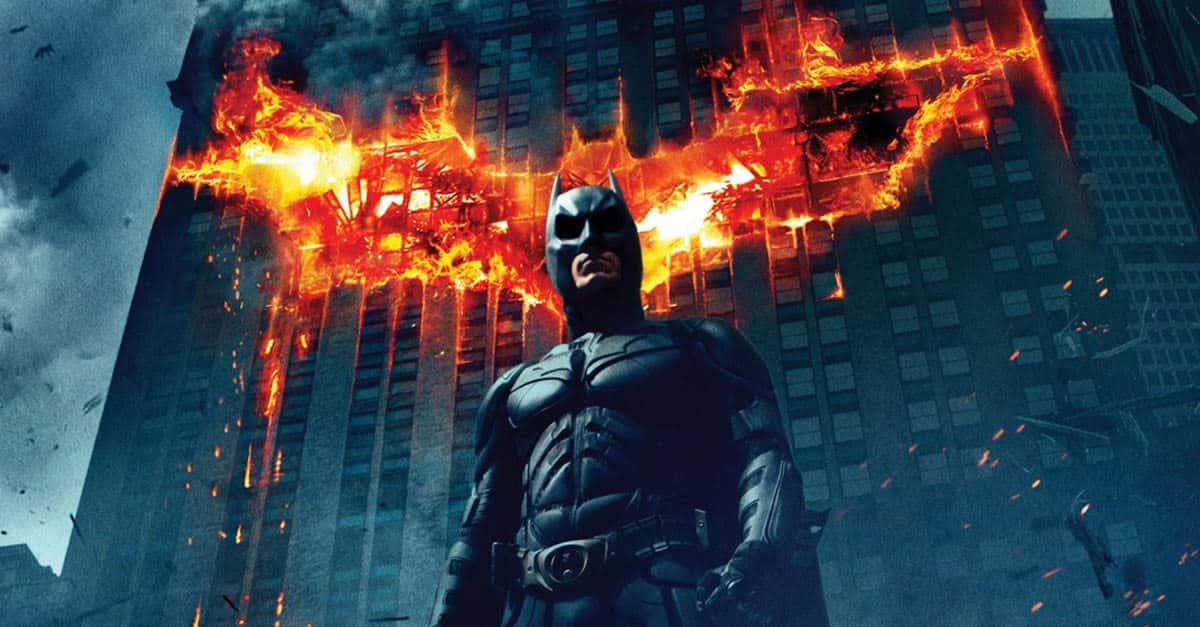