The Coelacanth And The Mysteries Of The Deep

The Coelacanth And The Mysteries Of The Deep

At first glance, the coelacanth (pronounced SEE-le-kanth) kind of just looks like any other fish in the sea. It’s got a fishy head, fishy eyes, fishy fins. Many people might look at one and assume it’s unremarkable. Why should anyone care about this particular denizen of the deep when there are great white sharks and electric eels out there? 2,200-pound sunfish and lightning fast marlins? Well, behind its unassuming appearance, the coelacanth is maybe the most remarkable fish in the entire ocean.

Let’s start with the basics. Coelacanths are deep-water fish that live in the ocean’s “twilight zone,” about 500 to 800 feet down. They reside in underwater caves formed by volcanic islands, feeding on any small fish unlucky enough to swim too close. Modern coelacanths grow to be around six feet long, can weigh over 200 pounds, and are covered in huge, armored scales. They are also of next to no commercial value to humans—their meat tastes awful and can even make humans ill, and no one in their right mind would go out of their way to catch one.

OK, I’ll admit, that doesn’t exactly paint the picture of the most remarkable fish in the entire ocean—but what if I told you that the coelacanth is actually more closely related to you and me than it is to 99% of fish in the sea? Would that be a start?

To explain that little bombshell, let’s back up for a second and talk about fish as a whole. There are two broad categories of fish in the sea. The “cartilaginous fish,” like sharks and rays, have skeletons made entirely of cartilage, the same stuff that your nose is made of. While the cartilaginous fish feature some of the most impressive fish in the sea (think whale sharks, manta rays and great whites), they’re seriously outnumbered by the “bony fish,” which have, you guessed it, skeletons made of bone.

To make things just a bit more complicated, the bony fish themselves are then split once again into two categories. First, there are the ray-finned fishes, which constitute the vast, vast majority of all fish in the sea. If I told you to picture a fish, there’s a 99.99% chance you’re picturing a ray-finned fish. There are, after all, nearly 30,000 kinds of them. Goldfish, sunfish, clownfish, catfish. Salmon, trout, tuna, carp, cod. Moray eels, seahorses, great groupers. One fish, two fish, red fish, blue fish. They’re all ray-finned.

But there’s another group of bony fish: the lobe-finned fishes, the group that the coelacanth belongs to. While you could fill a textbook with ray-fins, you can count all the living lobe-fin species on your fingers. But while this extremely ancient lineage of fish may not have the advantage of numbers, they are still extremely important in the history of life. After all, we wouldn’t be here without them.

The untrained eye might struggle to notice the difference between a ray-finned fish and a lobe-finned fish like the coelacanth (I’ll admit I couldn’t really tell for years), so I’ll do my best to explain it to you. While the former’s fins are attached directly to the fish’s side, the latter’s fins are attached to strange, fleshy lobes that extend from its body. If you still struggle to tell the difference, don’t worry, you’re not going to come across too many lobe-finned fish in your life, but there’s one very important thing to know about those lobes: They are supported by bones. That makes them, in effect, arms and legs, something that no other fish have—and it was upon those proto-arms and legs that, hundreds of millions of years ago, lobe-finned fish first hauled themselves onto land.

That’s why the coelacanth is more closely related to every dinosaur, every elephant, and every human being than it is to the goldfish in your aquarium. Its fleshy fins that sway through the water in a conspicuous “walking-like” motion are a living clue to how life managed to colonize the lands of the Earth. Those early lobe-finned pioneers eventually evolved into amphibians, which in turn diversified into reptiles, birds, and mammals like you and me.

Now, for a phylogeny nerd like me, that’s pretty darn remarkable—but don’t worry, the coelacanth’s odd, stumpy fins aren’t the only reason that this particular fish is worth your time. That’s not why one scientist said “a bomb seemed to burst in [his] brain” when he received a crude sketch of what looked like a coelacanth in the mail. His reaction happened because when one lucky woman discovered a dead coelacanth in South Africa, it was the equivalent of finding a T-Rex hiding in the jungle: it was supposed to have been dead for almost 70 million years.

Back From the Dead

Science has known about coelacanths for over a century, but we initially only knew about them from fossils. They first appeared nearly 400 million years ago, but they disappeared from the fossil record completely about 70 million years ago—around the time that the dinosaurs went extinct.

So in 1938 when Marjorie Courtenay-Latimer, a natural history museum curator, sent a drawing of a strange fish carcass to chemistry professor J.L.B. Smith, he couldn’t believe what he was seeing. The instant he received Courtenay-Latimer’s letter, he sent back an urgent telegram: “MOST IMPORTANT PRESERVE SKELETON AND GILLS [OF] FISH DESCRIBED.” Could it really be a fossil come to life?

In their subsequent correspondence, Smith could not contain his anxious excitement. He wrote to her, saying:

“Your fish is occasioning me much worry and sleepless nights. It is most aggravating being so far away. I cannot help but mourn that the soft parts of the fish were not preserved even had they been almost putrid. I am sorry to say that I think their loss represents one of the greatest tragedies of zoology, since I am more than ever convinced on reflection that your fish is a more primitive form than has yet been discovered.”

Finally, after many days of anticipation, Smith was able to see the preserved fish for himself, and his suspicions were confirmed—this was a coelacanth, dredged back from the brink of existence. He could barely contain his excitement. After all, it’s not every day that you discover a Lazarus taxon, a species (like the Bible’s Lazarus) seemingly back from the dead. It truly was as if Courtenay-Latimer had discovered a dinosaur or a wooly mammoth in the flesh.

So how was the supposedly prehistoric coelacanth—a link between us and the ocean-dwellers we came from—able to rise again? Why did they completely disappear from the fossil record, while some populations were clearly still alive and well? As with so many mysteries, the answer lies at the bottom of the ocean.

When coelacanths were in their prime hundreds of millions of years ago, they came in many different shapes and sizes. Some were formidable, agile predators; some were giant; some even lived in freshwater rivers and lakes. These fish occupied many different habitats, and not all habitats have the same pressure to evolve. The deep sea, for instance, is an extreme, relatively unchanging environment. Deep-sea Coelacanths were perfectly adapted to living there millions of years ago, and they’re still perfectly adapted to living there today.

The modern coelacanth looks almost identical to the 70 million-year-old fossils that we’ve found because there was no real selective pressure driving it to change. No particularly threatening predators or drastically changing climate. The deep sea back then was, for all intents and purposes, quite similar to the deep sea today, so why fix what ain’t broken?

The deep-sea environment can also explain why no palaeontologist had found a coelacanth fossil from the last 70 million years. The bottom of the ocean very rarely sees the conditions required for an animal’s remains to fossilize, and since the only remaining coelacanths have resided there for all this time, it’s little wonder that they “disappeared.” Palaeontology is, unfortunately, an imperfect science because the fossil record never tells the whole story. Scientists can only read into what Mother Nature has deigned to leave them, and she’s nothing if not an unreliable narrator.

So while the coelacanth may appear to be like many other fish in the sea, it is so much more than that. It is an extremely rare hint at our origins. It is a glimpse at the prehistoric world, a time when dinosaurs roamed the earth and ocean. But it also represents something else.

The ocean is by far the largest habitat on earth. There is unfathomable room for life to hide and thrive beneath the waves. And if the coelacanth, a creature we assumed went extinct millions of years ago, could have survived in seclusion for all this time, who knows what other mysteries might remain for us to discover in some distant corner of the sea? 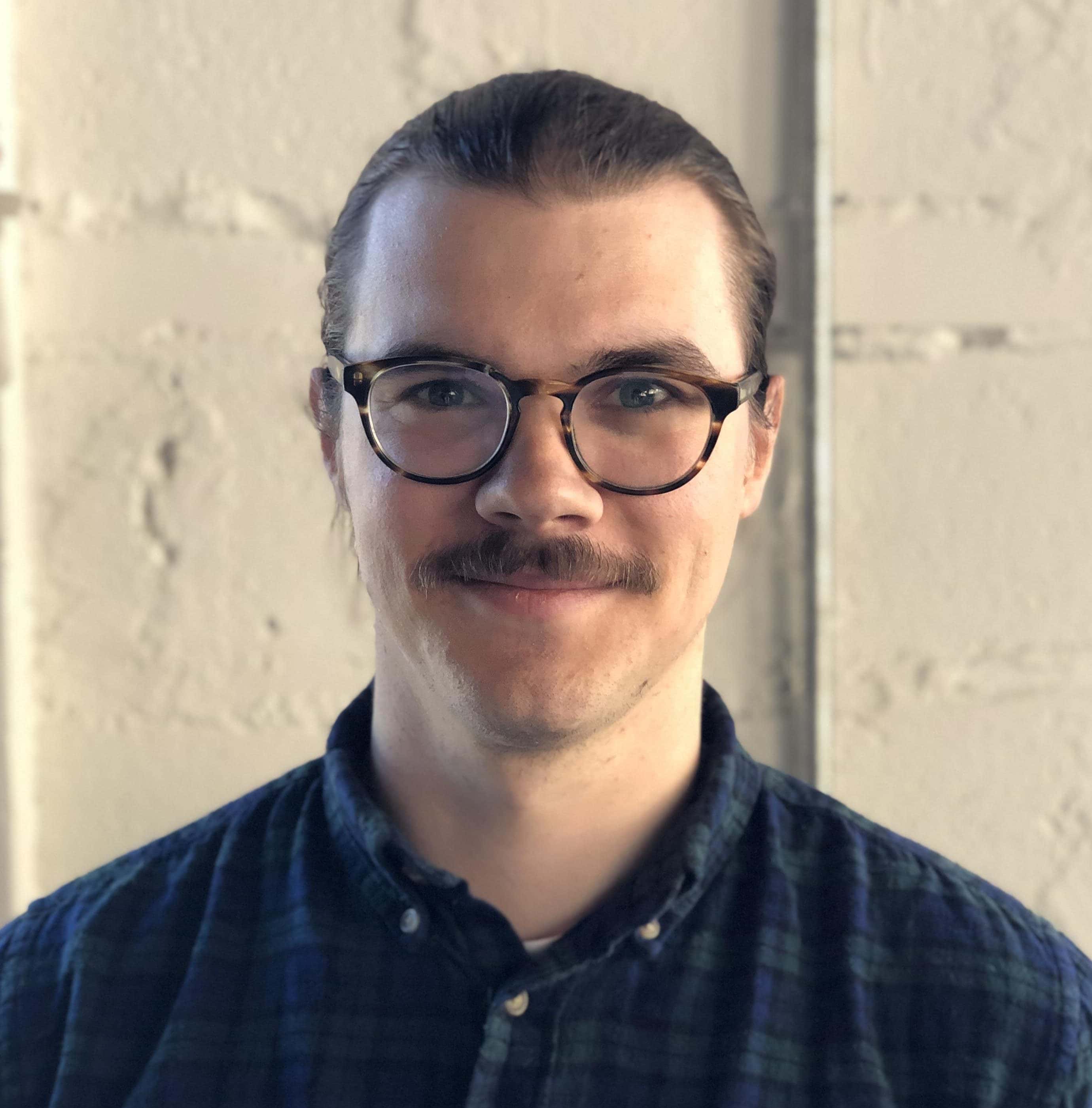