The chocolate bar. The month of March. A North African city. Potential colonization in our lifetime. Mars is more embedded in human existence than we give it credit for. It’s a fascinating little planet that has captured our attention since Galileo first spotted it on a starry night through his telescope in the 17th century. And now, more than ever, it could be our next home, maybe even in this lifetime! Gear up for 44 other worldly facts about mars that could potentially lead to a mini-existential crisis.

If humans could set foot on Mars, we would feel much lighter. This planet is smaller than Earth and has way less surface gravity—in fact, 62.5% less gravity. That means, if you weigh 90 kilos (200 lbs), you’d only be a light and bouncy 34 kilos (76 lbs) on Mars! Who needs a diet when we might eventually move to Mars one day?

Yes, there are volcanoes on Mars—and one of them is some serious business. It’s named Olympus Mons and it’s a shield volcano that towers in at three times the height of Mount Everest, with a height of almost 22 km, a diameter of 600 km. It covers nearly the same amount of area as mainland France!

42. Lost, But Not Forgotten

Any deceased scientists or researchers who have contributed to the study of Mars now get to have their names live on forever on the red planet—craters larger than 60km (37 miles) are named in honor of these pivotal contributors.

Any crater that’s under 60km in diameter is named after a town on Earth with a population under 100,000, like Surrey.

How big is Mars? Volume wise, just over six whole Mars-es would be able to squeeze into our home planet.

The diameter of Mars is 53% of the Earth’s diameter, making it the second smallest planet in the solar system, right after Mercury.

NASA is planning, over the next few decades, to create an “Earth Independent” Mars colony. By the 2030s, “We seek the capacity for people to work, learn, operate and sustainably live beyond Earth for extended periods of time.” Mind. Blown.

Over 100,000 people are ready to ditch Earth in search of redder pastures—they’ve already applied for a one-way trip to Mars as part of The Mars One project.

A year on Mars is 1.8 years on Earth—687 days to be exact. However, a Martian day only lasts 40 minutes longer than a 24-hour day here on our home turf.

Soil collected from Mars still doesn’t quite give us a concrete conclusion to the question of whether there was, or is, life on the planet. However, it is excellent for growing asparagus and turnips, but not good for strawberries or blueberries, thanks to it being more alkaline than acidic. Guess I’ll have to taper off the blueberry pancake addiction, asparagus pancakes don’t sound as good.

Mars is cold, so to make it more hospitable for future colonization, scientists want to warm it up a bit, by introducing global warming through “terraforming.” This would involve increasing atmospheric carbon dioxide and water vapor to create warmer temperatures within the atmosphere.

Radar images from NASA have shown that there was indeed an ice age that ended some 400,000 years ago, and Mars is still emerging from it.

The first spacecraft that was sent to explore Mars was the Soviet Union’s Mars 1, back in 1962. Only two years later, in 1964, the Americans sent out Mariner 4, which later provided the world with the first pictures of the Red Planet.

30. The Struggle Is Real

The astronauts who have applied to colonize Mars will undergo a rigorous training schedule where, according to The Mars One project site, they will learn how to repair their habitat structures, grow food in specialized growing conditions and learn about “both routine and serious medical issues such as dental upkeep, muscle tears, and bone fractures.” This training will last for 8 years in a secluded area somewhere on Earth.

It’s actually rather complicated to figure out how long it would take to get to the Red Planet (planets shift, spacecraft are getting faster, orbital alignment makes things complicated, etc.) The short answer: It would take 942 hours traveling at 58,000 kph (36,000 mph) in a straight line. That’s 39 days, and according to NASA, early return won’t be an option.

The Earth’s sunsets are red, orange and pink because the sunlight passes through so much atmosphere, scattering away the blue light. The opposite is true for Mars because it has less atmosphere, so the sky is red during the day and the sunrises and sunsets are blue at dawn and dusk.

Mars gets its red hue because it is covered in rust. Rust is the name used for iron oxide, which is actually black, but when exposed to oxygen takes on the reddish-orange color we all know.

Mars has a very intricate, large labyrinth of intersecting canyons—the only one of its kind in the solar system. It’s called the Noctis Labyrinthus, or “Labyrinth of the Night,” and it was formed by faults triggered by ancient volcanic activity.

Mars’ atmosphere is made up of 96% carbon dioxide with less than 0.2% oxygen. Currently, scientists are testing microbes so that when humans eventually do show up, the microbes will have already converted and created oxygen on the planet.

NASA news chief Brain Welch says that, in 1967, an international treaty was signed that holds everything in the solar system, except Earth, as the property of everyone in the world and no one country. That includes Mars, of course.

Four billion years ago, a geologically young Mars had an oxygen-rich atmosphere. Through “subduction” (the drawing in of the surface), the atmosphere was sucked in and expelled out through eruption, causing the atmosphere to lose its oxygen. It’s probable that the planet was once upon a time wet and warm.

NASA engineer Pascal Lee designed an unofficial flag specifically for Mars in 1998. From left to right, it’s tricolor appearance represents the planet Mars today (rust), its exploration and potential for life (green) and its hopeful transformation and colonization into a new world (blue).

20. Getting Closer and Closer

During summertime, scientists found evidence of intermittent flows of briny water on Mars. Hydrated salts in dark streaks found down the planet’s slopes, appearing in “…thin layers of wet soil.” This means that Mars is “not the dry, arid planet that we thought of in the past…suggests that it would be possible for there to be life today on Mars.”

Mars has the same four seasons as Earth does, except they last twice as long! That’s fantastic news when it comes to summer, not so great for winter—but I guess that makes 2018’s long winter great practice for life on Mars.

Mars is one of the five planets us mere mortals can see with the naked eye, including Jupiter, Saturn, Venus, and Mercury.

One day (most likely in our lifetime), if you want to send a letter to a loved one living on the Red Planet, it’s going to cost you! NASA approximates a whopping $18,000 to send mail into outer space.

15. Windstorms On Earth are Scary Enough…

Mars is famous for its dust storms—in fact, the planet is known to have the largest sandstorms in the solar system. They can last for months and are not contained to only one area. These sandstorms can engulf the entire planet, ravaging up to 97km per hour (60 mph).

As far back as 1840, aerographer Johann Heinrich Madler was able to create the first map of Mars from 10 years’ worth of observations. Nowadays, you can just go to google.com/mars and see the real deal.

Researchers at the German Aerospace Center found some lichen and cyanobacteria to be tough enough to survive Mars’ unearthly and unforgiving weather by placing lichen in simulated Mars conditions here on earth. And they lived!

12. Now Or In A Quarter Centamillennium!

If colonization were to happen, there’s no time like the next 25,000 years—the distance between Earth and Mars will only continue to mildly decrease over this period of time!

11. That Would Be A Really Good Day

The first human eyes to ever see Mars through a telescope belonged to Galileo Galilei in 1610. Can you imagine his excitement?

Although scientists are stumped as to how Mars’ ancient water supply vanished, NASA researchers believe Mars once had more water than Earth’s Arctic Ocean around 4.3 billion years ago—enough water to form an ocean taking up almost half of Mars’ northern hemisphere which is about 18% of the planet.

No human feet have walked on Mars as of yet, but there are a couple of robot inhabitants—seven of them.

8. More Than A Chocolate Bar

The month of March is named after Mars, the Roman God of War. His month, Martius was the beginning of the season of warfare and remained the first month of the Roman calendar year as late as 153 BC.

Ever notice how Warner Bros’ character Marvin the Martian is dressed wearing a Roman-like helmet and skirt? Marvin’s design was based on Mars, the Roman God.

6. A New Kind Of Circadian Rhythm

Mars has two moons. Phobos, the larger of the two, whips around the planet so quickly in its orbit, it sets in the east twice and rises in the west once—every day.

5. Too Close To Home

Phobos is drawn closer and closer to Mars by the planet’s gravitational pull, coming inward by 6 feet every 100 years. This will one day be a huge threat in thousands of years if there is a human settlement. The moon will crash into Mars or break up above the planet’s surface, also potentially creating a ring.

Mars is the only other planet to have ice caps! And what’s cooler (pun intended) is that the southern cap is made entirely of dry ice, and is speculated to look like freshly-fallen snow.

In 1997, three Yemeni men claimed they owned Mars and have the documents to prove it, which is why they sued NASA, saying, “We inherited the planet from out ancestors 3,000 years ago.” They demanded all operations on Mars come to a halt until the court reached a verdict.

2. It Costs More To Recreate Space Than To Visit It

India’s Mars Orbiter Mission is the country’s first mission to explore Mars. Its start date was November 5, 2013, and it completed the 1,000 Earth day mission on June 19, 2017. It was a relatively cheap mission, costing $74 million as opposed to shooting Hollywood outer space blockbuster The Martian, which cost $108 million. Guess the $34 million difference went to pay Matt Damon.

Yes, there are little glimpses of possible life on Mars! In 2014, the Curiosity Rover discovered pockets of methane. According to NASA scientists, this could be telling of “life or evidence of ancient methane trapped which could show ancient life.” 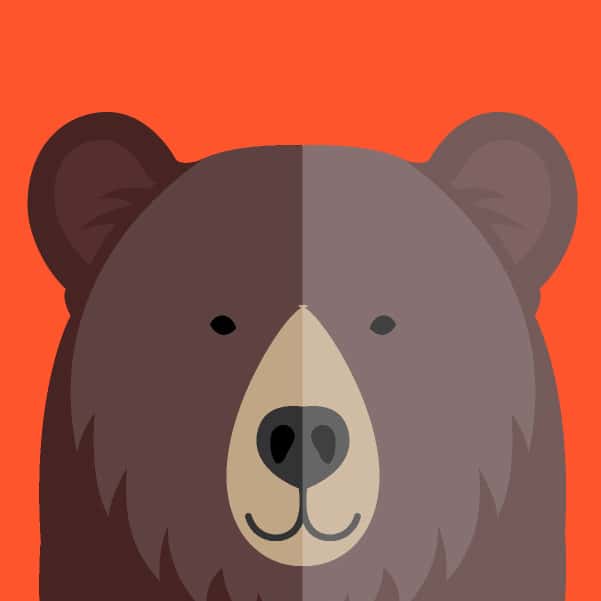