From Lucifer to Lestat de Lioncourt, antagonists have captured our imagination in ways that can overshadow the heroes. However, to bring a baddie to life on-screen requires wicked writing, dastardly direction, and pernicious performance. In honor of fiction’s terrible people, here are 44 dastardly fun facts about Hollywood villains.

44. Bite the Hand That Feeds You Movie Roles

While rehearsing the scene in Home Alone where Harry threatens to bite off Kevin’s fingers, Joe Pesci went “method actor” and actually bit Macaulay Culkin hard enough to break skin. Did we mention Culkin was 10 years old at the time?

In Disney’s Snow White and the Seven Dwarfs, Lucille LaVerne voiced both the Evil Queen and the Evil Witch. To achieve this versatile performance, LaVerne removed her false teeth as she voiced the latter.

As he rehearsed for Scarface, Al Pacino got his hand stuck in the hot barrel of a freshly-fired prop rifle. The burns were serious; Pacino couldn’t work again for two weeks.

Rachel McAdams wore a blonde wig throughout her iconic performance as Regina George in Mean Girls.

39. A Most Malicious Makeover

In the novel Psycho, Norman Bates was a short-sighted, balding, plump man in his 40s—quite the contrast to the un-bespectacled, thick-haired, and lithe Bates, played Anthony Perkins, in Alfred Hitchcock’s film adaptation of the same name.

As one of the anti-heroes/antagonists of 1988’s Heathers, Christian Slater (who played J.D.) was already dating Kim Walker (who played Heather Chandler in the film) during the shoot. Still, Slater admits to developing a crush on his co-star, and fellow anti-hero, Winona Ryder while on set.

Adam Driver was one of the top choices to player Lex Luthor in Batman v. Superman, but he gave that up to be another baddie: Kylo Ren of the Star Wars sequels.

At the beginning of their fight in Kill Bill: Vol. 1, O-Ren Ishii tells The Bride, “I hope you saved your energy. If you haven’t you may not last five minutes.” Exactly five minutes later, The Bride kills Ishii.

35. Together They Make One Happy Cannibal

Anthony Hopkins based his portrayal of Hannibal Lecter on the unholy combination of Katharine Hepburn, Truman Capote and HAL from 2001: A Space Odyssey.

34. From the Mouths of Babes

The original script for Blue Velvet specified that it was helium in Frank Booth’s aerosol canister. This was so that Booth’s voice would resemble that of an infant, even as he was committing sexual depravity.

Louise Fletcher, who played the terrifying Nurse Ratched in One Flew Over the Cuckoo’s Nest, described her character’s angular haircut as a symbol “that life had stopped for her a long time ago.”

In the original draft for Disney’s Beauty and the Beast, Gaston was supposed to survive his fall from the Beast’s castle—only to be torn apart by wolves. This death was left out of the final cut, but it was recycled for Scar’s death in The Lion King.

While directing Batman Begins, Christopher Nolan was reportedly so fascinated by Cillian Murphy’s wide blue eyes that the director kept coming up with reasons why Scarecrow/Dr. Jonathan Crane should take off his glasses.

In the original The One Hundred and One Dalmatians novel, Cruella de Vil is married. Her husband is unnamed, which reflects how little he mattered to her and how he existed only to do her bidding.

Bette Midler famously turned down the role of Annie Wilkes in Misery (the iconic No. 1 Fan role later went to Kathy Bates). It was a decision that Midler later called herself “stupid” for making.

Anton Chigurh, played by Javier Bardem in No Country For Old Men, got his memorable contract-killer hairdo when the movie’s art department found an archived picture from 1979, featuring a man in a Texas bar with what co-director Ethan Cohen called “that alarming haircut,” which made them think “Well, he looks like a sociopath.”

In the original ending for Fatal Attraction, the memorably jilted Alex (played by Glenn Close) had a redemptive turn. At great expense, this ending was changed to Alex being shot by her lover’s wife—all because test audiences hated Alex so much, they demanded to see her die by someone else’s hand.

Margaret Hamilton played the green-skinned Wicked Witch of the West in 1939’s The Wizard of Oz. She was also hospitalized for severe burns as a result of a explosion gone awry in the memorable scene where she disappears in a cloud of magic smoke (and down a trap door).

Skeletor is instantly recognizable for his bare-faced villainy and for his status as He-Man’s arch nemesis. He’s also He-Man’s uncle, a fact unveiled in the 2002 He-Man cartoon.

James Earl Jones asked not to be credited for his voicework as Darth Vader. As an up-and-coming actor, Jones feared being typecast, and so he originally distanced himself from the series.

Remember when HAL in 2001: A Space Odyssey sung “Daisy Bell” to his own death? That scene, taken from the book, was inspired by author Arthur C. Clarke’s visit to Bell Labs, where an IBM 704 treated Clarke to the very same tune.

Before he was a general of the First Order, Armitage Hux was daddy’s dirty little secret. In a canon Star Wars novel, it’s revealed that Hux’s dad, Brendol, cheated on his wife with an unnamed kitchen servant—a tawdry affair that produced the ginger-haired Dark Sider whom we all love to hate.

To get a realistic reaction from Alan Rickman during Hans Gruber’s death scene, the Die Hard crew dropped him from 20 feet onto an airbag… on the count of “two,” when they had originally said they’d drop him on “three.”

According to a family tree drawn up by The Simpsons creator Matt Groening, Homer Simpson and the dastardly Mr. Burns are distant relations.

In another universe, John Lennon would have played Gollum. At peak of The Beatles’ popularity, Paul McCartney once pitched a Hobbit film to director Stanley Kubrick that would have starred Lennon as Frodo’s legendary travel buddy from hell.

One of Sir Ian McKellen’s only regrets about his tenure as Magneto in the X-Men movies was that his outfit could have been more flamboyant. To quote the knighted pretend-villain, “I wasn’t allowed to wear that outfit […] I don’t look like Magneto in the comics—[where he’s] always shot from the crotch level.”

In the world of Pacific Rim, the kaiju are both a force against humanity and a force of fashion. The opening montage of the movie shows how the creatures have captured the imagination of the movie world’s popular culture, inspiring trends in toys, television, and even make-up and clothing.

Will Ferrell dyed his hair platinum blonde (3 times!) to embody Mugatu in Zoolander. He was also filming Saturday Night Live at the time, and had to cover his bleached tresses with a wig for half of the season.

Pete, the villainous cat who serves as Mickey Mouse’s sometime antagonist, first appeared as “Bootleg Pete” in a 1925 cartoon. He was a peg-legged, bear-like feline who, as his name suggests, makes a living bootlegging alcoholic beverages during the American Prohibition.

During the filming of Titanic, no one told Billy Zane (who played Cal) that Kate Winslet (who played Rose) would actually spit in his face, so his reaction is real.

11. The Prop Department Had an Axe to Grind

Jack Nicholson was a volunteer fireman, and was apparently far too efficient at chopping down wooden doors when it came time to film Stanley Kubrick’s The Shining. When they shot the terrifying door-chopping scene, the films’s prop department had to keeping remaking doors for Nicholson to break—60 in total.

Most people associate Loki with Tom Hiddleston’s raven-haired performance in the Thor movies. However, Loki originally had his Marvel comics debut (in 1945’s Venus #6) as a fiery redhead.

Star Trek baddie Khan Noonien Singh was originally conceived to be an ancient Greek, and then later of Nordic Viking origin. After Ricardo Montalban was cast, the franchise creators settled on Khan being of Indian origin, possibly Sikh. (Note: Montalban was a Mexican actor).

Freddy Krueger had his own anthology TV series titled Freddy’s Nightmares–A Nightmare on Elm Street: The Series. It ran for only 2 seasons, and one episode ended with Krueger (played by Robert Englund humself) going to his high school reunion and seeking revenge against the woman who stood him up on Prom Night.

The bear who terrifies Leonardo DiCaprio in The Revenant was no bear at all, but a Canadian stuntman named Glenn Ennis, running on all fours in a bear suit.

6. He Who Must Not Wear Tights

The tights under Ralph Fiennes’s Voldemort robes kept slipping down his legs while shooting Harry Potter, making it awkward for the actor to walk. In the end, Fiennes opted to wear stockings and garters under his evil wizard smock.

Ever wonder why the Queen of Schemes (and Westeros) Cersei Lannister has never shared a scene with Bronn in Game of Thrones? That’s because Lena Headey and Jerome Flynn used to date, at least before things got super ugly. How ugly? There are apparently stipulations in both their contracts that forbid Headey and Flynn from even being in the same room as each other.

Jason Lee recorded all his lines for Syndrome in The Incredibles in four days. For comparison, it took the two years of Craig T. Nelson coming in and out of the studio to complete his own performance in the film.

The hunter who killed Bambi’s mom ranks #20 on AFI’s list of Top 50 Villains of All Time. He is simply listed as “Man.”

In an early draft of Who Framed Roger Rabbit?, Judge Doom was unveiled as the killer of Bambi’s mother.

To nab the role of crime boss Fish Mooney on Gotham, Jada Pinkett Smith brought a grown man on a leash with the word “LIAR” scrawled across his forehead in lipstick to her audition, because of course. 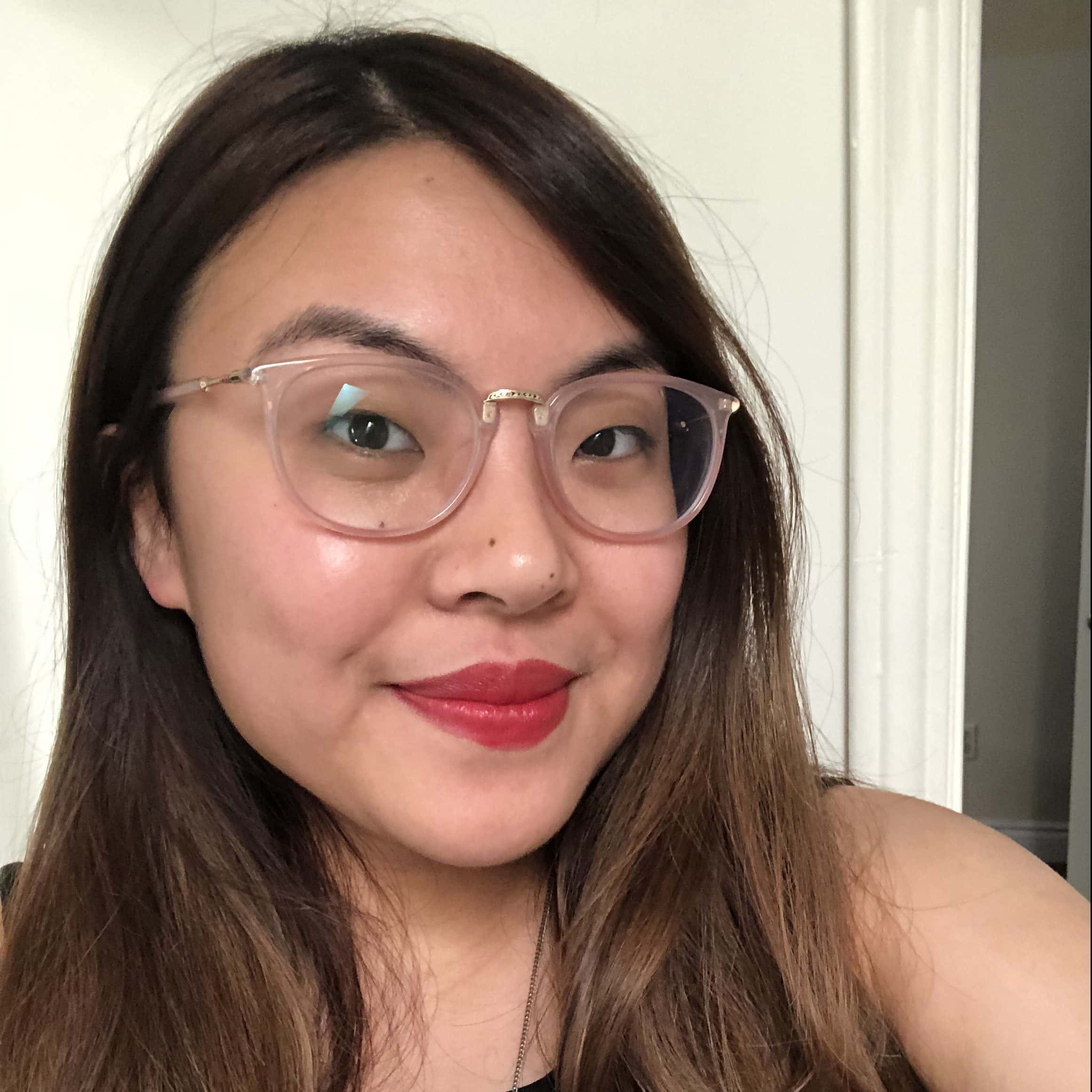