34 Therapeutic Facts about The Sopranos

34 Therapeutic Facts about The Sopranos

An American crime saga about Italian-American mobster Tony Soprano and his family, “The Sopranos” is a story about a man finding a balance between the requirements of his home life and his criminal organization. The show premiered on HBO in the US in 1999 and ran for six seasons and eighty-six episodes. Critically acclaimed, the show won 21 Primetime Emmy Awards, five Golden Globes, and spawned books, albums, and even a videogame.

Here are a few facts that you need to know about the show the Writers Guild of America named the best-written TV series of all time.

Creator David Chase originally developed “The Sopranos” as a movie about a mobster going into therapy to discuss problems he has with his mother. His manager is the one who suggested he consider turning it into a TV show, saying: “I want you to know that we believe that you have inside you a great television series.” And then they put on R. Kelly’s “I Believe I Can Fly” and the rest is history. 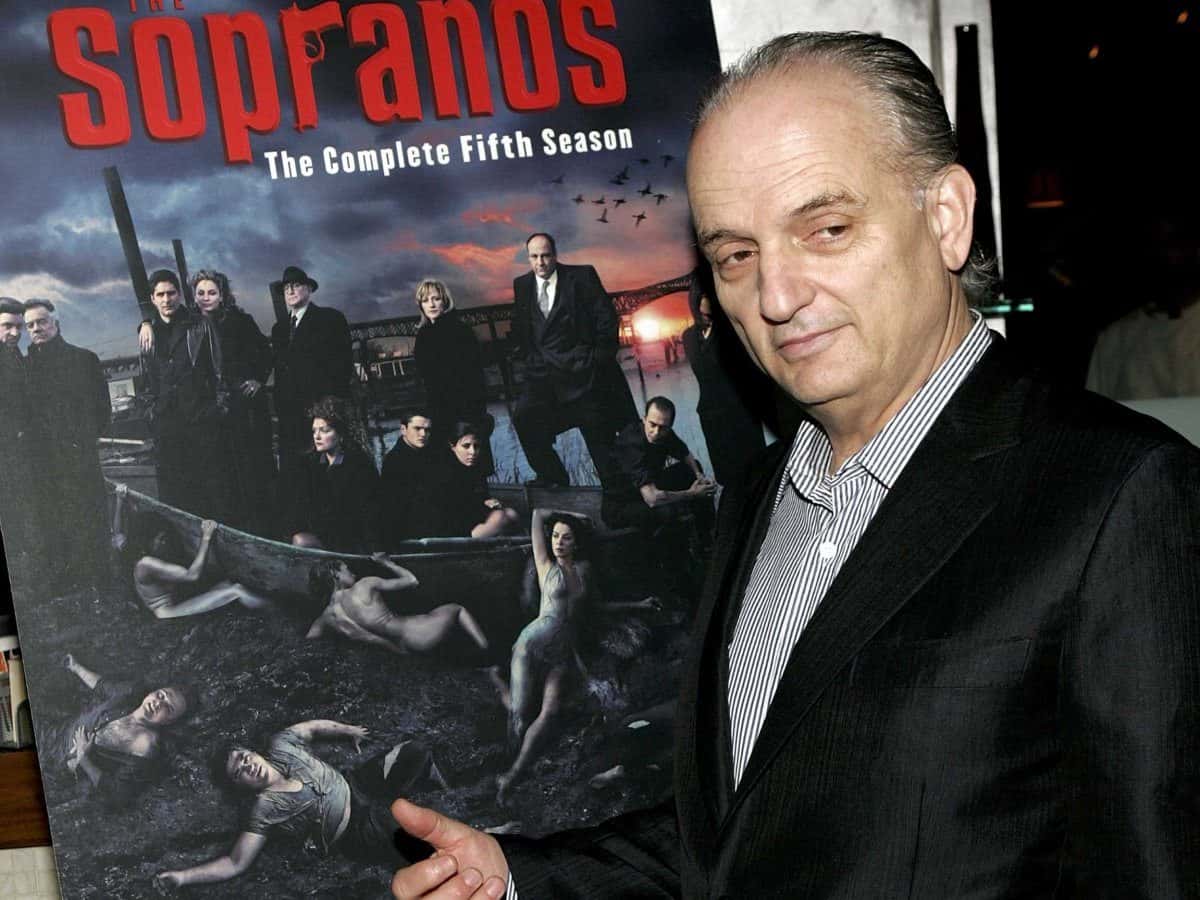 The tension between Tony and his mother Livia was the central conflict in the first season. Chase originally intended for Tony to suffocate his mother with a pillow after she attempts to have him murdered. However, Nancy Marchand, who played Livia, was terminally sick with cancer during her time on the show and she let it be known she that wanted to continue working until the end. Chase obliged her.

There was a major story line planned for the third season regarding Tony’s efforts to prevent Livia from testifying against him in court. However, all that changed when Nancy Marchand passed. She had an illustrious career, winning many awards including Emmys, a Golden Globe, and a Screen Actors Guild award. 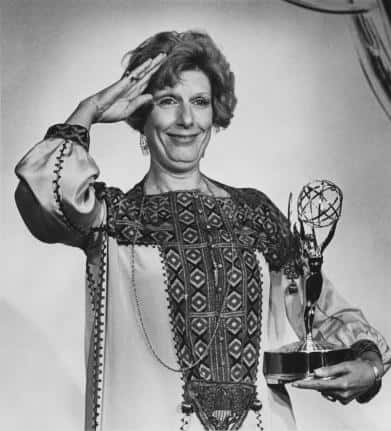 Marchand continued to work on the show until she died, one day before her 72nd birthday. Her final moments on screen stitched together from old footage and new special effects (they digitally added her head onto a body-double). Critics thought the scene was awkward because they have no soul. 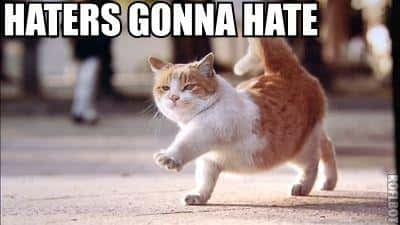 Unlike other shows, absolutely no improvisation was allowed on set. The scripts were followed verbatim and any potential changes were discussed with David Chase first. 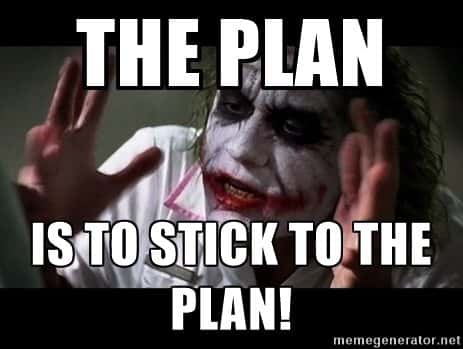 The show has had some fairly successful alumni, including Matthew Weiner who went on to create “Mad Men,” Terence Winter who created “Boardwalk Empire,” and Ilene Landress who is an exec producer on “Girls.” 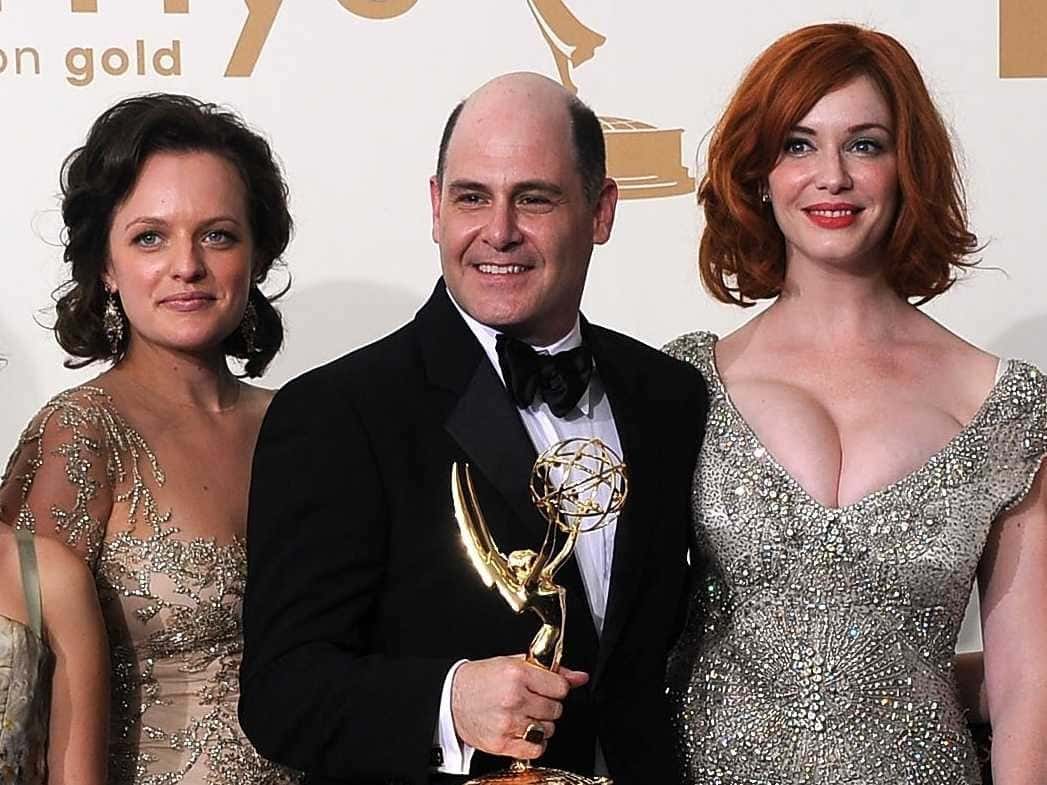 Twenty eight of the cast members who were on “The Sopranos” were also in the 1990 mobster flick “Goodfellas,” because there’s nothing more important than La Famiglia. 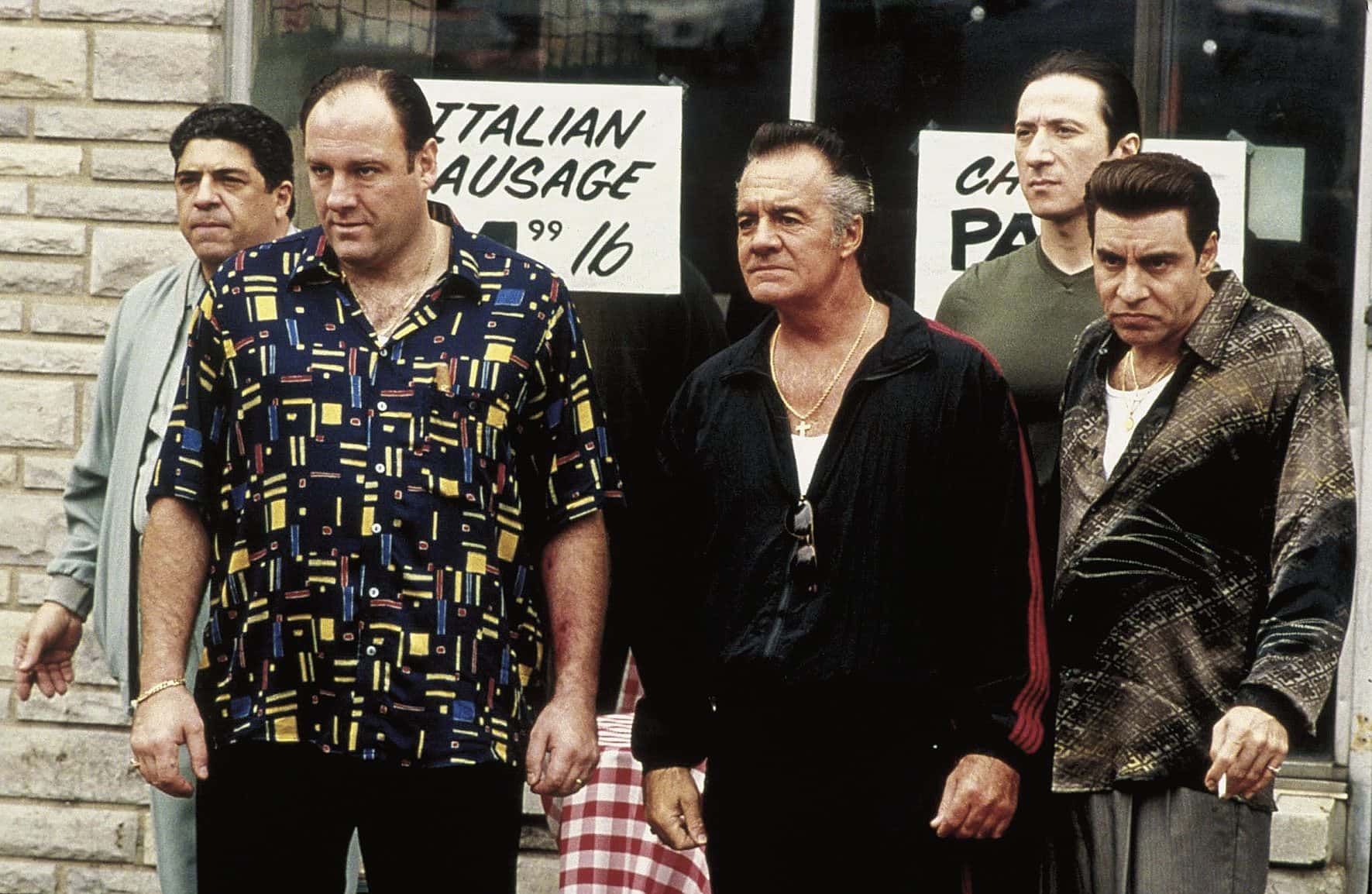 Ray Liotta was offered an unspecified part but turned it down to focus on his film career. Additionally, he revealed that he turned down the role because “that show is pretty much structured around Tony soprano. There was no way I was gonna shine. I love Gandolfini as an actor. I think he’s great. But my ego’s as big as anybody’s.”

David Chase’s first pick to play Tony was Steven Van Zandt, guitarist in Bruce Springteen’s E Street Band. The producers didn’t want to gamble on a first-time lead actor, so Chase wrote a separate part for him. Silvio Dante, the character Van Zandt ended up playing, was inspired by a short story about a retired hitman that Van Zandt himself wrote. 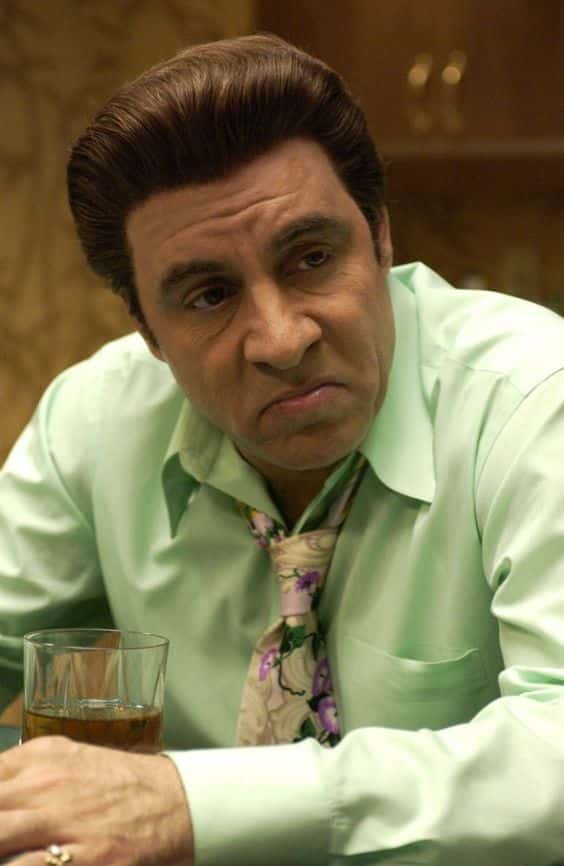 David Chase didn’t originally envision Tony Soprano as such a ruthless character. James Gandolfini opened Chase’s eyes to reality when filming a scene early on where Christopher says he’s going to sell his story to Hollywood. The script called for a slap, but Gandolfini seriously roughed up Michael Imperioli. David Chase thought he was crazy at first, but then quickly realized “Of course, that man’s a badass. That guy is surviving the mob.”

Lorraine Bracco was first asked to play Carmela. However, she asked to play Tony’s therapist, Dr. Jennifer Melfi instead, as she thought it would be more of a challenge. She won four Emmy nominations and three Golden Globe nominations for her performance. 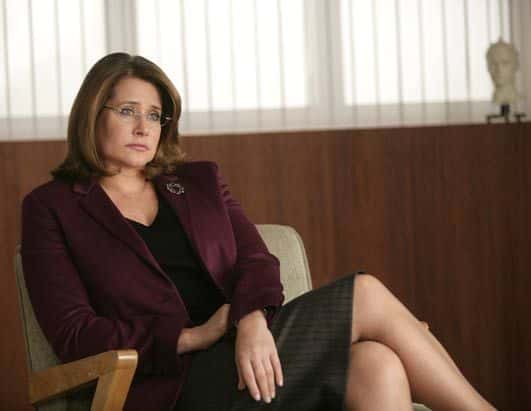 The character of Dr. Melfi was based on Chase’s real life therapist, Lorraine Kaufman. Later in the series, Kaufman became involved in the character’s psychological development, writing a breakdown of the Soprano family which accurately predicted the way some of the characters behaved. 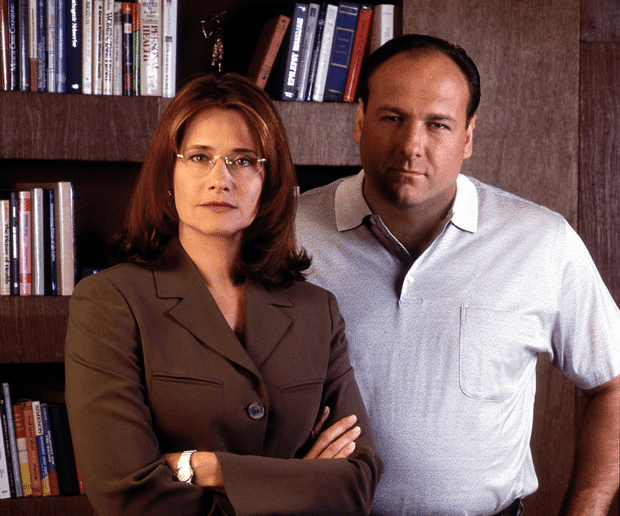 Because of David Chase’s poker face, Michael Imperioli thought he bombed the audition. Clearly, he didn’t.

When Jamie-Lynn Sigler was brought into to audition for the show, she had no idea what it was about. From the title, she thought it might be about opera singers. But now we know that in the world of “The Sopranos” if you sing, you don’t live long to talk about it. 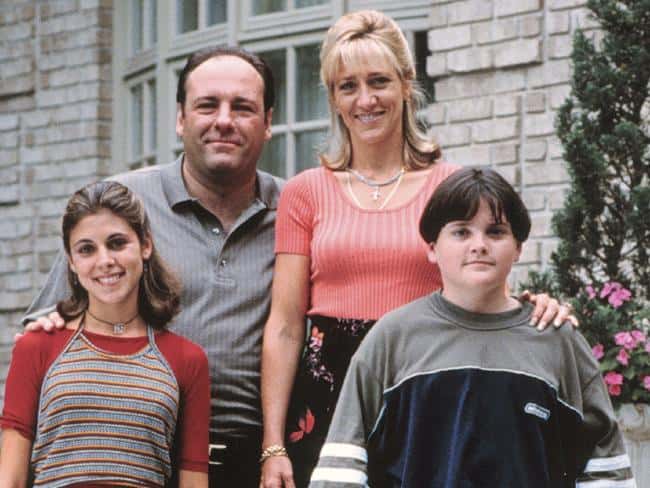 Apparently, HBO had the same concerns regarding violence on the show, and as a result, they decided to change the “r” in the title logo into a gun. This gave the audeince that this show is not about an opera. 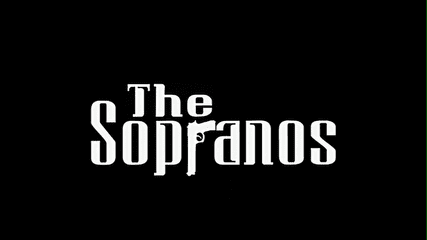 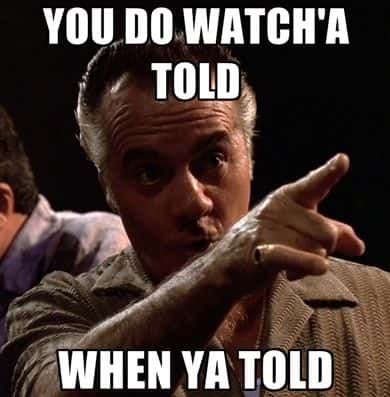 “Ugatz”, an expression used throughout the show means “zero” or “nothing.” It was derived from the Italian “un cazzo,” which means “a d*ck.” 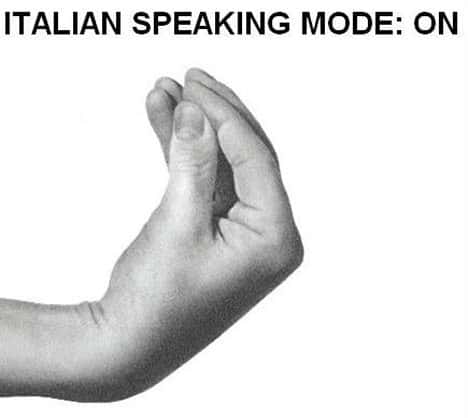 17. Whatever Floats your Boat

Also, “The Stugots,” the name of Tony’s boat, comes from “questo cazzo,” which is Italian for “this d*ck.” 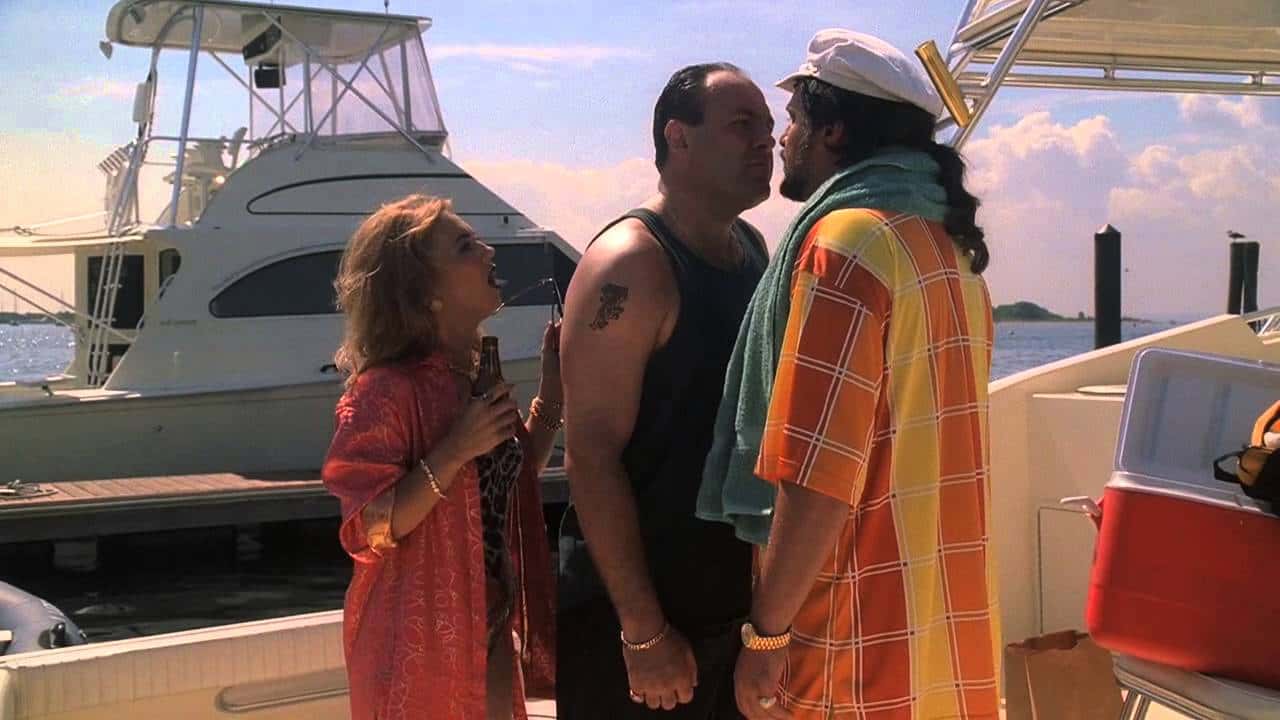 Tony abord The Stugots with some… friends

Drea de Matteo read for the role of Adriana La Cerva, but Chase didn’t think she was “Italian enough”
despite the fact her name is Drea de Matteo. Instead, she appears in the pilot as an unnamed hostess. It wasn’t until the series was picked up that she was officially cast as Adriana, who lived happily ever after. 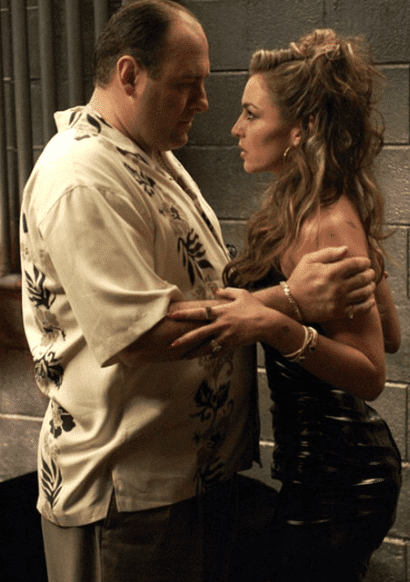 David Chase shot multiple versions of the same scene so that even the actors had no idea what was going to happen. For example, there was a version where Adriana’s character suspects something is fishy and drives away after her final phone call with Tony. Then there’s the version we all saw where she sleeps with the fishes. 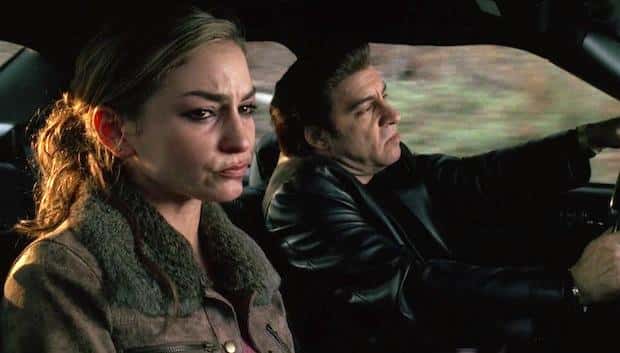 The famous cut-to-black end of “The Sopranos” finale is touted as the most shocking and controversial cliff-hangers of all time. Nobody knows what actually happens except David Chase. We assume he knows. Nobody knows that for sure either. 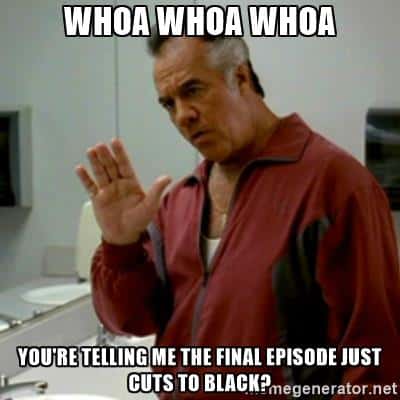 FBI agents told the creative team behind “The Sopranos” that, based on the real wire taps they’d collected, the show was popular watercooler talk for real-life mobsters. In an interview, Terence Winter said, “We would hear back that real wiseguys used to think that we had somebody on the inside. They couldn’t believe how accurate the show was.” 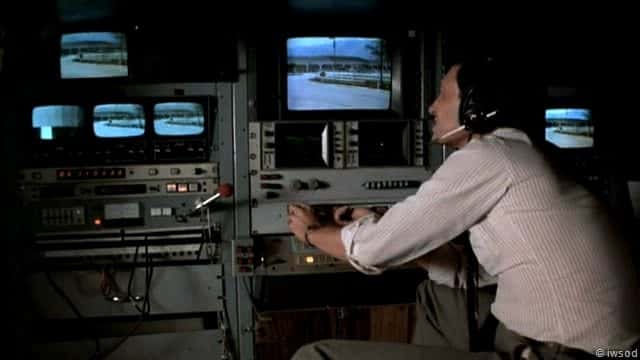 Chase talked with a technical consultant, New York assistant district attorney Dan Castleman, to understand the way the mob made their money. By their estimates, Tony was worth about $5 to $6 million dollars, but the number fluctuated based on his gambling debt. 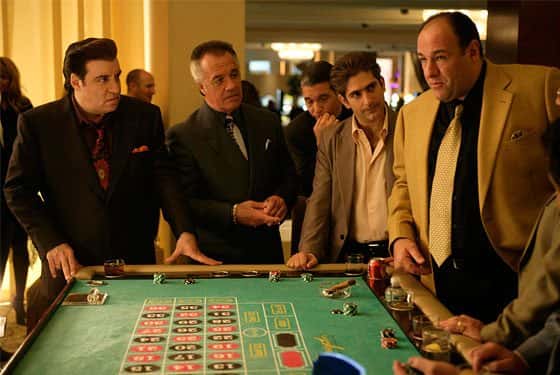 11. Growing into the Part

To play the part of Bobby, Steven Schirripa had to wear a fat suit for the first few seasons. “And then,” Schirripa mused, “I guess in season four, David thought I was fat enough on my own, so he let me get rid of it.” Schirripa credits fried chicken and apathy for helping him get rid of the costume. 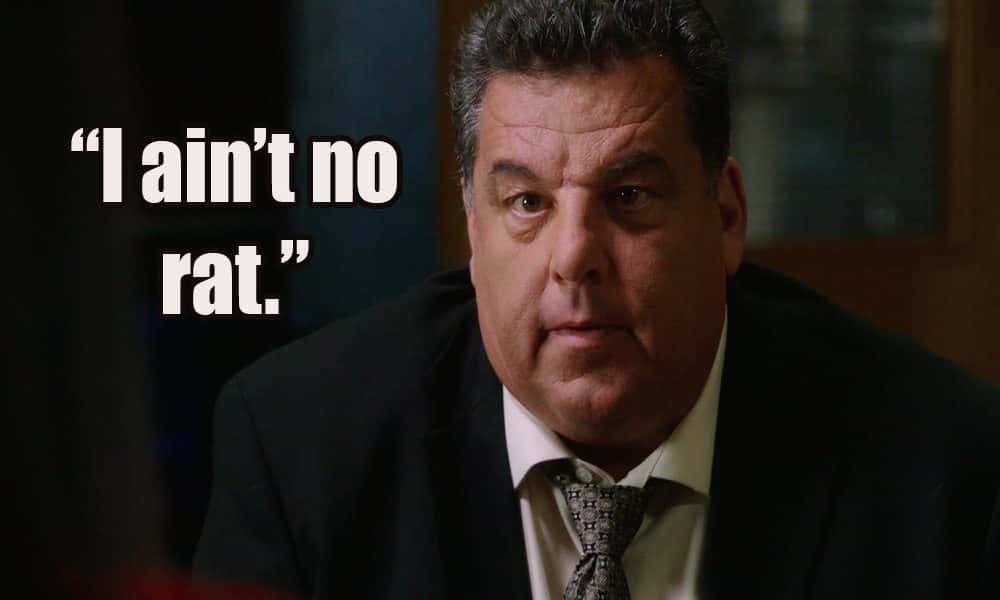 Scenes at the “Bada-Bing” were filmed at Satin Dolls, a “gentleman’s club” in New Jersey. Because, as you know, New Jersey is chock full of gentlemen. 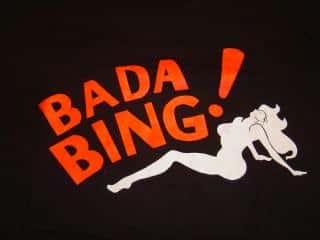 Michael Imperioli is amongst those who are convinced that Tony Soprano is dead: “David was trying to put us in the place of the last things you see before you die. You remember some little details and something catches your eye and that’s it. You don’t know the aftermath because you’re gone.” Just like the show.

Although, after the pilot aired, a real life “wiseguy” told James Gandolfini never to wear shorts again. This was written into the first episode of Season Four when New York mob boss Carmine tells Tony that he’d heard about his recent backyard party and that, “A don doesn’t wear shorts.” A don wears pants. He can wear a pink thong under those pants if he wants. But he must wear pants. 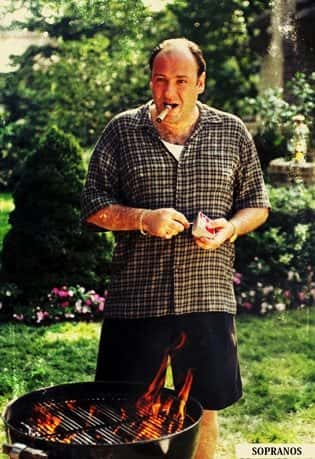 After season four, production was delayed because of a pay dispute with HBO. To help quell tensions, James Gandolfini split his bonus money with the regular cast, giving them each $33,333 because he’s a geek who likes repeating numbers. 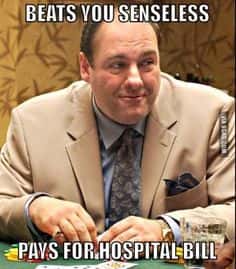 6. Gone but not forgotten

During the opening credits, when Tony exits the Lincoln Tunnel on his drive from New York to Jersey, the twin towers can be seen in the side mirror (which isn’t technically feasible because… geography). They removed this shot after the tragic events of 9/11.

“The Sopranos” was the first cable television series to win the Emmy for Outstanding Drama series. It was nominated every year it was eligible, winning again for its final season in 2007. Matthew Weiner, who shared the award with David Chase and the other exec producers, went on to win the award for the next four years after that with “Mad Men” until “Homeland” broke his streak in 2012. 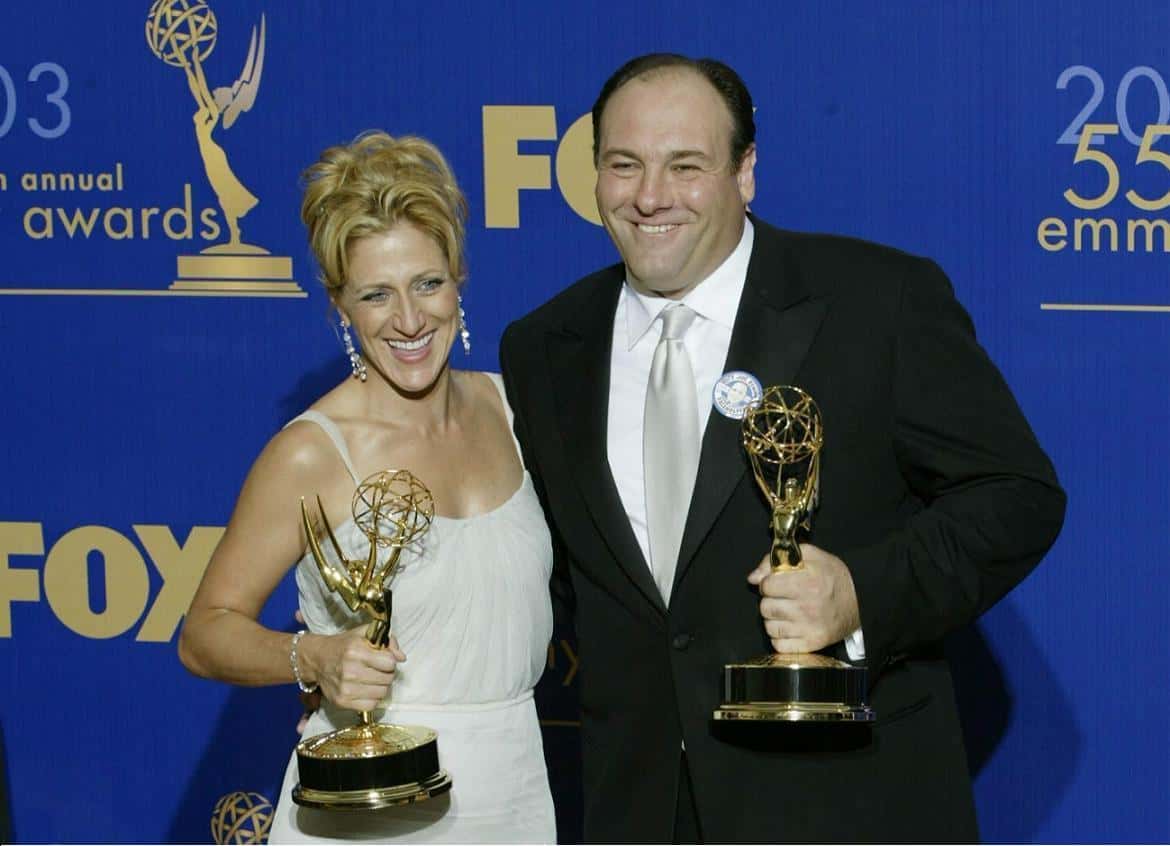 Martin Scorsese says he watched a few episodes of the show but couldn’t get into it because it was a different generation’s gangster culture than what he remembered. 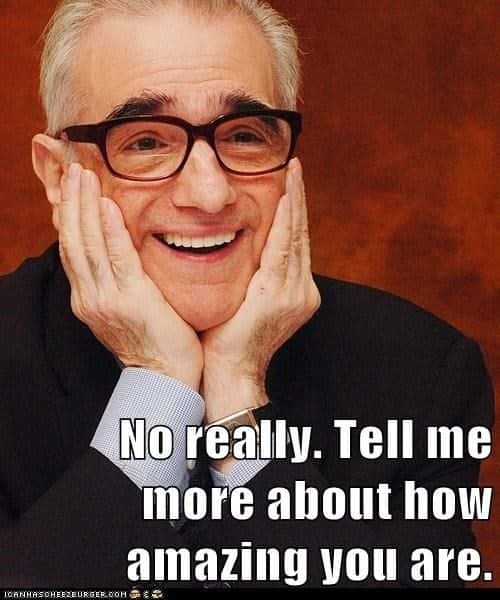 In the fourth season, Christopher tells Tony he’ll die of a heart attack by age 50 due to his weight. In real life, Gandolfini died of a heart attack at the age of 51. His death shook the acting world and he will be greatly missed. 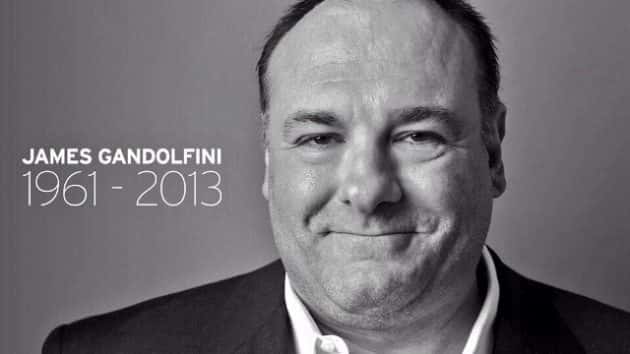 Most of Paulie’s storyline came straight from Tony Sirico’s life. Prior to “The Sopranos,” Sirico had more arrests than acting credits including stints in prison for armed robbery and possession of an illegal weapon. When he started acting, he had already honed his skills standing in police lineups and chatting up precinct captains. “I had 28 arrests and only two convictions,” he bragged, “so you gotta admit I have a pretty good acting record.” 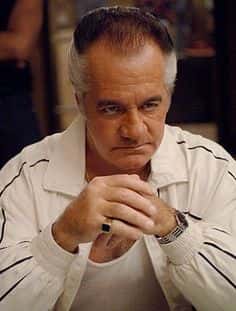 Tony Sirico agreed to do the show only if it was guaranteed that his character would never be a “rat”. 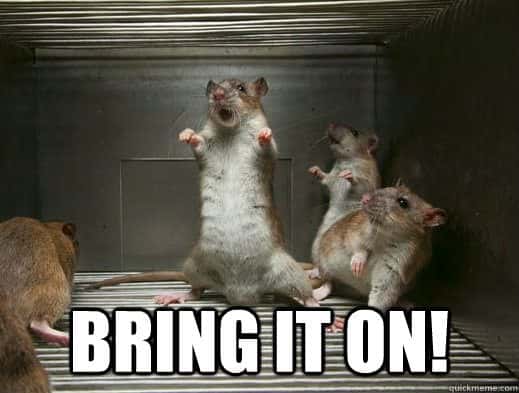