32 Uplifting Facts About Chance The Rapper

32 Uplifting Facts About Chance The Rapper

Chance the Rapper is an American hip-hop artist who is quickly making a name for himself. The Chicago native debuted in 2013 with his second mixtape and has been on the come-up ever since.

Here are some interesting facts about the indie artist who made it on his own.

32. For all the Indie artists out there

At the 2017 Grammy’s Chance made history becoming the first independent artist to win a Grammy without selling any physical copies of his music or being signed to a major label. He didn’t just win any Grammy, he won three – Best Rap Album, Best New Artist, and Best Rap Performance.

Chance is a part of a band of collaborators called The Social Experiment, “a self-described group of bohemian musicians.” Their first album Surf was highly anticipated and was downloaded over 600,000 times in its first week on iTunes.

Chance rented out an entire movie theatre in Chicago so he could screen the horror film Get Out, because he felt it was a movie that needed to be seen.

Chance has released 3 mixtapes: 10 Day, Acid Rap, and Coloring Book. No word on when the fourth one will be available.

All three of Chance’s mixtapes have been released for free. Which means you can go and download them all right now. Go ahead, we’ll wait.

Chance released his third mixtape Coloring Book through a two week exclusive deal with iTunes streaming. After the two weeks, it was available online for free like his other two mixtapes.

Acid Rap was a critical success, making several best-of lists for 2013, including Rolling Stone and Pitchfork.

Chance is the first streaming only artist to debut on the Billboard Top 100 charts. Chances are, he’s not the last.

Chance has said that he might actually sell his next mixtape, might being the operative word here. We can’t even be mad though, considering the 3 awesome albums he’s released for free.

In 2015, Chance The Rapper was the first independent musical guest to perform on Saturday Night Live.

Chance has stated several times that he refuses to sign to a major music label, and thanks to the internet, he doesn’t have to. He has signed an exclusive streaming deal with apple music which has led many people to discredit his independence. His deal with apple is a distribution deal, he funds all his production and owns all his own music.

Chance got one of his earliest breaks as the opening act for Childish Gambino, the rapping stage name of actor/writer Donald Glover.

Chance was actually ridiculed by his teachers for his musical ambitions. Just goes to show you that you can’t listen to the “haters.”

19. What Are The Chances

Chance is short for Chancellor. His full name is Chancellor Johnathan Bennett.

Chance is also good friends with musical legends Jay-Z and Beyoncé, often referring to them as “Unc” and “Auntie Yoncé.” It’s good to have friends in the highest of places.

Chance started a music festival called Magnificent Coloring Day. The inaugural MCD had musical performances by the likes of Lil’ Wayne and John Legend, bouncy castles, and of course, coloring.

Chance got to be the voice of legendary reggae musician Bob Marley on an episode of Black Dynamite. Yah man!

Chance welcomed his daughter into the world in 2015. Now he can give her all the “Cocoa Butter Kisses” his heart desires.

Both of Chance’s parents work for the United States Government in their hometown of Chicago.

Chance had the opportunity to sing “Jingle Bells” with former President Barack Obama at the White House’s tree lighting ceremony. No word on whether or not he got a gift from Barry.

Chance also got to sit down with former President Barack Obama to discuss the injustices faced by the black men of America and how he has been able to overcome them.

Chance started an anti-gun violence Twitter campaign in 2014 for his hometown of Chicago. The campaign stopped gun violence for almost 2 days, an incredible feat given Chicago’s gun violence statistics.

Chance has used his fame for a lot of good, including raising 2.2 million dollars for Chicago’s public school system. Knowledge is power!

Chance was named Chicago’s Outstanding Youth of the Year in 2014 for all his charitable work and for trying to bring an end to the gun violence in Chicago. Well-deserved is an understatement.

Chance was appointed as a new board member for Chicago’s DuSable Museum of African American History in 2017. The museum’s goal is to “promote understanding and inspire appreciation of the achievements, contributions, and experiences of African Americans.” Chance tweeted “I got big plans” shortly after his appointment was announced.

Chance was roommates with famous British musician James Blake in Los Angeles, back when both of them were still working on getting their careers off the ground.

Chance was featured in a KitKat commercial. He co-starred in the commercial with Chance The Wrapper. The commercial has been viewed nearly 1 million times on Youtube.

Chance has a younger brother, Taylor Bennett who is also a rapper. Chance wanted to wait for Taylor to build his own fan-base before they worked together. Once Taylor proved that he had his own fan-base, the brothers released a track called “Broad Shoulders” together, which is also the title of Taylor’s first studio album. Now that’s some tough (brotherly) love. 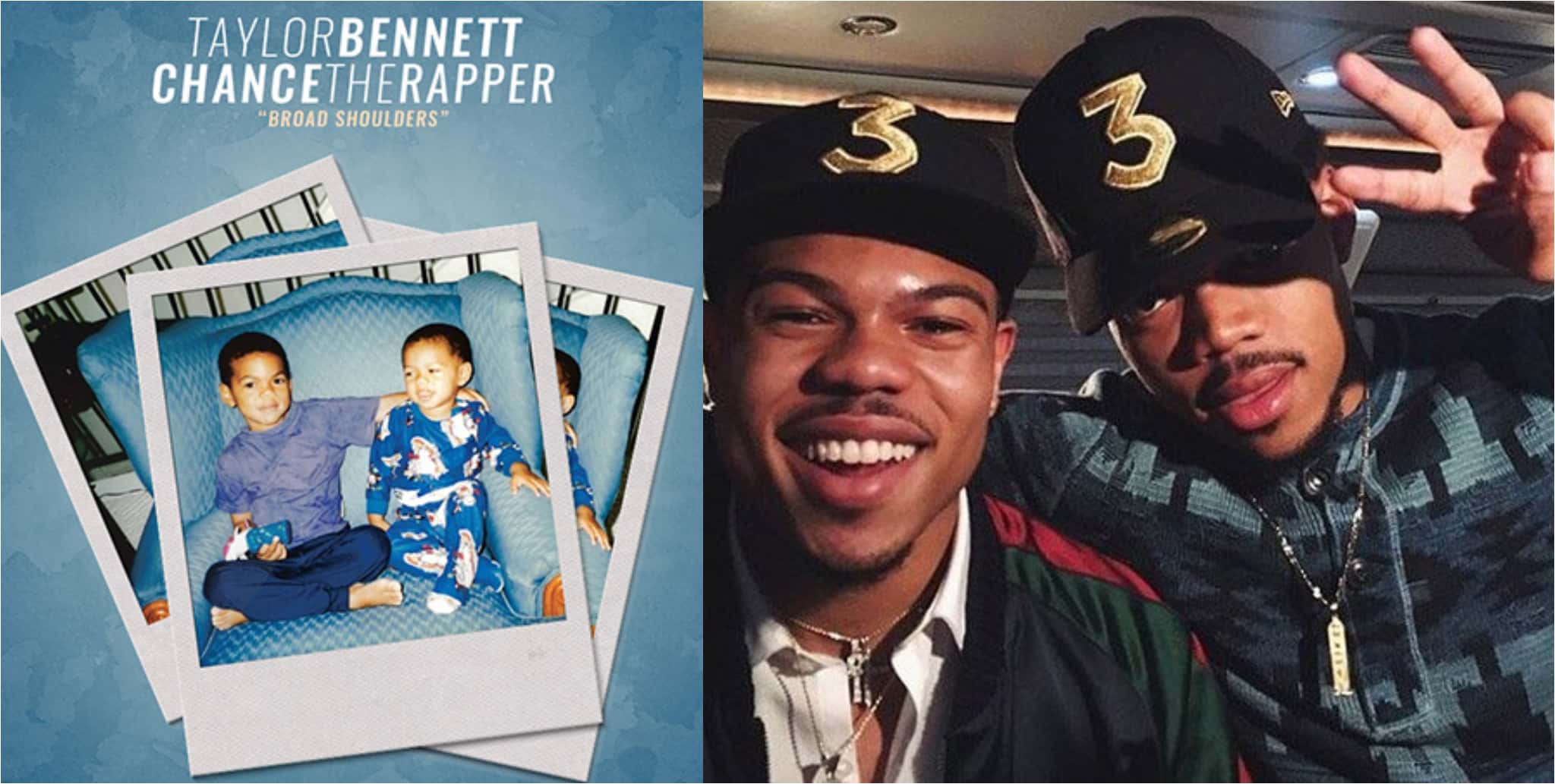