Zoolander was a 2001 American comedy film directed by Ben Stiller, and starring Stiller, Owen Wilson, and Will Ferrell. Stiller plays Derek Zoolander, an idiotic, narcissistic model who is brainwashed by corrupt fashion executives to assassinate the Prime Minister of Malaysia. The film was released to favorable reviews, earned enough box office, and gained enough of a cult following to inspire a sequel fifteen years later. Here are a few things you might now have known about everyone’s favorite male model.

Created by Ben Stiller and writer Drake Sather, the character of Derek Zoolander was meant to be a “Luke Perry-type” and made his debut at the 1996 VH1 Fashion Awards.

Zoolander was the first movie that VH1 ever produced.

30. The Brangelina of Fashion

The name “Derek Zoolander” was inspired by the names of two male models who both worked for Calvin Klein: Mark Vanderloo and Johnny Zander. 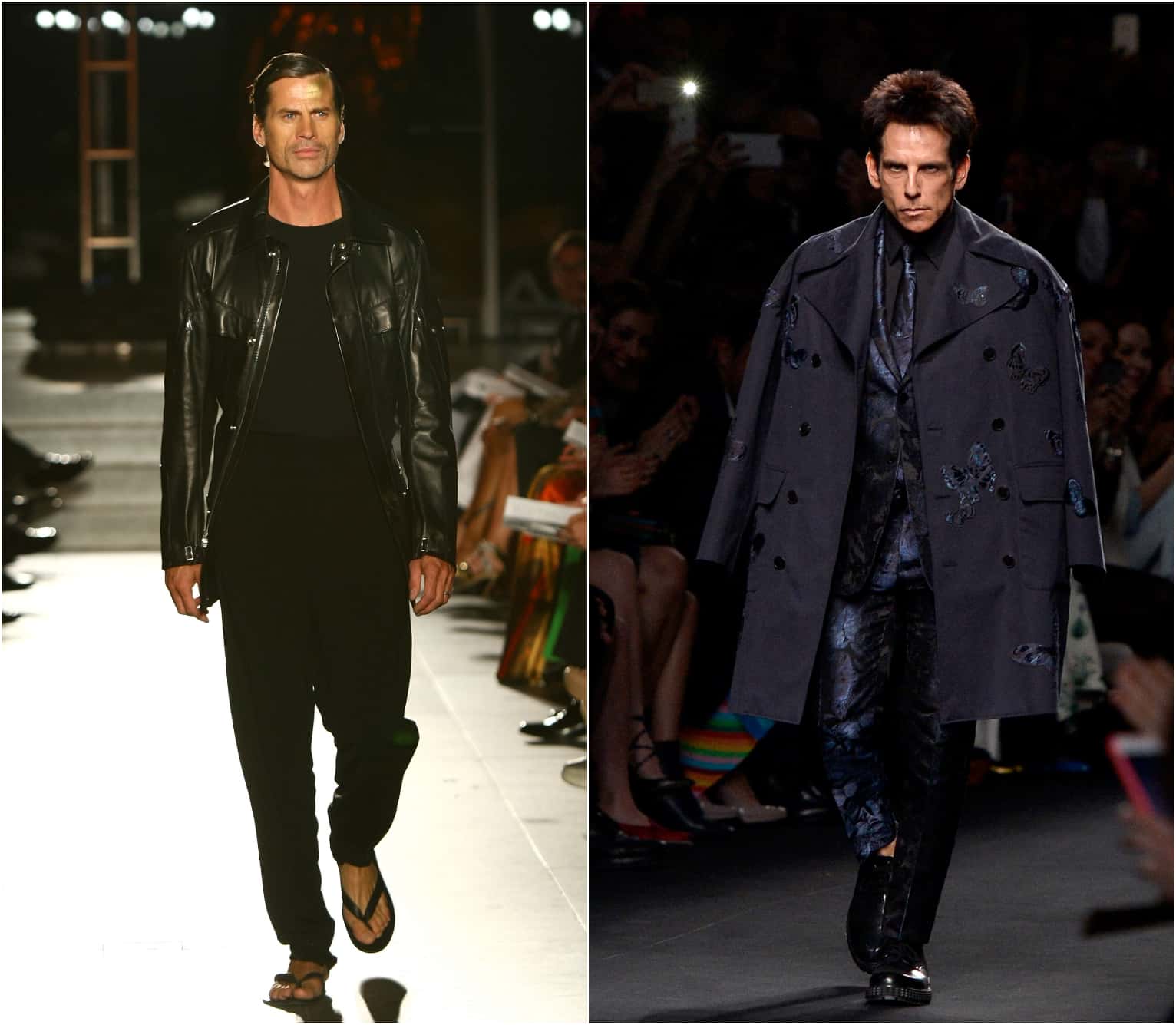 Roger Ebert gave the film one star out of four, writing in his review that the film was insensitive in its portrayal of child labor, but also added that Zoolander might be the “victim of bad timing,” considering its release two weeks after 9/11. Ebert later apologized to Stiller for going “overboard”, admitting that he’d changed his mind.

28. Commercials – They’re Not Just For Going to the Bathroom Anymore

The opening scene where Derek loses the “Model of the Year” title were shot during the 2000 VH1/Vogue fashion awards during the commercial breaks. Comprised mostly of models, half the audience were probably unaware a movie was being shot.

The role of Hansel was written specifically for Owen Wilson. Stiller has said that it’s unlikely the movie would have been made without him.

The original title for the sequel was “Twolander”, but the filmmakers decided to go with the more creative “Zoolander 2.”

Mugatu was inspired by an albino ape alien creature called The Mugatu that was an episode of Star Trek called “A Private Little War.” Stiller threw in the reference to appeal to the millions of fans who are both Trekkies and fashion enthusiasts.

Because of his song “Fashion”, David Bowie was written into the movie before Stiller had any idea that he would be willing to play the part. Fortunately, Bowie liked what he read and agreed to be in the film.

Will Ferrell had to wear a wig for half a season of Saturday Night Live because his hair was dyed platinum blonde.

20. Everybody was Breakdance Fighting

Justin Theroux, who played the Evil DJ in the original film, was a skilled breakdancer who had shown off his moves at Ben Stiller and Christine Taylor’s wedding in 2000. Stiller asked if he’d be willing to breakdance in Zoolander and he appeared in the film as a villain inspired by Gary Oldman’s character in True Romance.

19. But the Finnish Dwarves Were Okay

The Derelicte fashion show was filmed in an abandoned power plant in Long Island City.

Since the entire plot of the film revolves around Zoolander being brainwashed into murdering the Prime Minister of Malaysia, the film was deemed “definitely unsuitable” by the Malaysia censorship board and was actually banned in Malaysia.

Ben Stiller and Owen Wilson actually met the Malaysian prime minister in 2012. There were no international incidents.

Up until two weeks before shooting was set to begin, Ben Stiller had planned to play the part of Derek’s agent Maury Ballstein. Once he realized that playing two characters and directing the movie would be unrealistic, he hired his father Jerry Stiller to play the part.

Zoolander was released on September 28th, 2001, just 17 days after 9/11. The film included a shot of the Manhattan skyline which still included the Twin Towers and Ben Stiller decided to have them digitally removed. It’s a move that the New York Times described as “execrable.” Go ahead and look that word up. We’ll wait.

The role of Mugatu was originally written for Andy Dick, who couldn’t play the part because of scheduling reasons. He does make a cameo as Olga, the unattractive, Princess-Leia bunned masseuse. Stiller was reportedly unhappy with Olga’s makeup, which he claimed was too thick and made it difficult to tell it was Dick underneath. It was a shame, because if there’s anything that can improve a movie, it’s a more exposed Andy Dick.

11. Mirror Mirror on the Wall

The “Blue Steel” look actually came from a look that Ben Stiller would actually give to himself whenever he was brushing his hair in the mirror. His wife, Christine Taylor, was the one who initially brought the look to his attention, fulfilling her spousal duty to inform her husband whenever he looks stupid.

The writers had come up with several different backstories for Derek before they finally settled on his coal miner family roots. Rejected ideas included him growing up in New Jersey with a twin brother who worked as a Bruce Springsteen impersonator or growing up in the shadow of Mount Rushmore which inspired him to become a chiseled male model.

Even though Derek’s phone was tiny, Stiller was never satisfied that it was small enough.

Although the head and hair were real, the “blue steel” look that Derek and Matilda’s baby flashes the camera was CGI.

The original script’s ending called for Derek to get hit by a train and ascend to heaven but producers decided against it, citing the exorbitant costs associated with shooting it. Also, they wanted that sequel money.

The license plate on the jeep driven by Derek’s model roommate is RFK 575 which is the same plate number used in Final Destination.

Bret Easton Ellis threatened to sue the production as he deemed Zoolander as being too similar to his 1988 novel Glamorama, which was about models who become international terrorists.

Hand model J.P. Prewitt, played by David Duchovny, was based on Gene Hackman’s character in Enemy of the State while his conspiracy-laced monologue was a clear nod to Duchovny’s X-Files character, FBI agent Fox Mulder.

Eddie Murphy had expressed interest in appearing in “Zoolander 2” and had even developed his own look called “Black Iron.”

Derek’s dancing erection in the massage scene was a wooden dowel controlled by a guy hiding under the table with a joystick. Hehe. Joystick.