Everybody has at least heard of Grease. It’s one of the most famous musicals of the 20th century. The film even topped the box office in 1978. It’s the moment responsible for turning John Travolta into an international superstar… and giving us a seemingly inexhaustible supply of endlessly quotable songs.

But going on forty (!) years later, is there more to this movie than meets the eye? These 28 facts will hopefully multiply the chills we feel next time we watch the film.

As we just mentioned, Grease wasn’t just successful— it was the biggest hit of 1978. Of course, this was back when a non-superhero movie had a chance of doing that.

Though interestingly, this was also the year that the first Superman film came out, so the writing was already on the wall.

The drag race scene might look like it was a lot of fun for the actors to film, but the consequences were unexpectedly bad. The water seen in the film was actually contaminated. As a result, several people became ill from their exposure to it, no doubt creating tears on several pillows!

Originally, the character of Sandy was an all-American girl with the surname Dumbrowski. When Olivia Newton-John was cast, they changed her character to Australian to accommodate Newton-John’s accent. They also changed her surname to Olsson, though later Broadway shows would go further and change it to Young. Subtle—in the next iteration, will they call her Sandy Purity or just go straight for Sandy Virgin?

25. From Stage to Screen

Jeff Conaway (Kenickie) had originally played Danny Zuko in the Broadway show before being cast in the film. No doubt he had to restrain himself from giving John Travolta advice on how to play the role.

At the beginning of the film, Danny Zuko wears a windbreaker over his white t-shirt. This was a subtle tribute to one of the original bad boys, James Dean, who wore a windbreaker in Rebel Without a Cause. Sadly, there is a tragic irony to a car-glorifying film like Grease referencing Dean, whose love of fast driving and fast living led to his tragically early death.

When it came time to adapt Grease on the big screen, four new songs were added by the filmmakers: “Grease,” “Hopelessly Devoted to You,” “Sandy,” and “You’re the One That I Want.”

As clichéd and ’50s as the gang name “T-Birds” was, it could have been much worse. The original idea was that they would call themselves the Burger Palace Boys. How would they come up with such a name? It would be in honor of their favorite hangout place. Who knew gangs were open to capitalist endorsements?

Allegedly, the cast chewed over 100,000 pieces of gum during the shoot. We have no idea how they got that information, but we’re sure that no film production ever had such sweet-smelling breath again.

As beloved as Grease became, the critics initially hated it when it first came out. The New Yorker review derided Grease as being a “klutzburger” and The Today Show denounced it as “visual junk food.” Of course, that didn’t stop American audiences from making it the huge success that it was.

Travolta already an established name before the film, with an acting and singing career, which included the hit song “Let Her In” from 1976. But before all that success, he had been just another struggling actor. According to Didi Conn (Frenchy), they met at the unemployment office in LA and used to flirt while waiting in line! Travolta had also appeared in Grease onstage as the character Doody. Safe to say, he’s more well-known for being Zuko since the film came out.

18. A Musical for the World Records

During the production of Grease, the film production for The Bad News Bears allegedly challenged the cast of Grease to a softball game. Sadly, Travolta was one of the only people in either cast who didn’t show up for the game.

According to cast member Didi Conn, the entire cast became like a family offscreen, with the exception of Susan Buckner, who played Patty Simcox. In keeping with her position in the movie, Buckner was reportedly excluded from the rest of the group, who saw nothing wrong with ignoring and picking on her.

Surprisingly, the big song number “You’re the One That I Want” was utterly despised by Grease director Randal Kleiser. He thought it “sounded awful” and would have kept it out of the film if he’d had the choice. To the eternal gratitude of many Grease fans, Kleiser did not get his wish.

14. Too Greasy for Grease

In the film, there is a scene where Rizzo throws a shake in Kenickie’s face. Originally, they filmed an argument between the two to explain why she threw that malt at him. However, the filmmakers were concerned that the vehement argument was too violent and dark for the film’s tone, so they cut it out of the final film version.

In the same diner scene, Rizzo was originally supposed to throw the shake at Kenickie, miss, and hit Frenchy by accident—hence the line “Sorry French” even though she barely hits the beauty school dropout. Frenchy needing to clean up would lead directly into her “Beauty School Dropout” serenade by Frankie Avalon. In an interview, Didi Conn, who played Frenchy, claimed that Stockard Channing (Rizzo) was actually mad at Jeff Conaway (Kenickie) IRL—for reasons similar to the ones in the film. The hickeys were real, and they did indeed come from Kenickie! There were multiple takes, and Channing just couldn’t resist throwing the shake directly at Conaway, leading to Conn actually trying to jump in front of him a bit more on each successive take. I guess they eventually just decided to go with it and let Conaway take the brunt of the pink liquid. Sorry French!

The song “Greased Lightning” was originally not sung by Danny Zuko in the stage show. And really, the song’s proclamations of cruising around for as many girls as possible doesn’t fit Zuko’s love story with Sandy. However, John Travolta used his clout to have Zuko sing “Greased Lightning” instead of Kenickie.

11. Wouldn’t It Be Nice If They’d Been Available?

Interestingly, the battle over who got to sing “Greased Lightning” was originally not supposed to go to either Danny Zuko or Kenickie. The director’s original choice to sing that song was none other than the Beach Boys. Unfortunately, their cameo didn’t work out.

After Grease had wrapped filming, the producers decided that Newton-John needed a big ballad for the film, so they brought her back and filmed her singing the song “Hopelessly Devoted to You.” It ended up garnering the film an Oscar nomination.

9. You’re Supposed to Be a Teenager!

Jamie Donnelly, who played Jan, had to go to interesting lengths to properly play her role in the movie. Her hair was prematurely turning gray, so they had to dye it black. However, her hair grew so fast (and came in gray again) that they needed to correct it with black crayon throughout the shoot.

At the film’s premiere, Newton-John attended while wearing a prom dress. When it was time for the after-party, she changed into a tight, pink “Sandy 2” look.

7. Too Old for High School!

In case you couldn’t tell—and if you didn’t notice, get your eyes checked, serously—none of the cast was actually high school age when they appeared in the film. John Travolta (Danny) was 23, Stockard Channing (Rizzo) was 33, Olivia Newton-John (Sandy) was 28, Didi Conn (Frenchie) was 25, and Michael Tucci (Sonny) was 31 years old at the time of filming. At 19, Lorenzo Lamas (Tom Chisum) was actually the closest being young enough for high school. Channing was born in 1944, meaning that she actually attended high school in the ’50s.

Carrie Fisher was approached as a possible candidate for the role of Sandy, but Grease‘s director ultimately passed. Maybe if Star Wars had given her a song and dance number, she might have left a different impression on him.

5. How Dare She Earn the Role!

Interestingly, Lucille Ball’s daughter, Lucie Arnaz, was the first choice for Rizzo. However, Ball was reportedly so angry that her daughter had to audition at all, the production moved on to another choice.

At one point, Henry Winkler (aka Fonzie from Happy Days) was considered for a lead role in Grease. Winkler wasn’t interested because he not only lacked singing experience, he was also worried that he would be typecast in greaser roles for the rest of his career. To be fair, though, Happy Days had already nailed that coffin shut.

Despite his character’s infatuation with Rizzo—and that he insisted on giving Stockard Channing real hickeys—Jeff Conaway was hopelessly crushing on Olivia Newton-John during the production. Reportedly, he could barely speak in her presence. Later on, he would marry her sister, Rona, presumably after he’d gotten over his hopeless devotion to Sandy.

One of the more famous stories of Grease is that Elvis Presley was offered a role in the film, but he turned it down. However, the story doesn’t end there. When the production filmed the song number “Look at Me, I’m Sandra Dee,” Rizzo sang “Elvis, Elvis, let me be, keep that pelvis far from me.” The same day that the scene was shot, Elvis passed away.

As popular as the school dance scene was, the actual filming was anything but fun for the cast and crew. Not only did it take weeks to film, it was also filmed in a windowless gym where the indoor temperatures got up to as high as 100 degrees! Actor Michael Tucci actually fainted during the shoot and was taken to the ER, while a few other extras had to stop due to heat-related sicknesses. Talk about putting it on the line for a movie! 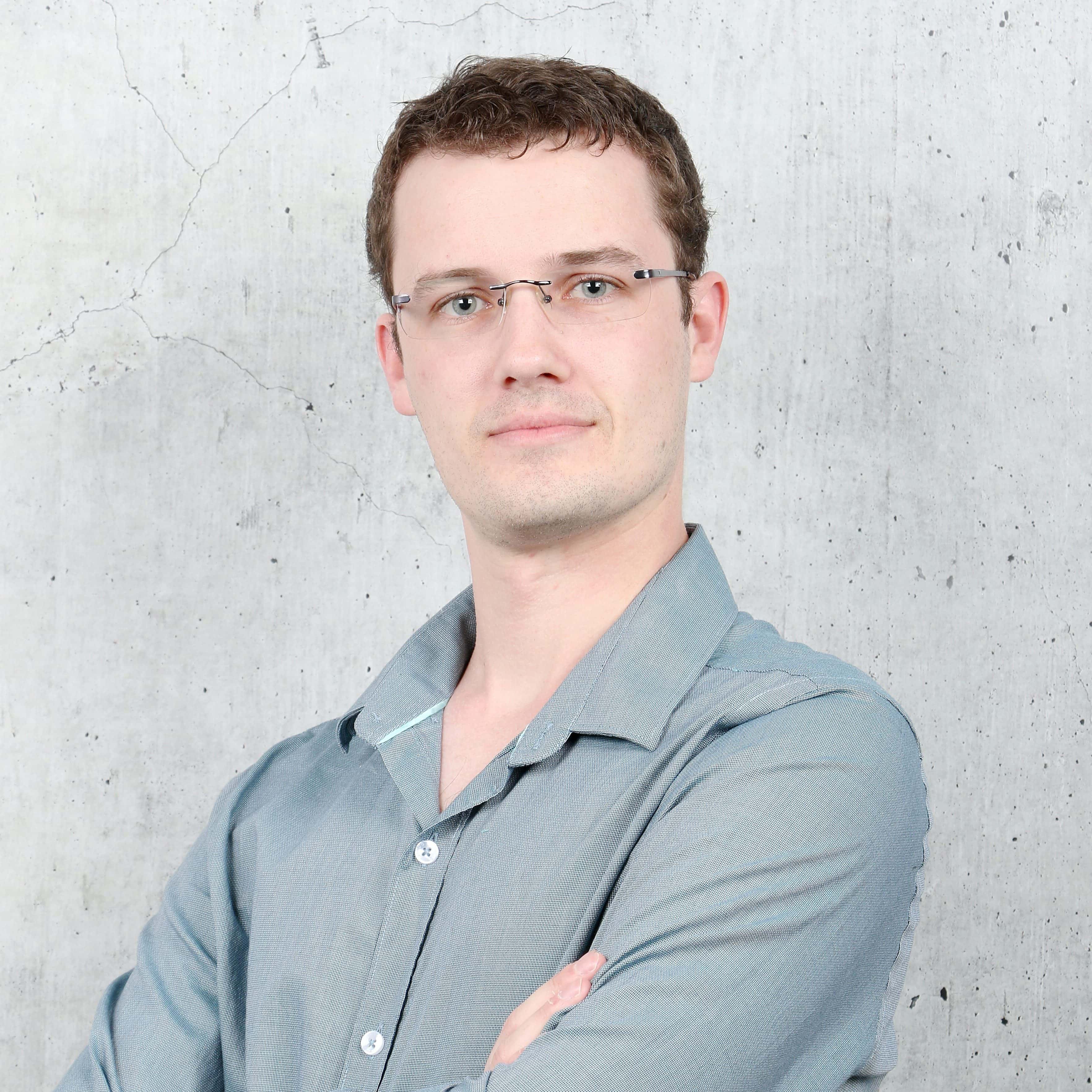