“The secret is, I have no shame.”—Dakota Johnson.

A child of famous parents in Hollywood never has real anonymity, but actress Dakota Johnson definitely doesn’t have any privacy left now that her steamy scenes on screen have made her an internationally recognized name. Born Dakota Mayi Johnson, the former model has taken Hollywood by storm as Anastasia Steele in the Fifty Shades trilogy, based on the bestselling books by author E.L. James. And with several new projects and her own production company in the works, don’t expect Johnson’s name to fade from the big screen anytime soon. But who is this new starlet everyone’s talking about? Here are 26 facts to help clear up the mystery.

Johnson comes from a reputable lineage of stars on the big screen. Her parents are Melanie Griffith (Working Girl) and Don Johnson (Miami Vice), who have both had long, successful careers. Johnson actually made her movie debut with her mom in Crazy in Alabama. But on top of that, her maternal grandmother is none other than Tippi Hedren, one of Alfred Hitchcock’s muses, who starred in two of his standout films—The Birds and Marnie.

Johnson is different from most celebrities out there in that she chooses not to over-indulge in social media. She admits that she saw herself becoming, in her words, a “psycho stalker” on Facebook and made the decision to delete her account. In an interview, Johnson added how vulnerable sharing her life on social media made her feel, and that choosing to stop using it so much gave her a sort of privacy.

Not satisfied with just acting, Johnson started her own production company, Silhouette Productions, and intends to bring the kinds of projects that she believes don’t currently exist to the screen. 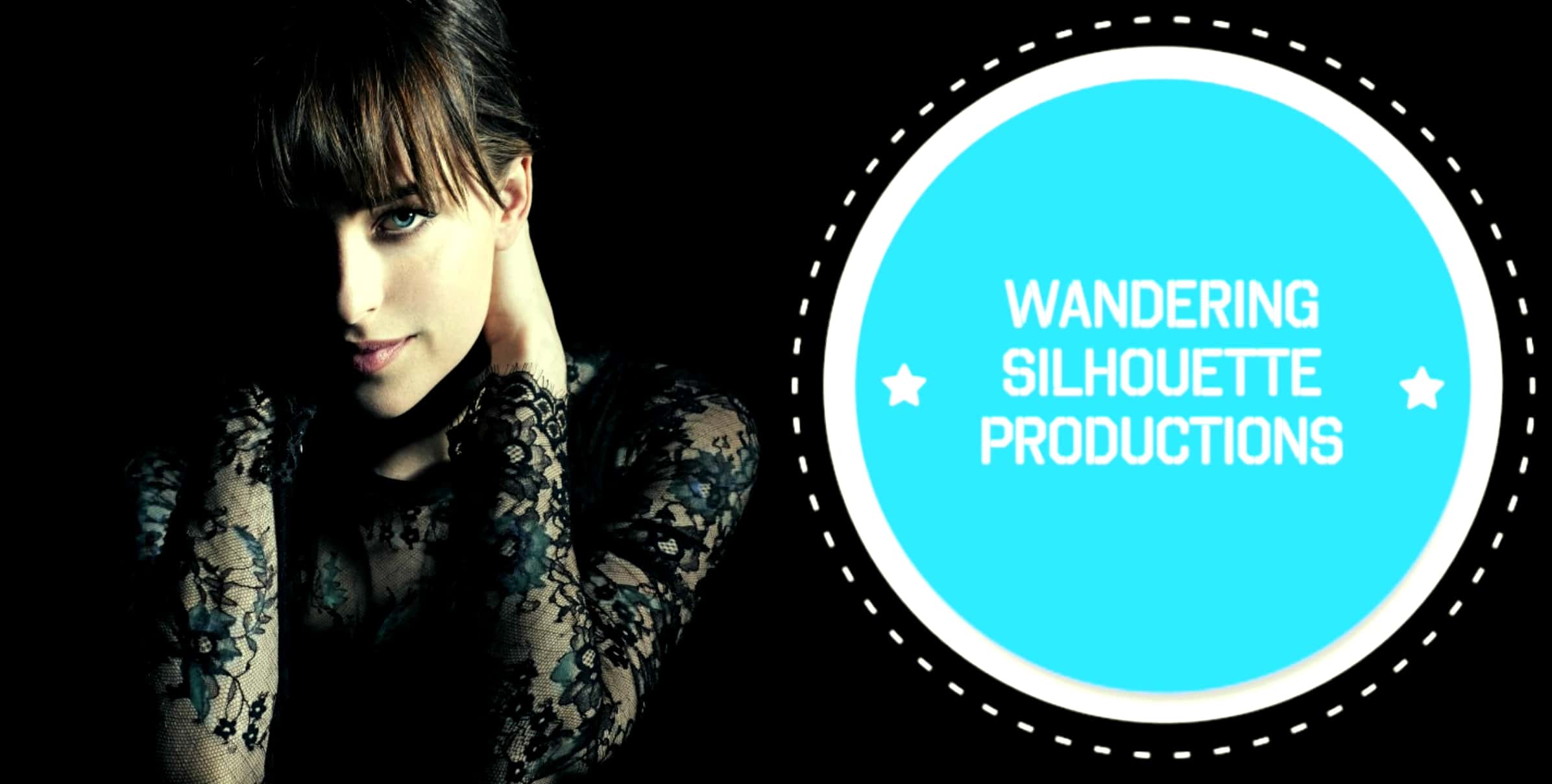 Johnson was drawn to movies from a very early age. She had a list of films she would watch over and over again, including Mary Poppins and Beetlejuice. As she got older, she got really into Bernardo Bertolucci and John Cassavetes.

Melanie Griffith and Don Johnson were married, divorced, remarried, and then divorced again—all in the public eye. Johnson’s parents’ off-and-on relationship caused quite a stir in the media at the time. Don, who has had four wives, moved in with Griffith when he was 22 and she was 15, and they married in 1976 after she turned 18. They divorced a few months later, only to get back together in 1989, and they then had their daughter. They stayed together until 1996, and are now just good friends.

Johnson has six siblings. She has two on her mom’s side—Stella Banderas and Alexander Bauer—and four on her dad’s, the Johnsons: Jesse, Deacon, Jasper, and Grace. Johnson is close with Stella and Grace, and we can only imagine how much more it adds to her hectic schedule to keep up with her big family.

Griffith later married Antonio Banderas, who became Johnson’s stepfather. They got divorced after 18 years of marriage in 2014, after which Johnson wanted nothing to do with Banderas for allegedly hurting her mom. However, after Banderas suffered a serious heart attack recently, Johnson did reach out to him and the two cleared the air.

As a child of divorce, Johnson would spend two weeks with her dad on his Colorado ranch, learning to ride horses, build fires, shoot guns, and ride a motorcycle. Then she’d be shuffled off to her mom’s house in Los Angeles, where she discovered her love of movies. She describes her mother’s house as having a huge vault with shelves upon shelves of films in alphabetical order.

Between traveling back and forth to be with her parents and going through several tutors and schools, it’s no surprise that Johnson hated school when she was younger. Academics aside, Johnson’s life of traveling around the world with her parents did not mix well with sitting all day behind a desk and led her to feel “like an alien” in the classroom.

Johnson has admitted that she would give up her fame and fortune to live on a ranch with children and animals. The star is a private person who appreciated her anonymity when she still had it, though it is now long gone. She intends to get her ranch one day, regardless.

Like many other children of famous actor parents, Johnson started modeling in her teens before she transitioned into acting. She arguably could have had a very successful career as a model today if she had stayed in that industry.

15. Ready for the Spotlight

Johnson’s parents were not initially thrilled with her decision to follow in their footsteps into the acting world. In an interview with AnOther magazine, Johnson says, “At first my parents were like, ‘No way!’ But I think they knew they didn’t really have an option.” As Johnson discovered her love for theater and applied to Juilliard (she was rejected but happy about it), her parents came onboard and supported her fully.

Some fans may have recognized Johnson before she put handcuffs on, in the sitcom Ben & Kate starring Nat Faxon, Maggie Elizabeth Jones, and Johnson. The show was about a single mom raising her daughter while living with her brother. Although the show developed a loyal fan base, it didn’t make it to season two.

Johnson is an outspoken animal rights activist who is particularly passionate about horses. In 2014, she donated almost $8,000 to Pantelleria Equestrian Center in Italy to save the lives of a group of horses. Her love and desire to protect animals are further traits she’s inherited from her grandmother, who started a big cats animal sanctuary called Shambala in California.

Johnson’s BFF may not have old family connections to Hollywood, but she does hail from rock royalty. Riley Keough is the granddaughter of the legendary King of Rock ‘n’ Roll, Elvis Presley. The daughter of Lisa Marie Presley, Keough has ventured into acting and modeling herself, notably as the star of the series The Girlfriend Experience, produced by Steven Soderbergh. 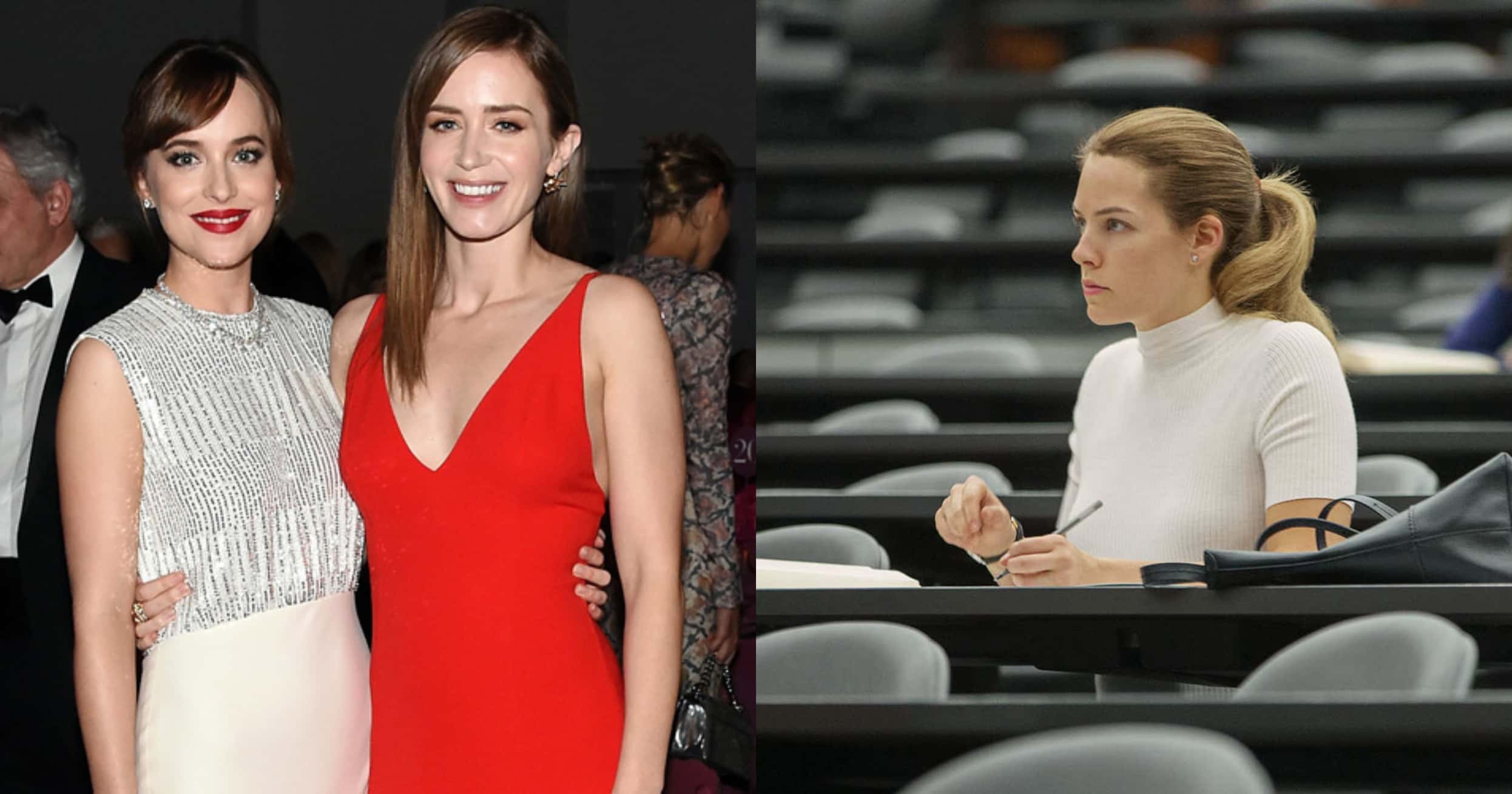 Johnson managed to beat out some heavy hitters for the role of Anastasia Steele in Fifty Shades of Grey. Other actresses considered were Elizabeth Olsen (Avengers: Age of Ultron), Shailene Woodley (The Secret Life of the American Teenager), Chloe Bridges and Lucy Hale (both from Pretty Little Liars). For her audition, Johnson stole the show by reading a lengthy, steamy passage from the 1966 movie Persona.

Fans of the Fifty Shades series might be surprised to learn Johnson’s skin is heavily adorned with tattoos. She had to hide them with makeup to take on the role of Anastasia Steele, and she has done so before with other acting roles. Johnson revealed in an interview that she has outgrown most of her tattoos, and that covering them up for work gets pretty annoying.

After finishing filming for Fifty Shades of Grey in 2015, Johnson admits she nicked a few items from the set: a flogger and a few pairs of underwear.

Many may wonder why Johnson chose to take on the risky (and risque) role of Anastasia Steele; she’d never done a sex scene in a movie or been naked on camera before Fifty Shades of Grey. Johnson says she takes on projects that resonate with her and connect somehow to her life at the time. In the case of Miss Steele, Johnson was attracted to how the character grows over the course of the three movies. By the third film, she gains confidence and becomes a “fierce young woman who discovers that perhaps her sexual preferences are more similar to Christian Grey’s than what she initially expected.”

Johnson and Jamie Dornan (who plays Christian Grey in Fifty Shades) got into the habit of giving each other gifts while they worked together. The first gift Johnson bought Dornan was a set of chef’s knives because he loves to cook. Dornan returned the thought by giving Johnson the leather flogger he beat her with on screen in a glass case, to which Johnson said, “Thank you, this will go in my garage,” apparently unhappy with the memento. Johnson also got creative and made him a T-shirt with an inside joke on it, which he wears as a pajama top.

5. And the Rest Is Rust and Stardust

Johnson’s favorite book is Lolita by Vladimir Nabokov. She used the character of Lolita as inspiration for a darker role as sexy and manipulative Penelope in A Bigger Splash (2015), a loose remake of Jacques Deray’s La Piscine (1969). 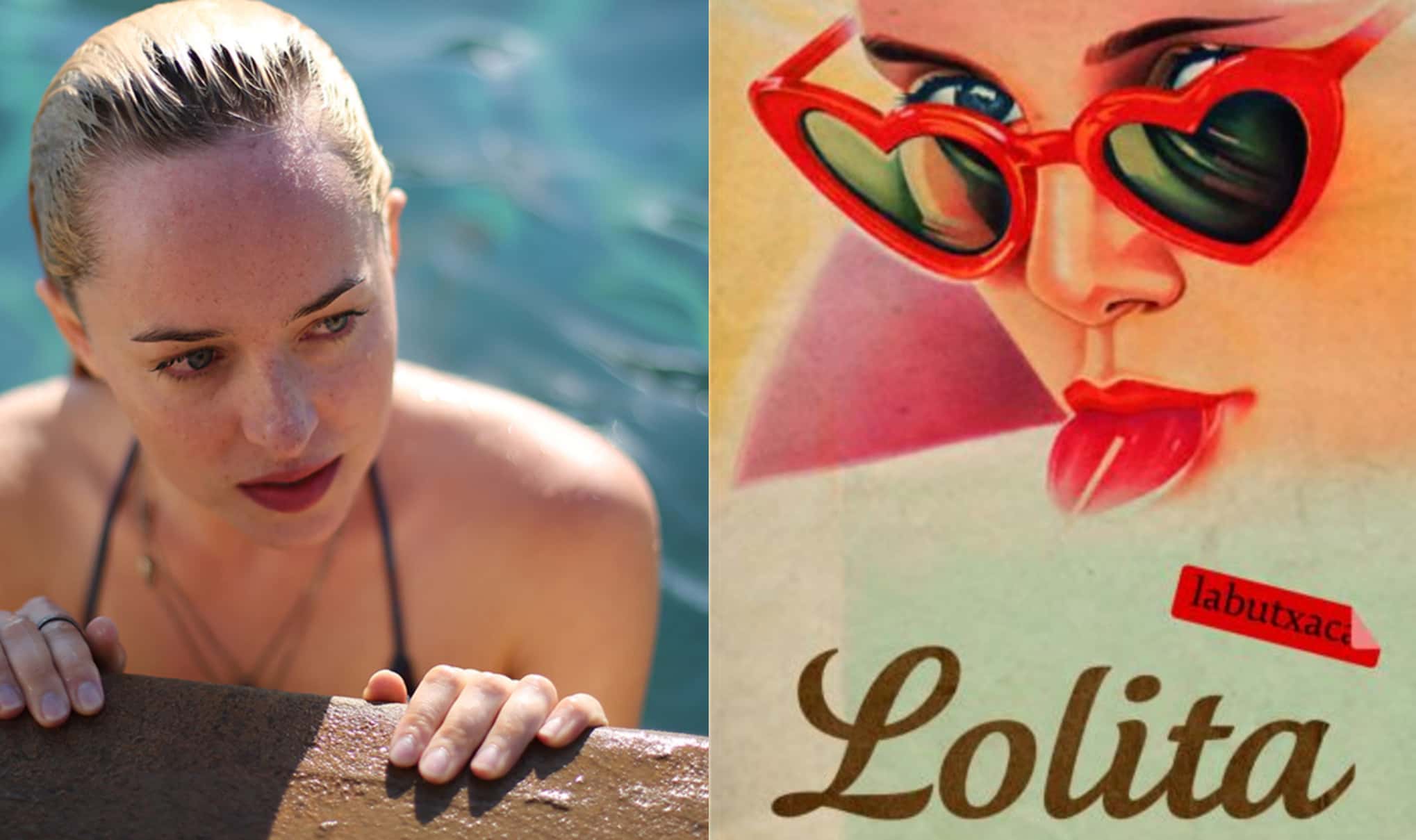 The director of A Bigger Splash, Luca Guadagnino, cast Johnson in another one of his works, Suspiria, set to be released in November 2018. Suspiria is a remake of Dario Argento’s classic horror movie, and Guadagnino’s homage to the original led Johnson to get some therapy after filming the project. Taking on the lead role, Johnson plays a dancer who is accepted into an elite dance academy and discovers an evil presence in the school. As an individual who absorbs a lot of emotion, Johnson thought it best to chat with a therapist as a way of letting go of those emotions and moving on from the movie.

Because her parents’ problems were broadcast in tabloids for her classmates to see, as a teen Johnson had to deal with bullying at a Catholic all-girls boarding school she attended. She soon switched to the infamous private New Roads School, where many celebrities send their children, and didn’t stand out as much. Unfortunately, the bullying continued and intensified, with girls bringing magazine clippings into school about Johnson’s parents’ substance abuse issues. She eventually checked into rehab to get some therapy due to the stress of the situation.

The Met Gala is one of the biggest events of the year and an invitation is seen as a rare privilege. At the 2017 edition, a group of young stars including Dakota Johnson sparked a scandal when they were caught smoking in one of the bathrooms. The group, including designer Marc Jacobs and model Bella Hadid, netted the Metropolitan Museum, the gala’s venue, a stern warning from the New York City Department of Health.

Soon after the first Fifty Shades movie began filming, rumors spread that the two co-stars hated each other. After the final film was released, Johnson finally revealed the truth about their relationship. She said that, due to the sensitive nature of their scenes together, they had no choice but to be comfortable with each other. The director of the second and third films in the trilogy backed her up, saying that they bonded over the course of the press tours they did together.

Oksana Maskulka is a writer at Factinate.