Bone-chillers, spine-tinglers, hair-raisers: Stephen King is the master of his craft. He has written over fifty novels and eleven short story collections over his decorated career. Many of his books have been turned into huge blockbuster films and they continue to bring in audiences. He’s a savvy user of Twitter and someone who keeps a pulse on pop culture. His books, and their screen adaptations, often share a universe, which means his stories are always full of references and clues to other works. So what else is there to know? Read on for 26 facts about the works and adaptations of the Master of Horror himself, Stephen King.

26. Pre-Production of the Living Dead

King and horror-legend George A. Romero were mutual fans. Romero was twice slated to direct adaptations of King’s works but both times it fell through due to scheduling conflicts. The Night of the Living Dead director was first supposed to direct a 10-hour miniseries version of It, then he was supposed to direct Pet Sematary.

Stephen King’s novels and short stories have been great fodder for filmmakers for decades now, but some have been more successful than others. For years, The Green Mile, starring Tom Hanks and Michael Clarke Duncan, sat at the top of the list of highest grossing Stephen King movies, but it was recently been eclipsed by the new adaptation of It, which has grossed $700 million.

A few movies based on Stephen King novellas and novels have attracted the scorn of critics and moviegoers alike. Two Stephen King-based movies have received less than one million at the box office. These, erm, honors go to The Night Flier and Riding the Bullet. They made $237,700 and $192,900 respectively.

Stephen King’s first story to ever be professionally published was in a collection called Startling Mystery Stories and it appeared in 1967 when he was 20 years old. The story was called “The Glass Floor.”

Carrie, the novel about a telekinetic teen who takes revenge on her bullies, was King’s first published novel. He received an advance of $2,500 from publishers Doubleday and the paperback rights later earned him a whopping $400,000. Not too shabby of a debut, if you ask me.

When King was first starting out, he sometimes published under the pseudonym Richard Bachman. A bookstore owner in Washington eventually outed the name as belonging to King in the late 1980s. King has since used the name as an opportunity to play with the nature of writing and writerly identity.

In the novel It, the kids first encounter Pennywise the clown in 1958. In Andy Muschietti’s recent adaptation for the big screen, the date has been moved up to 1989, four years after the final encounter with Pennywise in the novel. Similarly, the second part of the novel takes place in 1984, but for the upcoming It—Chapter Two, the timeline has been pushed up to the modern day, taking place in 2016.

The film Stand By Me was based on King’s short story “The Body,” which takes place in the fictional town of Castle Rock. King’s fictional town is set in Maine and in the story, this is only obliquely referred to by the fact that the town is just outside of Portland. Filmmakers mistook this Portland for being the one in Oregon, so the movie is set in in the wrong state.

Castle Rock is a recurring fictional location in the stories of Stephen King. The first movie to be set in Castle Rock was the 1983 film The Dead Zone starring Christopher Walken and directed by Rob Reiner. Both Cujo and Stand By Me were also set in the town, and in 2018 a TV series called Castle Rock was released which is based on characters from across many of King’s works.

King was a huge fan of the television series Lost, which makes frequent reference to some of King’s short stories and novels. The big fan that he was, he got the show’s writers and producers, JJ Abrams and Damon Lindelof, to adapt his Dark Tower series into a film franchise, though both of them would end up leaving the project by the time it was produced. 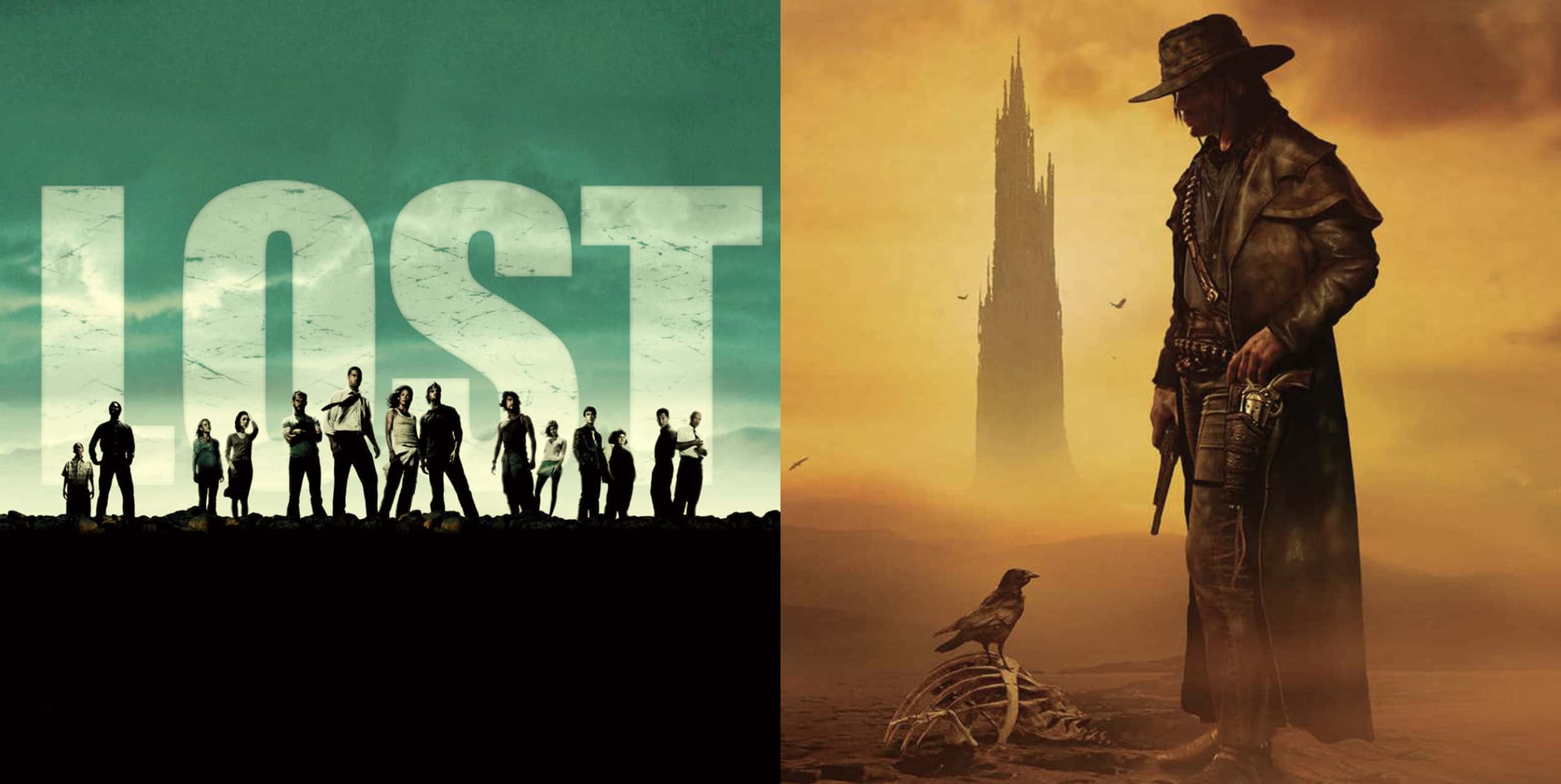 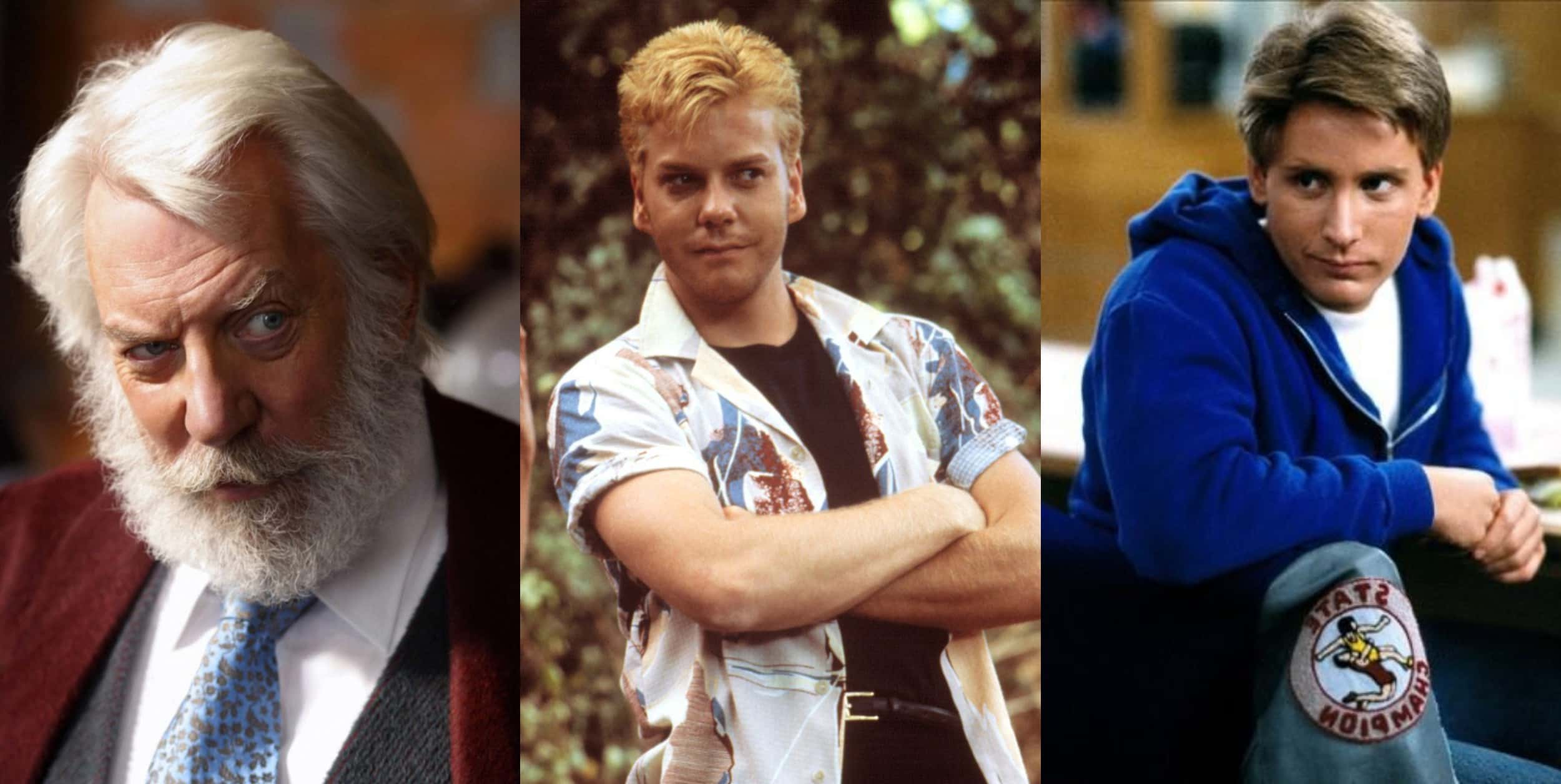 Actors often feature in multiple adaptations of King works, from Ed Harris to Kathy Bates to John Cusack. But Thomas Jane probably wins the prize here, because he was actually in two different adaptations in the same year. In 2007, he played parts in both The Mist and Dreamcatcher.

King has quite famously voiced his displeasure with Stanley Kubrick’s adaptation of his novel The Shining. He was particularly not interested in Jack Nicholson’s interpretation of his character. King felt the descent into madness needed to be more gradual and less chaotic. To each their own I guess.

In 2003, King mentioned that he had an exclusive deal with Castle Rock Entertainment, the production company that Rob Reiner created after filming Stand By Me. King said that he allows the company to buy any of his works for one dollar, but only he can approve the script, the director, and the cast. He can also pull the plug anytime that he wants, without heed to the amount of money already sunk on the project. Under this deal, he receives 5% on the back end of any of these films, meaning that for every dollar spent at the box office, he gets five cents. Unfortunately for him, 2017’s It wasn’t done by Castle Rock, so he didn’t get 5% of that sweet $700 million gross.

King has one of the distinctive honors of never having one of his novels out of print. Since 1974, when he published Carrie, his works have always been available in reprints through a variety of publishers.

King is widely considered one of the most successful contemporary writers. He has been on the bestseller lists many times and has reached the number one position on 36 occasions. Even now, he’s disappointed if a new book doesn’t reach the top.

Stanley Kubrick spent much of his time after his movie Barry Lyndon came out reading contemporary literature in search of his next project. He hated much of what he read, whipping the books against the wall when he was done with them. But his assistant can remember when he was reading The Shining, because even after a few hours she had yet to hear book hit wall, which meant he liked it.

King is known mostly for penning thrillers, horrors, and mysteries, but he has a soft spot for comic books. He has written a number of back-up stories for American Vampires by Scott Snyder and Rafael Albuquerque. King has also supervised the production of graphic novels based on some of his works including The Stand and The Dark Tower.

7. Closer to the Heart

With over 50 published novels and a number of short story collections, King has written a lot of books. However, he has no trouble picking his favorite. That title goes to the politically-tinged vampire novel Salem’s Lot from 1975.

King’s novel It, which has had two successful onscreen adaptations, shares a universe with The Dark Tower series, which has also recently received the big screen treatment. Sounds like a crossover potential, if you ask me!

In the final battle scene of the mini-series adaptation of It from 1990, the color green appears frequently. This use of green correlates to death. King believes the color represents death, perhaps a view gained by his interest in the work of H.P. Lovecraft.

4. A Clown by Any Other Name

Pennywise, the horrible clown that haunts the kids in It, almost wasn’t a clown at all. Originally, King based the book on the story “Three Billy Goats Gruff,” imagining the Losers Club as the goats, the town of Derry as the bridge, and Pennywise as the troll lurking beneath. Eventually, he decided that kids hated clowns more than trolls, which is probably true, and he made the switch.

In his memoir On Writing, King talks about his struggles with drugs and alcohol, famously mentioning that he wrote the novel Cujo, which became a popular movie by the same name, while on a wild cocaine and alcohol binge. It was so bad that he still maintains that he doesn’t remember writing a single word of the classic book.

In the show Castle Rock, some disturbing things have gone down in Shawshank State Prison. Some of the prison scenes from the show were actually filmed in a place that’s seen its own share of real-life horror—the West Virginia State Penetentiary in Moundsville. The prison once housed 2,400 violent criminals. 85 executions have taken place there, not to mention murder, rape, and suicides. The 142-year-old penitentiary is considered to be one of the most haunted sites in the state of West Virginia.

Commenting on the scene, Stephen said, “I wasn’t really thinking of the sexual aspect of it. The book dealt with childhood and adulthood –1958 and Grown Ups. The grown-ups don’t remember their childhood. None of us remember what we did as children–we think we do, but we don’t remember it as it really happened. Intuitively, the Losers knew they had to be together again. The sexual act connected childhood and adulthood. It’s another version of the glass tunnel that connects the children’s library and the adult library. Times have changed since I wrote that scene and there is now more sensitivity to those issues.”

He later added, “It’s fascinating to me that there has been so much comment about that single sex scene and so little about the multiple child murders. That must mean something, but I’m not sure what.”