“Being a star doesn’t last. That’s not what life should be about. It’s a complete illusion that really has nothing to do with you. For me, finding out about life is the most important thing.”— Jake Gyllenhaal

Jake Gyllenhaal was only 11 years old when he made his big-screen debut opposite Billy Crystal in City Slickers. Since then, he has gone on to enjoy an impressive movie career, from October Sky to Jarhead and beyond, making himself a household name worldwide and earning a myriad of award nominations and wins. He has boy-next-door charm and looks—perfect to bring home to mom! I mean, he’s stated that he’s interested in settling down and having a family. Any takers? He’s an incredibly private person, hails from nobility and hangs out with the coolest of the cool—keep scrolling to find out all there is to know about this talented actor.

You could say that showbiz is in the genes when it comes to the Gyllenhaal clan. His sister is actress Maggie Gyllenhaal, their father Stephen is a director and their mother Naomi is a producer and screenwriter. And, though she isn’t related by blood, Jamie Lee Curtis is Jake’s godmother. In turn, Gyllenhaal is godfather to Matilda Ledger, the daughter of Michelle Williams and the late Heath Ledger.

23. Learning From the Best

Curtis may be his godmother, but Paul Newman is his godfather. What’s more is that Newman gave Gyllenhaal his first driving lesson! How many can claim that? 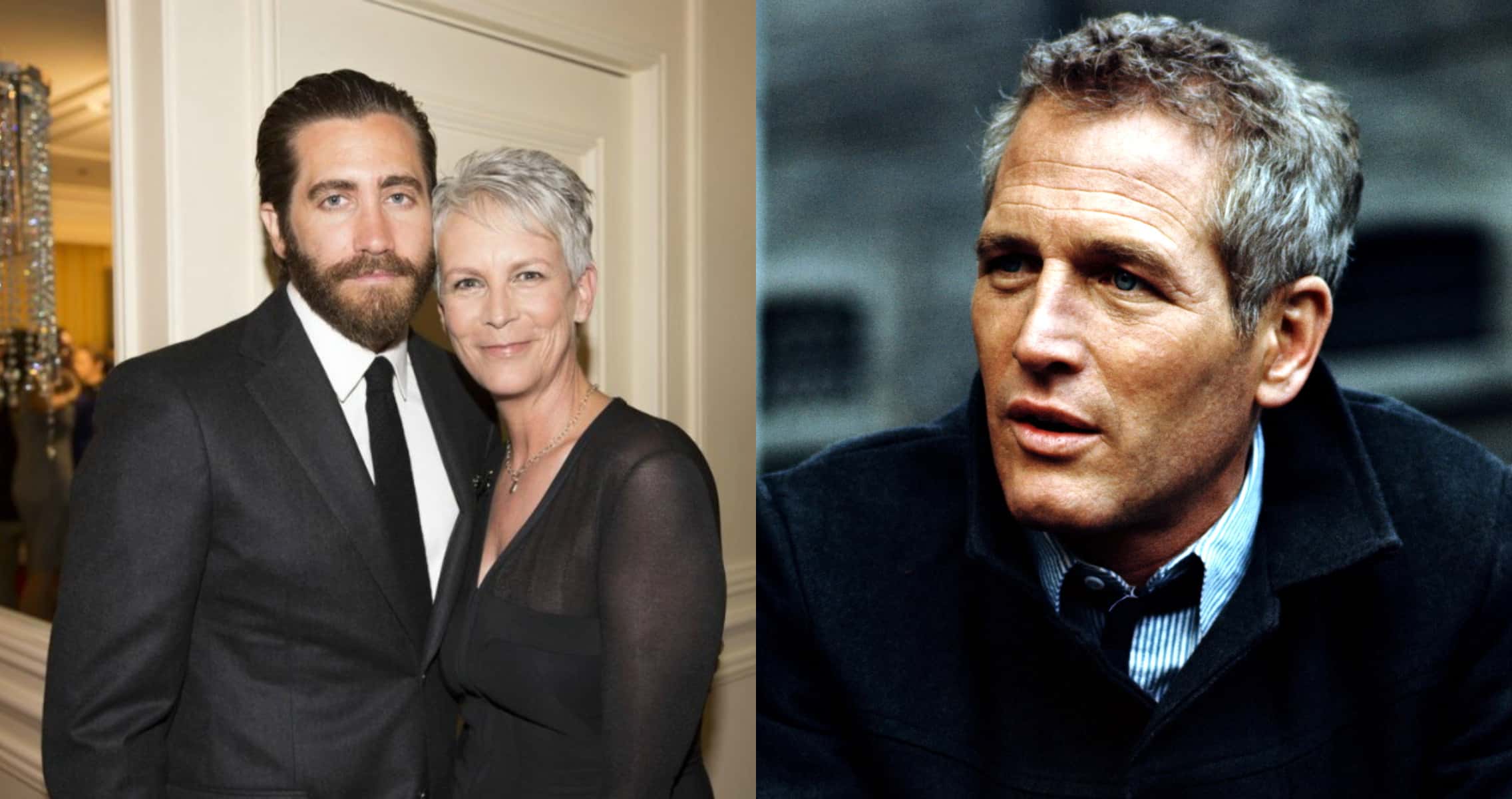 22. The Siblings That Act Together

Gyllenhaal and his sister got the chance to star together in the 2001 film Donnie Darko. He said it was a tough experience, with each of them insulting the other’s acting abilities, as siblings are wont to do. “My sister is probably the reason why I do this, she’s somebody I admire more than anybody in the world and drives me ****ing nuts sometimes.”

His parents denied him a role in The Mighty Ducks because filming would have taken him too far away for too long. “I definitely remember crying on the kitchen counter,” he said of that time. It would have been only his second role following City Slickers, but his parents didn’t want his education to be affected.

They say show business is a small world—well, it’s about to get a lot smaller. Gyllenhaal and Adam Levine, Maroon 5’s lead singer, have known each other since kindergarten and been good friends ever since. Then, when Gyllenhaal moved onto University at Columbia, one of his professors was Uma Thurman’s father, Robert. Where’s Kevin Bacon in all this? 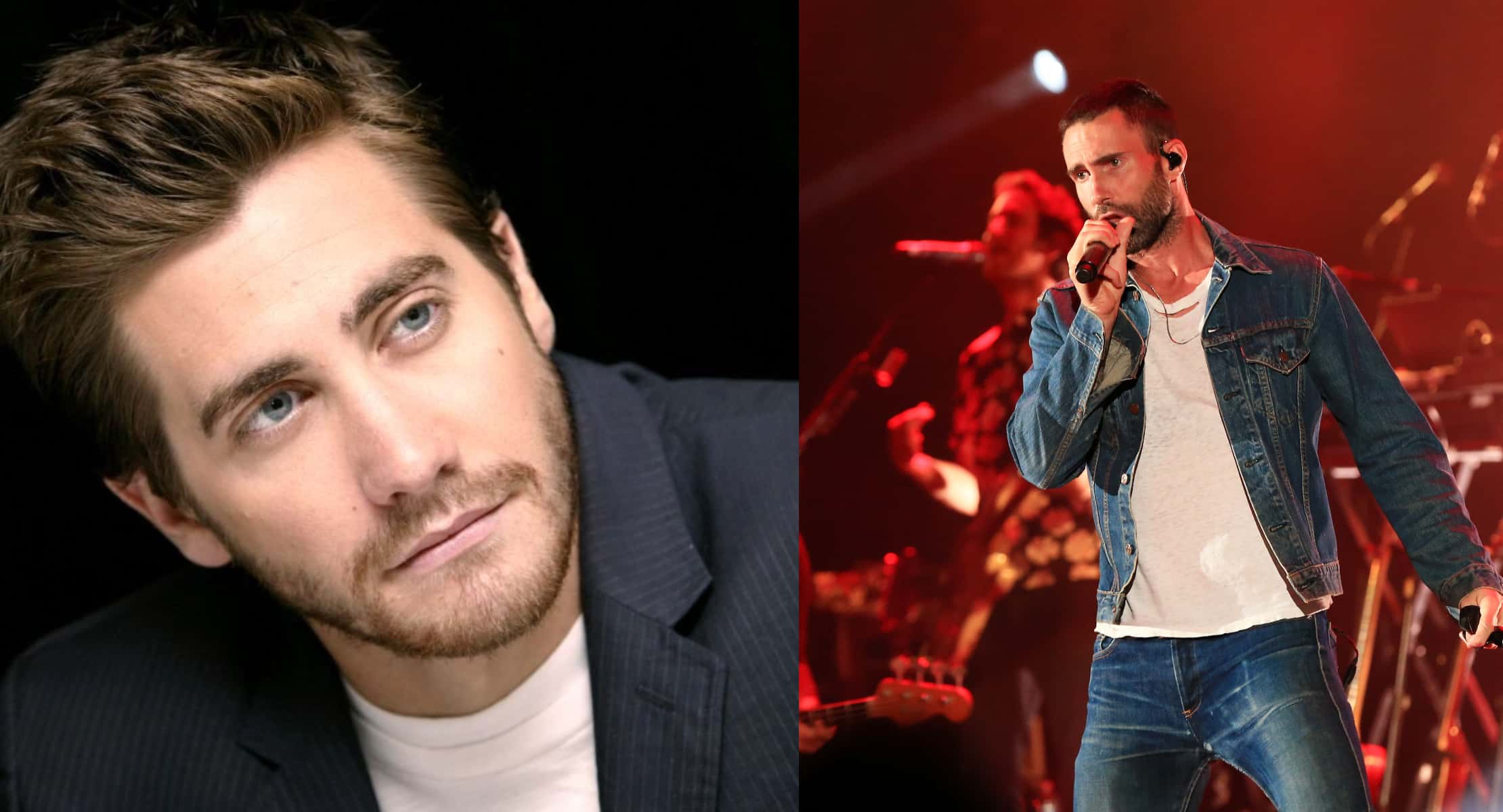 19. Peace Comes From Within

Gyllenhaal is a practicing Buddhist. He even took a class on it while studying at Columbia. “I am a big proponent of continuous self-reflection,” he says. Not bad advice, if you ask me.

Starting from an early age, Gyllenhaal was interested in helping people. In this case, he donated his glasses to the group “New Eyes for the Needy” whenever his prescription changed—something his grandfather encouraged him to do.

In an effort to support the Future Forests program, the actor spends hundreds of dollars a year to have trees planted in a forest in Mozambique. He also does much more public service, like helping to promote climate change awareness after his film The Day After Tomorrow was released, helping the Stand Up to Cancer TV fundraiser, and donating his time to the American Civil Liberties Union, which his whole family supports as well.

Gyllenhaal shot a commercial for the Rock the Vote campaign and stopped in at the University of Southern California with his sister Maggie to inspire the students to go out and vote.

Everything we know about Gyllenhaal is probably only because he’s mentioned it. He’s a really private person and doesn’t like to share too much about his life. “I’m not necessarily guarded,” he said in a 2017 interview with The Guardian, “but I consider intimacy to be very important and I don’t think everybody needs to know about my family or my personal details.”

14. His Spidey Senses Were Tingling

Can you imagine him as Spider-Man? That almost happened! In fact, it actually did happen… sort of. Tobey Maguire injured himself during filming for Seabiscuit and it looked unlikely that he’d return for Spider-Man 2. Gyllenhaal was cast in his place instead, even starting to prep for the role. During that time, however, Maguire managed to get his back all healed and returned for duty. Oh what could have been.

13. An Actor for Everyone

In 2005, Gyllenhaal starred alongside Ledger in Brokeback Mountain. The film garnered many awards, including four at the Golden Globes. Apparently, his acting in the film was so believable that many started questioning his real-life sexuality, something the actor had no issue addressing. “You know it’s flattering when there’s a rumor that says I’m bisexual,” he said once. “It means I can play more kinds of roles. I’m open to whatever people want to call me. I’ve never really been attracted to men sexually, but I don’t think I would be afraid of it if it happened.”

12. Forced From the Flames

Late in 2006, Gyllenhaal and sister Maggie were staying at Manka’s Inverness Lodge in California when they and roughly a dozen other guests had to escape a fire. A falling tree started the blaze, which happened in the middle of the night. Daniel DeLong, a celebrity chef who co-owns the lodge, had nothing but praise for the siblings, even admitting that Jake helped “pull things out of the fire.”

Gyllenhaal really went the extra mile for his role in Southpaw. While training for the film, he increased his daily run from five km to 13 km and gained 28 lbs of muscle! In addition, he jumped rope, did drills for his footwork, on top of shadowboxing and bag work. He used a 250 lb tire in place of real weights and got himself to the point where he could do 2,000 sit-ups in a day. I’m tired just thinking about all of that!

We may know him mostly as a big-screen actor, but he’s also tested his acting chops on a different stage. In 2002, he played Warren in a London production of Kenneth Lonergan’s play This Is Our Youth. Some other big names who have portrayed this character include Freddie Prinze Jr., Michael Cera and Casey Affleck. Gyllenhaal even won an award from the Evening Standard Theater Awards for his role.

9. Not the Typical Birthday Party

The actor is Jewish on his mother’s side, which means he had a Bar Mitzvah when he turned 13. He opted to have his party at a homeless shelter, a decision that his parents were completely on board with. He knew his childhood was better than most, which aided in his choice. “They thought it was important for me to experience a rite of passage, an entrance into manhood, and the consensus was that we would do something for the good of the community, some charitable work—a barmitzvah-like act, without the typical trappings,” he had. “So we went to a homeless shelter and we did some work there and then I had the party—the celebration—there.”

Gyllenhaal has two dogs named Atticus and Boo. If you’re familiar with the novel To Kill a Mockingbird, you’ll note that those are the names of two of the main characters. Gyllenhaal has said that the famous novel is his favorite of all time.

He’s been linked to a number of famous ladies. Kirsten Dunst, with whom he had a long-term relationship with, was introduced to him through his sister. He also dated Reese Witherspoon, with the relationship reportedly ending because he wanted to get married and she, well, didn’t.

6. I Bet You Think This Song Is About You

His other major relationship? That was with Taylor Swift, though he decided to end things after a while. For her part, she wrote a few hit songs on her album Red about their time together, including “We Are Never Ever Getting Back Together.” Yes, it’s in your head now. No, I’m not sorry. Though to throw a wrench in this idea is the fact that Gyllenhaal and Swift were allegedly seen together a few days after the song was released. I thought she said never (ever, ever, ever)?

Gyllenhaal has all kinds of ancestry running through his blood. Polish and Latvian on his mother’s side, Swedish, German, Swiss-German, English and even distant French and Welsh on his dad’s. On his dad’s side, he’s actually a member of the Swedish nobility. If you don’t believe us, just check the Swedish Almanac of Nobility—he’s on there! One of his ancestors, Nils Gunnarsson Haal, established said line back in the 17th century, which Gyllenhaal has said is still influential in Sweden today.

Like most actors, Gyllenhaal has been up for a number of big roles that ended up going to someone else, like Frodo Baggins in The Lord of the Rings, Batman/Bruce Wayne in Batman Begins and Jake Sully in Avatar. The role he says really got away? Christian in Moulin Rouge, which went to Ewan McGregor. “It was so close,” he said. “I sang and everything. I went through months of auditions. It was between me, Heath Ledger and Ewan. I think it came down to age and where people were in their careers. I was the youngest and the least known. I would hope it didn’t have anything to do with talent. Maybe it did.”

3.He Can Save Me Any Time

Gyllenhaal was a lifeguard before finding acting success. Thankfully, there were no major incidents while he was on duty, but there is at least one person who can thank the actor for helping him or her out of a sticky situation; while this person was swimming, they were stung by a jellyfish. Gyllenhaal jumped into action, peeing on the swimmer’s leg. Another day, another dollar!

He may have taken things a little too far while filming Nightcrawler. At one point he sliced open his hand while punching a mirror and ended up requiring a bunch of stitches to fix it. Ouch!

While preparing for his role in End of Watch, he and the other cast members were Tased. “We decided that we thought it would be a sort of semi-bonding experience,” he said. They had the choice to be Tased or pepper-sprayed and decided on the former after being told that pepper spray has longer-lasting effects, whereas Tasing lasts just moments.