From dot-com businesses that lost their bubble, movies that fizzled at the box office, athletes who blundered their way into spectacular losses, and products that laid an egg, here are some epic investment fails.

Described as the car that found fame but not success, the futuristic DeLorean has gone down in history as the best known failed car. The cool, stainless steel sports car boasting gull-wing doors might have done some time-travel in the Back to the Future movies, but consumers never went along for the ride. Instead, the company, founded by automobile executive John DeLorean in 1973, crashed into consumer indifference and cash flow problems. The company filed for bankruptcy in 1982 after rolling out only 9,000 cars.

The epic failure of Ford’s Edsel motor car is legendary; Bill Gates even rates this investment flop as his favorite case study. Ford invested $400 million to launch the vehicle in 1958. It was intended as a new kind of futuristic car, but Americans were unimpressed, preferring smaller, more economic vehicles. The car of the future never took off, and by the time it was pulled off the market in late 1959, Ford had lost an estimated $250 million (roughly $2 billion in today’s currency).

Halle Berry might have used up one of her nine lives after earning a Worst Actress Golden Raspberry award for her 2004 movie Catwoman, but she did bounce back. Catwoman‘s director Jean-Christophe “Pitof” Comar, however, has not worked in the film industry since. The film is considered one of the worst movies of all time: It also picked up Raspberry Awards for Worst Picture, Worst Director and Worst Screenplay. Made for $135 million, the movie took in only about $81 million at the box office.

Not only has disgraced NFL quarterback Michael Vick served time for dog fighting, in 2008 he filed for Chapter 11 bankruptcy and sold his mansion in the Atlanta area. Investments in several ventures—a car rental business, Canadian real estate, and a Georgia wine shop among them—left him $6 million in the hole. Vick has bounced back in recent years, signing with the Philadelphia Eagles in 2009 and resigning with Nike in 2011.

In 2004, moviegoers refrained from taking the journey with the Jackie Chan movie Around the World in 80 Days. Made with a budget of $140 million, the film earned less than half that amount at the box office.

When football running back Eric Dickerson met Luigi DiFonzo at a Hall of Fame dinner, he swallowed the (pretty unbelievable) story that the financier was an Italian Count. DiFonzo convinced Dickerson to invest money with DFJ Italia. It turns out—who knew?—that DiFonzo’s intentions were less than noble. He was a two-time felon who targeted NFL players, and Dickerson quickly became one of his victims.

On the basketball court, retired Chicago Bull and NBA champion Scottie Pippen soared, playing alongside his superstar teammate Michael Jordan. However, off court, his financial blunders, including his investment in a private jet and a dud $3.5 million South Side Chicago real estate deal, have left him grounded.

Even actress and talk show host Whoopi Goldberg couldn’t make this idea fly. Goldberg was enlisted as a spokesperson for flooz.com, an online currency founded in 1999. The idea was that the online currency would work like frequent flyer miles or gift cards. Despite big-name retailers like Starbucks and Barnes & Noble agreeing to accept the virtual money, flooz handed a loss of $50 million to investors before logging off in 2001.

Paramount Pictures took a gamble that disaster movies would still have the attention of the public when it spent $115 million to make The Core. The company miscalculated: by the 2003 release, moviegoers had moved on from doomsday films. The studio only made back $74 million of its investment.

Before there was flooz.com, there was Beenz.com. Launched in 1998, the company raised almost $100 million in venture capital in the bid to build a purely online currency. The company allowed consumers to earn “beenz” for web surfing, shopping on the Internet, and other online activities. Noted as one of the most spectacular dot.com failures, Beenz folded in 2001.

Cutthroat Island took in a mere $10 million at the box office next to its $98 million budget, and pirate movies were deemed box office poison until the arrival of one Captain Jack Sparrow. According to industry insiders, this action adventure starring Matthew Modine and Geena Davis never stood a chance of being profitable because it was just too expensive to make.

In the late 1990s, the British website Boo.com took a fashionable leap, pairing high fashion and dot-com investment. With lower than expected sales for its branded fashion apparel, a high rate of returns and a poor user interface, the company blew through its $188 million investment in just 18 months. By the time Fashionmall.com took it over in 1999, the company had lost $30.8 million ($42 million today).

In 1993 the New York Times Co. paid $1.1 billion for the Boston Globe (once among the most valuable newspapers in the world) and its chain of newspapers. With the evolution of the Internet and newspaper sales tanking, the investment became a burden. The Times has sold pieces of the newspaper chain but has still lost hundreds of millions from its investment.

In nine months, the stock for Pets.com plummeted. While the company’s mascot, a sock puppet, got plenty of attention, its below cost pet supplies and accessories took a bite out of the bottom line. Not even a 30 percent ownership by Amazon.com, investments of $50 million, and an extravagant ad campaign that included Super Bowl spots could keep this company afloat. Pets.com has since become the poster child for dot-com failure.

Webvan raised $800 million in capital and had a stock price of $26 per share in 1999. The brainchild of Louis Borders (of the bookstore), the company set out to deliver grocery orders within 30 minutes. However, start up costs and a lacklustre response from shoppers quickly set it on the road to doom. In 2000, for example, the company lost $525 million and the stock price dropped to pennies. Webvan declared bankruptcy the following year.

It was meant to be a masterpiece. Instead, Heaven’s Gate has gone down as one of the best known financial disasters in film history. Released in 1980, this Western was a spectacular flop at the box office, earning $3.5 million on a production budget of $44 million. The fallout pushed the studio, United Artists, to the brink of collapse and all but destroyed the career of director Michael Cimino. Adjusted for inflation, Heaven’s Gate‘s losses amounted to $121 million.

Disney is unquestionably a giant in family entertainment, but its attempt to compete with the big boys of the Internet died an expensive death. Between 1999 and 2001, Disney attempted to launch its own Internet portal site, Go.com, and in the process racked up losses of $2.75 billion ($3.6 billion today).

Amp’d Mobile’s risky customer base proved to be its ultimate downfall. While its competitors did due diligence to ensure that their customers had the ability to pay within 30 days, Amp’d courted lower income customers and let its billing slide to 90 days. The company went bankrupt in 2007 after two years, losing $360 million.

In the 1990s, Optiva came up with a method to laminate flatscreen televisions and raised $41 million to fund the project. By the time Optiva was ready to release the product, however, the technology had become obsolete and interest had fizzled. In 2005, the company sold its assets and tuned out.

A futuristic sci-fi comedy set in the year 2087, The Adventures of Pluto Nash was a starring role for comedian Eddie Murphy. Moviegoers were on a different planet from this 2002 film: Box office earnings amounted $7.1 million compared to the $120 million budget.

From 1998 to 2001, Kozmo.com provided free one-hour delivery service of Starbucks coffee, books, food, videos, and other small goods to consumers in major U.S. cities. While the service was a hit with students and young professionals, investors took a hit to the tune of $250 million when the company went under after three years. The company met its demise, perhaps unsurprisingly, because it refused to charge for deliveries.

Despite $185 million from investors like Coca-Cola and General Electric, CueCat, a cat-shaped barcode scanner, never connected with Internet users. Released in the late 1990s, it was designed to help consumers to find information about online ads. Millions of the pen-sized scanners were shipped for free to consumers across the U.S. who used them as high-tech paperweights.

In the haze of anti-smoking campaigns during the 1980s, RJ Reynolds launched the smokeless Premier cigarette in 1988. This bright idea was quickly snuffed out after four months—largely because people refused to buy it. To add insult to injury, the product became a favorite of drug users who found it handy for substances besides cigarettes, and RJ Reynolds saw $1 billion go up in smoke.

This really happened: Back in 1999, business partners Joel Lloyd Bellenson and Dexster Smith came up with the idea to for a device that would let you smell the Internet. The duo created the iSmell, a desktop product containing a database of scents that would react to impulses from web pages and emails to release scents appropriate to what was on the screen. Their company DigiScents raised $20 million from some of the biggest names in consumer goods. In 2001, they introduced the iSmell prototype at the Consumer Electronics Show in Las Vegas. Consumers sniffed at the idea, putting an end to the smelly proposition. 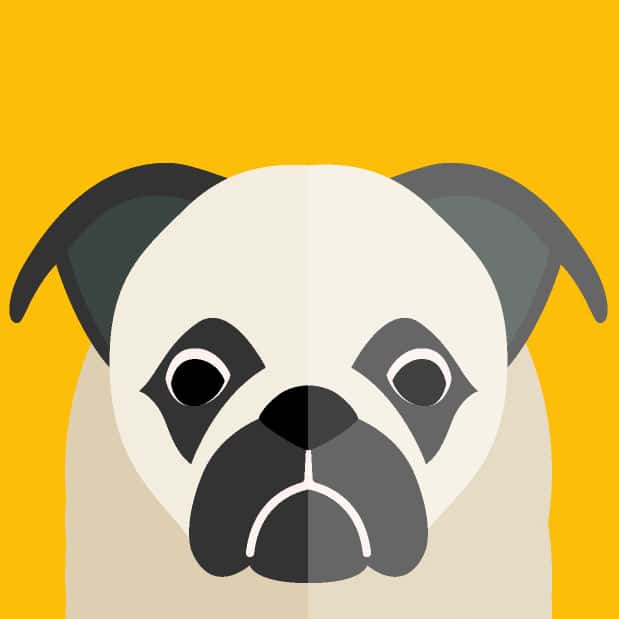