Kidnapping has unfortunately played a role in the history of our world, and it is still a problem in many places. Here are some interesting facts, some deadly serious and some absolutely ridiculous, on kidnapping.

Guillermo del Toro and James Cameron are old friends, and their ties run deep. Living in Mexico in the 90s was a rough time for del Toro, and in 1997 his father was kidnapped and held for ransom. They asked for $1 million cash, however, Toro had poured all of his money into his production of Mimic and was unable to retrieve his father. In comes Cameron, the good old friend, who took it upon himself to pay for the ransom, and even brought in a seasoned negotiator to safely retrieve del Toro’s father.

In some places in India, marriage is a serious business and dowry costs can be crazy. So crazy, in fact, that some brides’ families go so far as to kidnap bachelors and force them into marriage with their daughters in order to get around paying a large dowry.

A former major in the United States Army, Felix Batista is a seasoned veteran in negotiating hostage situations, and is considered an anti-kidnapping expert. In 2008, he was in Coahuila, Mexico to give a talk on kidnappings and advice on how not to get kidnapped…until he was kidnapped. He is still missing to this day.

In 2005, a 12-year-old Ethiopian girl was kidnapped by several men who wanted to force her into a marriage. They held her hostage for about a week and began beating her until three lions showed up on the scene where they were moving her and chased the men away. They then stood guard on the young until she was rescued by local authorities.

While groom kidnapping is practiced in some locations in India, bride kidnapping is unfortunately far more prevalent in the world, with many cases occurring across various continents. In Kyrgyzstan, it was quite common of an occurrence up until 1994, when the country had to pass a law to make it illegal. That hasn’t stopped people from still abducting young women, though.

Sometimes kidnappers get the wrong guy. That was the case for Cilician pirates, who twice abducted Julius Caesar. Upon his second capture, Caesar demanded the pirates double their price of ransom (he knew his worth) but also promised their heads after he was rescued. He wasn’t playing around. After he was released, he sailed into their territory with his own ships, defeated the pirates in battle, and crucified them.

The Getty Oil company brought J. Paul Getty an incredible amount of wealth, and he spent some time in the 1960s as the world’s richest person. But just because he was rich doesn’t mean he wasn’t stingy. In fact, he was notoriously frugal, even refusing to pay a ransom for his grandson when the boy was kidnapped at 16 years old. After the grandson’s ear was sent to Getty, he reluctantly agreed to pay, but only up to $2.2 million, the highest total he could get a tax deduction on. He then loaned the rest of the ransom money to his son and forced him to pay it back at a 4% interest rate.

In 1997, the capital of Ghana—Accra—was driven into a state of chaos after seven people were murdered for their alleged attempts to kidnap the penises of several men. The accused wizards had apparently been snatching penises, and sometimes shrinking them, in an attempt to extort people for money.

15. Too Many People Missing

In the United States, kidnapping is, unfortunately, more of an issue than you would believe, as every 40 seconds a child goes missing. Every year, over 800,000 go missing in the country, and 2,300 people—including adults—are reported missing per day.

Though the first three hours are crucial in finding an abducted child, it takes parents an average of two hours to actually finish reporting on their missing child. However, parents are most often the culprit in child abductions, with 53% of the time it being the father who took the kid, and 25% of the time the mother.

If missing, it takes seven years for it to be possible to be declared dead, although in the case of disasters, the number can be reduced, as in the case for tragedies such as September 11, 2001, or for major battles in times of war.

The practice of printing missing person advertisements on milk cartons developed in 1984, when local paperboys from Des Moines, Iowa went missing while on their delivery routes. Unfortunately, those two boys were never found.

Printing local missing persons on milk cartons remained the main system of spreading the word on the disappearance of children until 1996 when the AMBER alert technology system was developed. The full meaning of the acronym is America’s Missing: Broadcast Emergency Response.

9. In Memory of Amber

The name for AMBER Alert actually developed in response to the kidnapping and murder of 9-year-old Amber Hagerman in 1996. After her death, her parents went on a crusade to attempt to bring new legislature to the state of Texas in order to better protect children.

Of all of the abductions that occur in the United States, 65% of all the non-family kidnappings occur to minority children, with 45% of that makeup being African American children.

Andrew Luster was a serial rapist who was wanted throughout the United States for many vicious sexual assaults. The heir to the Max Factor cosmetics fortune, he used his means to evade justice and flee to Mexico. The only problem with this plan was that Duane “Dog the Bounty Hunter” Chapman was after him. Dog found Luster living it up in Mexico, kidnapped him, and tried to bring him back to the United States to face his crimes. However, before getting back to the US, they were both arrested by Mexican authorities. 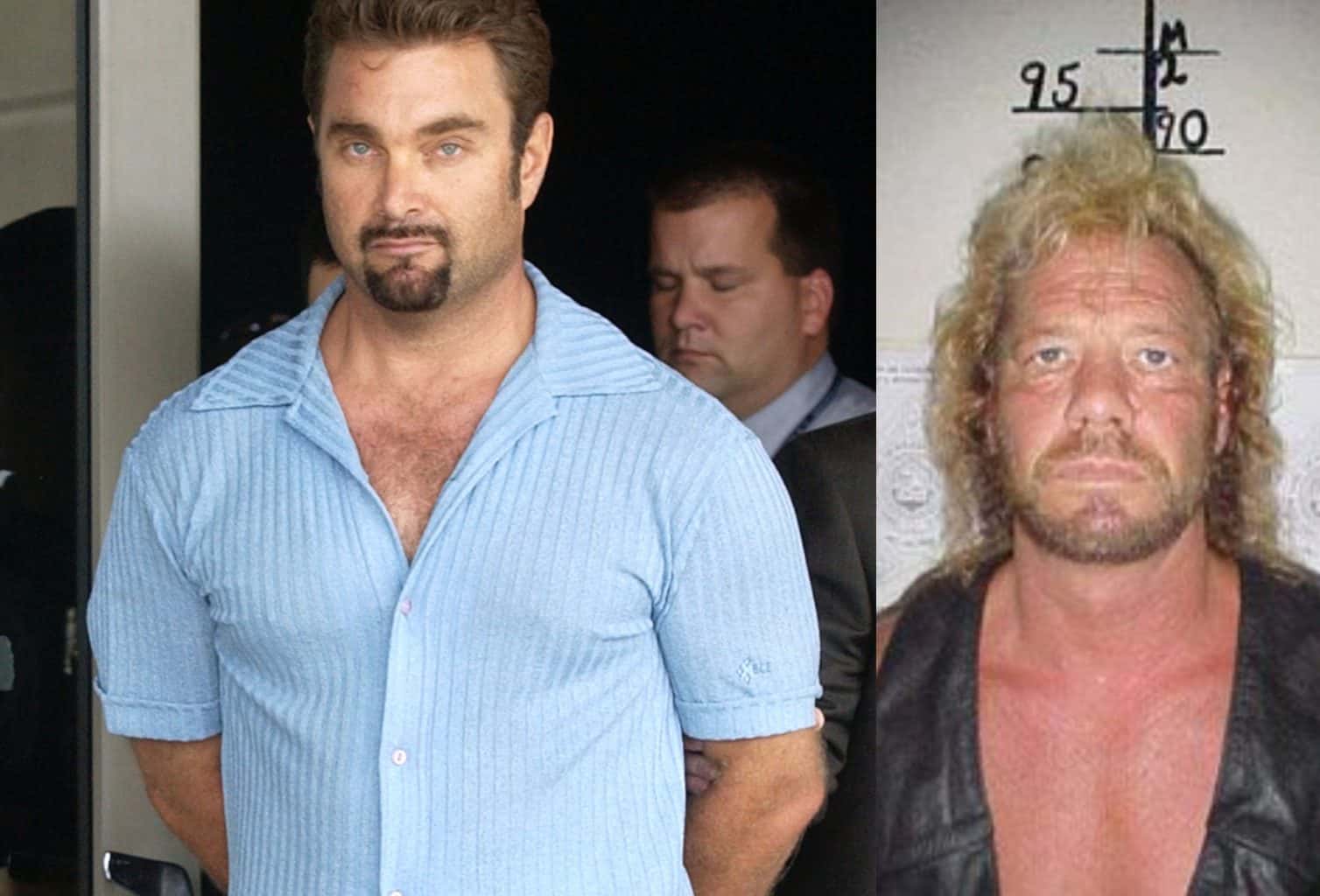 The Canadian journalist Mellissa Fung was kidnapped in 2008 while reporting in Afghanistan, however, her abduction wasn’t at the hands of the Taliban, but rather a group of bandits. In order to have her returned, Afghan authorities found out who her captor was and kidnapped his family in order to force a prisoner exchange.

If you are attempting to send a message to hostages, then you must accept that their captors will see it as well, as sending messages directly to the hostages is considered impossible. That is unless you figure out a way to infiltrate Morse code into the hostage’s surroundings, which is exactly what the Columbian military succeeded in doing in 2010 by commissioning a pop song for the purpose of carrying a message to prisoners, who were allowed to listen to the radio while in captivity.

Los Zetas are one of the most dangerous and notorious drug syndicates in Mexico, and they’ve developed a unique technique in order to find and train new assassins: Gladiator blood sport. The cartel will kidnap people and force them to fight each other to the death. Those who win are sent on suicide missions to kill rival gang members, and those who survive these deadly missions are then used as assassins from there on out.

Sometimes your family prevents you from having too much fun. One solution is to stage your own kidnapping like 34-year-old Rogelio Andaverde did. He had two of his friends barge into his house wearing masks and kidnap him at gunpoint in front of his wife, and then spent the next couple of days out with them partying.

In 2009, a man held two hostages at knifepoint and forced them to help him hide from the police after he crashed his car onto their lawn during a chase. The couple kept their calm and seduced the young man with Cheetos, soda, and Robin Williams movies. Once he was comfortably asleep, they made their escape from the house. After his arrest, in which he was shot by police “accidentally,” he sued the couple for a breach of an “oral contract” that they verbally agreed to.

Fats Waller is one of the most legendary jazz pianists in American history, and he was loved by many—including Al Capone. For Capone’s birthday party in 1926, Waller was kidnapped and forced to play at gunpoint. Initially fearing for his life, he was relieved to find out that Capone loved him and relaxed into the party, which he didn’t leave for three days. When he finally left, he did so with thousands of dollars in tips, and surely a hangover from hell. 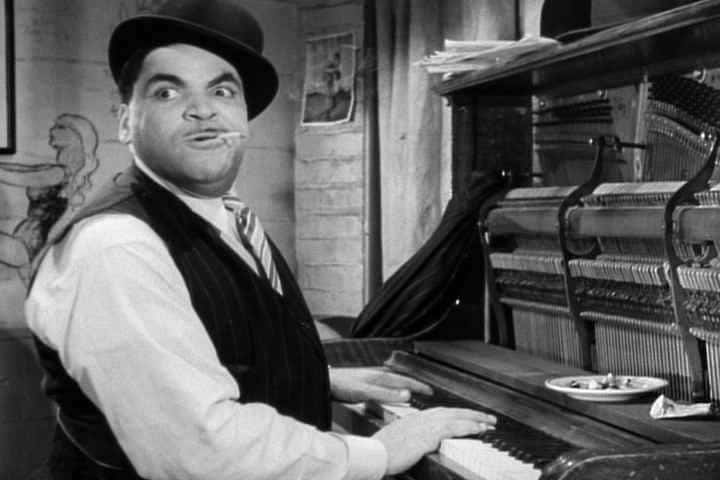