“Let me just say this—like every other Marvel movie… it doesn’t end well for the superheroes. Wait ‘til you see this next one, everybody dies… …can we rewind that part?” —Mark Ruffalo, promoting Avengers: Infinity War before its release.

Movie theaters around the world were packed for viewings of Avengers: Infinity War, a crossover even the likes of which the movie industry had never seen before. Not to mention—SPOILER ALERT—a subsequent record number of superhero deaths. In fact, let’s just get this out of the way now: everything in this list is basically a spoiler. So, while we wait for the sequel to resolve one of the biggest cliffhangers to ever hit the movie screens, here are some facts that anyone without infinity stones could’ve missed. Oh, and did we mention? SPOILERS. AHEAD.

Avengers: Infinity War has earned $1.9 billion at box offices worldwide, making it the fourth highest-grossing film of all time. It is also the fastest film to reach $1 billion at the worldwide box office ever. That’s a whole lot of very sad people shuffling out of very crowded theaters after the credits rolled.

Scenes that took place in Wakanda, the fictional African country that served as the setting of Black Panther, were filmed in Atlanta. Additional filming locations include Queens, New York, as well as several locations in Scotland. But most of Infinity War was filmed in Georgia, just like The Walking Dead. Time for a crossover? 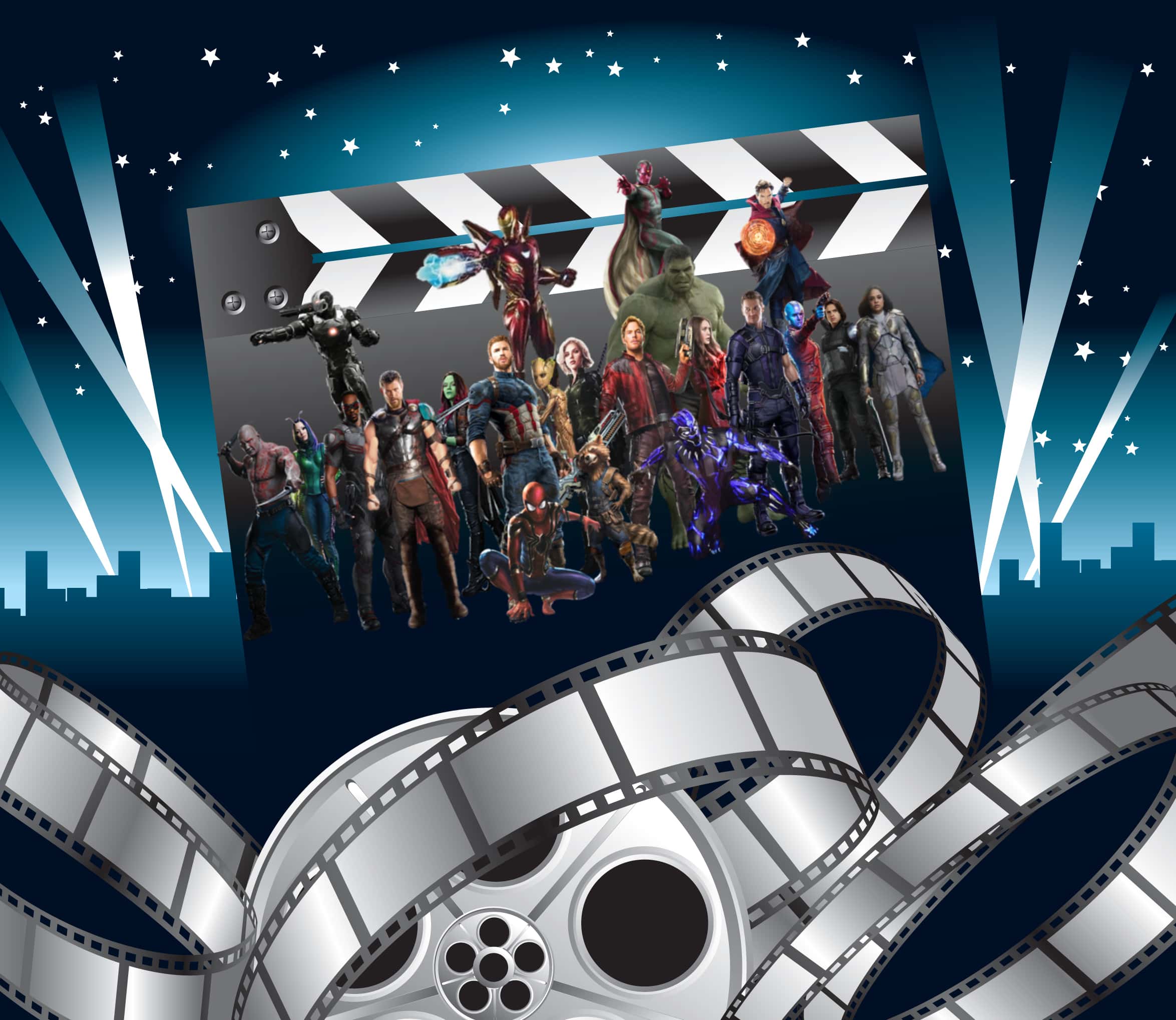 While a large portion of the cast is deleted from existence by a snap of Thanos’s finger at the end of Infinity War, at least a good number of them will be brought back in the next film; as there are already new Spider-Man and Guardians of the Galaxy movies planned for release after the Infinity War sequel, the main characters will have to return from nonexistence to feature in their respective movies. Just how they’ll explain it remains a mystery.

Infinity War includes characters and settings from many existing Marvel intellectual properties. However, its script draws heavily from two comics; Jim Starlin’s The Infinity Gauntlet, and Jonathan Hickman’s Infinity, which both feature Thanos leading an offensive against earth.

Dan T. Cathy, co-owner of Pinewood Atlanta Studios, claimed that Avengers: Infinity War and its sequel were “the largest film production ever with a [combined] $1 billion budget.” While this claim ended up being inaccurate, Infinity War’s budget still ended up somewhere between $316 and $400 million US, making it one of the most expensive films ever made. For reference, Titanic cost $200 million, while Pirates of the Carribean: On Stranger Tides, the most expensive film ever made, cost $378 million. Sometimes you gotta spend a lot to make a lot!

While most of the characters in the MCU have confirmed fates at the end of Infinity War, Avengers member Hawkeye is nowhere to be seen throughout the entire movie. Not being visibly disintegrated by Thanos’s finger snap is a good sign, however, as this probably means that he’s still in retirement, and may potentially return in the sequel.

After Doctor Strange peers into over 14 million—14,000,605, to be exact—possible future timelines using the time stone, he claims to have seen one timeline that wins over Thanos. The rest of his actions can be seen as setting up this one timeline, including losing the fight to Thanos, giving up the time stone, and being erased from existence.

While Infinity War had a cataclysmic ending, it is far from the last film in the Marvel Cinematic Universe. In addition to the untitled sequel that’s set to come out in May of 2019, there are future titles for Ant-Man, Captain Marvel, Spider-Man, and Guardians of the Galaxy confirmed, as well as many other projects hinted at in interviews. The amount of films planned is simply staggering!

Thor’s new appearance in Infinity War resembles Ultimate Thor, a separate Marvel Comics character that is a reincarnation of the first God of Thunder. Thor’s new axe-hammer, the Stormbreaker, is named after a hammer in the comics that was made by Odin for an alien warrior to wield, after Thor contested with said warrior for the right to use his original hammer.

15. The Clash of Sherlocks

Infinity War makes a whole bunch of fun pop culture references. Iron Man refers to one of Thanos’s underlings, Ebony Maw, as Squidward, a character from Spongebob Squarepants. Thanos himself is referred to as Grimace, a swarthy purple McDonald’s mascot. I definitely see the resemblance.

In Infinity War, Thor refers to the Avengers as “Earth’s Mightiest Heroes.” This is a subtitle to the Avengers that originates from their initial comics appearance in 1963, which consisted of Thor, Ant-Man, the Wasp, Iron Man, the Hulk, and the Wasp—all characters who are, either on purpose of (less likely) by coincidence, left alive at the end of Infinity War.

Avengers: Infinity War’s release happens to occur a decade after the release of the first movie in the Marvel Cinematic Universe—Iron Man, from 2008. In this stretch of time, Marvel has released 18 movies as well as 11 television series. For reference, if the MCU was a human being, it would be a child old enough to attend fifth grade.

While the internet, and Twitter in particular, has frequently questioned and poked fun at the claim that Avengers: Infinity War is the most ambitious crossover event in history, it is a culmination of the 18 previous films in the Marvel Cinematic Universe, uniting seven—eight if you count Ant-Man—separate movie franchises in one cataclysmic conflict. For a non-Marvel comparison, imagine if the characters from every James Bond, Harry Potter, Star Wars, Star Trek, Fast and the Furious, Transformers, Pirates of the Caribbean, and Mission: Impossible films crossed over into one mega-film. Now tell me it’s not the most ambitious crossover event in history.

Speaking of crossovers, while the X-Men are part of the Marvel Comics Universe, there has been no mention of them in the Avengers films. This is because Marvel filed for bankruptcy in 1996, and sold off their rights to the X-Men to Fox; Spider-Man went to Sony, and Disney bought Marvel. As a result, the X-Men series of movies belong to a different universe than that of the Avengers, with different iterations of the character Quicksilver appearing in X-Men: Days of Future Past and Avengers: Age of Ultron. Even then, Quicksilver was killed off in Age of Ultron to avoid any further conflicts. Spider-Man, on the other hand, was allowed to appear in Infinity War due to Sony’s special permission.

Robert Downey Jr.’s appearances in Marvel Cinematic Universe movies after 2012’s The Avengers were negotiated separately from his fellow actors’ contracts. This means that his appearances in Captain America: Civil War and Spider-Man: Homecoming, as well as Infinity War were all negotiated separately—this may have something to do with his central role in Infinity War.

While the sequel to Avengers: Infinity War won’t be released until May 2019, it was shot immediately after Infinity War. That means the footage for the sequel should have all been shot by now, so the continuity between the two films should be incredibly tight.

Scarlett Johansson reprised her role as Agent Natalia Alianovna Romanoff, also known as Black Widow, in Infinity War. Having appeared with a different hairstyle in each of her appearances, Romanoff has dyed her hair blonde for Infinity War, as an homage to Yelena Belova, the second character who uses the moniker of Black Widow in Marvel Comics.

A less-keen eye could’ve missed it, but the villain from Captain America: The First Avenger makes an appearance in Infinity War as the ghostly keeper of the Soul Stone. While he appeared to be destroyed by the Tesseract, the space stone contained within it actually teleported Red Skull to the planet Vormir, where he became the Soul Stone’s keeper for over seven long decades until Thanos’s appearance.

For those that sat down and watched Infinity War all the way through, sitting through the credits felt like gazing at infinity itself, as name after name rolled up the screen. In fact, there are over 10,000 names in Infinity War’s full credits. That’s as if the population of Sedona, Arizona, all got together and made a blockbuster!

While Infinity War and the previous MCU movies have shown Thanos to be a galactic tyrant with the objective of devastating all life, he is also, frankly, just a very mean person. The narrator of comic book Thanos Annual #1 states that “no cruelty is too small for the terrible king,” and he’s pretty correct. In this comic, Thanos torments David, a human child, every year on David’s birthday. His abuses include stealing away David’s blanket on his first birthday, and go all the way to burning down the grad school David is accepted into on his 25th birthday. What did David ever do to you, Thanos?

Mark Ruffalo, who plays Bruce Banner/The Hulk, accidentally spoiled the ending of Infinity War while being interviewed with Don Cheadle at Disney D23 Expo. As Ruffalo is slowly pressed by the interviewer to give out more information about the movie, Cheadle gets visibly worried, and Ruffalo asks “Am I in trouble?” Looking back, it is quite possible that Ruffalo was in a lot of trouble. But hey, when there’s 10,000 people on the cast and crew, someone is going to spoil it. Good thing the ending was so shocking that nobody took him seriously!

In The Infinity Gauntlet, one of the comic books that Infinity War takes inspiration from, Thanos similarly ends many lives using the infinity stones and his gauntlet. In this comic, his daughter Nebula eventually acquires the gauntlet and uses it to reverse the deaths of everyone that Thanos kills.

Infinity War snuck some familiar faces onto the screen, including comic book legend Stan Lee as Peter Parker’s bus driver, Samuel L. Jackson as Nick Fury in the post-credits theme, and most strangely, Tobias Fünke from cult-favorite sitcom Arrested Development, appearing as a specimen in the Collector’s specimen collection and played by an unnamed extra—David Cross could not appear due to scheduling conflicts. 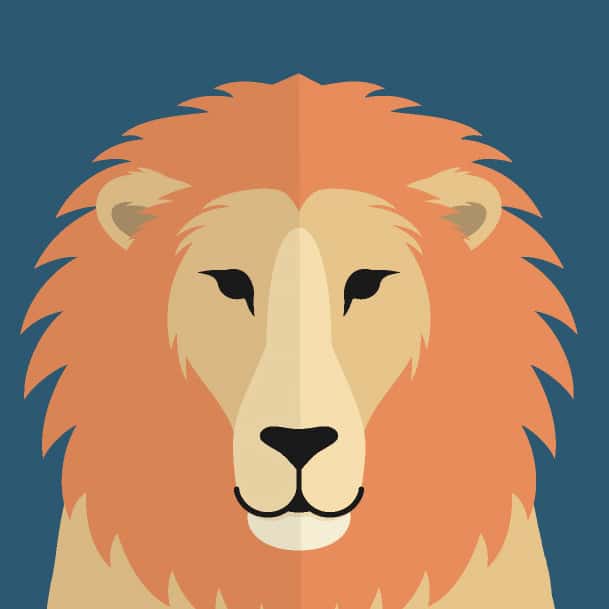