24 Action-Packed Facts About The Divergent Films

24 Action-Packed Facts About The Divergent Films

“We believe in ordinary acts of bravery, in the courage that drives one person to stand up for another.”
― Veronica Roth, Divergent

“Becoming fearless isn’t the point. That’s impossible. It’s learning how to control your fear, and how to be free from it.”
― Veronica Roth, Divergent

After the craze of the Twilight and Harry Potter film and book franchises, teen audiences needed something new. This is exactly where Veronica Roth’s Divergent series comes in. This creepy-cool dystopian science fiction franchise was a Young Adult novel sensation, and so it’s only right that, like Twilight and Harry Potter but also its genre-sibling The Hunger Games, it also got the Hollywood treatment. In Divergent, Beatrice Prior, better known as Tris, is our tomboy hero who has to save the world from certain doom. In Tris’ society, everyone is separated into different groups called “factions” based on an aptitude test. At the beginning of the series, Tris finds out she is Divergent, meaning she has all the different factions’ attributes, something the government considers as a threat. So begins her adventure.  This visually stunning film series brought this amazing story to life; here are 24 facts about the Divergent films.

The Tris we see on screen almost didn’t happen. When Shailene Woodley was approached to play the lead, she actually refused it at first. Woodley ended up consulting with another star of a big dystopian series: Jennifer Lawrence. Lawrence was the one who convinced Woodley to take on the role, and it’s hard to imagine any other actor playing the part.

Remember the part in the first movie where Tris does a death-defying zip line ride? Yeah, that almost didn’t even happen. In the original script there was no zip-lining scene because at that point in the movie Tris has already proven what a tough Dauntless initiate she is. The director felt it wasn’t necessary to further prove the point. Luckily, however, because it was such a visually stunning scene and important in the book, it was added back in. Talk about taking your breath away.

22. Really Getting Into It

It’s surprising to find out that most of the cast didn’t use stunt doubles when filming those intense fight training scenes—it’s all them. During the instance when Woodley is decking it out with her off-screen close friend Miles Teller, Woodley accidentally punched him in the throat. His reaction sound was kept, and this is what audiences can hear in theaters, no special effects added. Makes it feel more authentic and even more chilling to watch.

It’s amazing to see the way Chicago looks like a destroyed wasteland in the film. But while most would think some serious editing was done to make those buildings look as run-down as possible, that’s not true. All the buildings seen on film are real and are warehouses; most of the fight scenes were actually filmed in them.

Each of the five factions has its own unique look, from the boring, bland colors of Abnegation to the sleek and modern feel of Erudite’s garments. Fans fell in love with the different looks, and for good reason. Nonetheless, the costume department only had six weeks to get it all together for the production.

Usually, you would think that when actors take on action films they get a decent amount of time to master their on-screen skills. However, this was not the case for Divergent. The cast had only in five weeks to become combat experts; this usually takes up to three months. To pump up quick for their roles, the main cast received 90 minutes of cardio exercises and 15 minutes of knife training daily. Despite not having a lot of time, they sure pulled it off well.

Kate Winslet looked polished and perfect on screen while playing Erudite Faction Leader Jeanine Matthews. But there was a bit of a catch to filming: she was five months pregnant during the first film. Her growing baby bump resulted in her scenes being shot often from the waist up, and she held lots of props to cover up her stomach.

17. Keeping It Under Wraps

You would think international secrets were at stake with how quiet the cast and crew had to be when working on the films! Whenever they were out filming in public, the cast would use the alias name of “Catbird” for the movie to keep fans from finding out the truth and not take away the hype.

16. A Different Girl on Fire

Before Jennifer Lawrence landed the lead of Katniss Everdeen in The Hunger Games, many other actors were also considered, including Divergent‘s would-be Tris, Shailene Woodley. Losing out might have been hard for her to take, but she landed Tris only months later.

Theo James almost didn’t land the role of Four. First, the role was offered to Jeremy Irvine, who declined, but James still had to compete with the likes of Lucas Till, Jack Reynor, Alex Pettyfer, Brenton Thwaites, Alexander Ludwig, and Luke Bracey. Finally, they saw the light and gave the part to James. It’s again hard to see anyone else playing such an intense character as Four.

It may have come as a bit of a shock to see Tris’ dramatic physical change from Divergent to the follow up Insurgent—Woodley sports close-cropped hair in the sequel—but there’s a good reason for this. Around the same time, Woodley was filming another popular book-turned-film, The Fault in Our Stars, where she plays a cancer patient who has gone through chemo, resulting in hair loss. Woodley refused to wear a wig after she cut her hair for The Fault in Our Stars, so that’s why we get a Tris with cropped hair. But it also makes her look more tough and shows her growth as a character.

Tris’ brother Caleb always seemed awkward, but some of that is intentional. Ansel Elgort, who plays Caleb, has said that he even gave Caleb a strange run to emphasize the fact that he’s not a superhero like his sister.

Fans grew to quickly hate Peter so much that it must have come as quite a treat to see him beat up so much in Insurgent. It probably comes as no surprise that most of his scenes in that film consist of Tris hitting him. Can’t say he didn’t deserve it.

In the scenes from the first film where Tris is discovering her Divergent powers, you hear her “inner voice.” Many viewers thought this was just Woodley’s voice remixed to sound all cool and mystical, but it’s not even Woodley’s own vocals. Pop star Ellie Goulding actually did the voice recording for those scenes.

In the first film, we see all the Dauntless hopefuls’ names displayed on a ranking board. If you pay close attention, you will see Tris’ name is spelled “Triss” instead. Was someone using an iPhone?

9. Not Needed But Wanted

Fans and the team behind Divergent and Insurgent loved Winslet in the films so much, they wanted to bring her back for the third film, Allegiant. Sadly, when it came to the plot and script, they just couldn’t seem to fit her character in.

8. From Brother to Love

Worry not, there’s no Game of Thrones-style incest going on here. However, ironically enough, Elgort and Woodley also starred together in The Fault in Our Stars, and instead of siblings, they play a young couple in that film. Must have been interesting (and a bit awkward) going from one type of relationship to another.

We already know most of the main cast did their own stunts, but that of course comes with its own risks. According to Woodley, she has a fair amount of scars from doing her own fight scenes. Nonetheless, she considers the marks on her chest and hip as badges of honor.

6. First Time for Everything

Winslet has starred in a long list of critically-acclaimed movies, but Insurgent was her first sequel. This was the first time in over 20 years that she agreed to participate in a second film in a franchise (and c’mon, you know she was asked about Titanic 2).

Insurgent was released in the oh-so-popular 3D format as an experiment to see how audiences would react. I guess it didn’t go over so well, because the idea to release Allegiant in 3D was scrapped.

Film studio Lionsgate originally only gave Divergent a budget of 40 million to start with. Thanks to the huge success of its sister franchise The Hunger Games, that number was doubled to a whopping 80 million. Not that 40 million was anything to stick your nose up at, mind you. 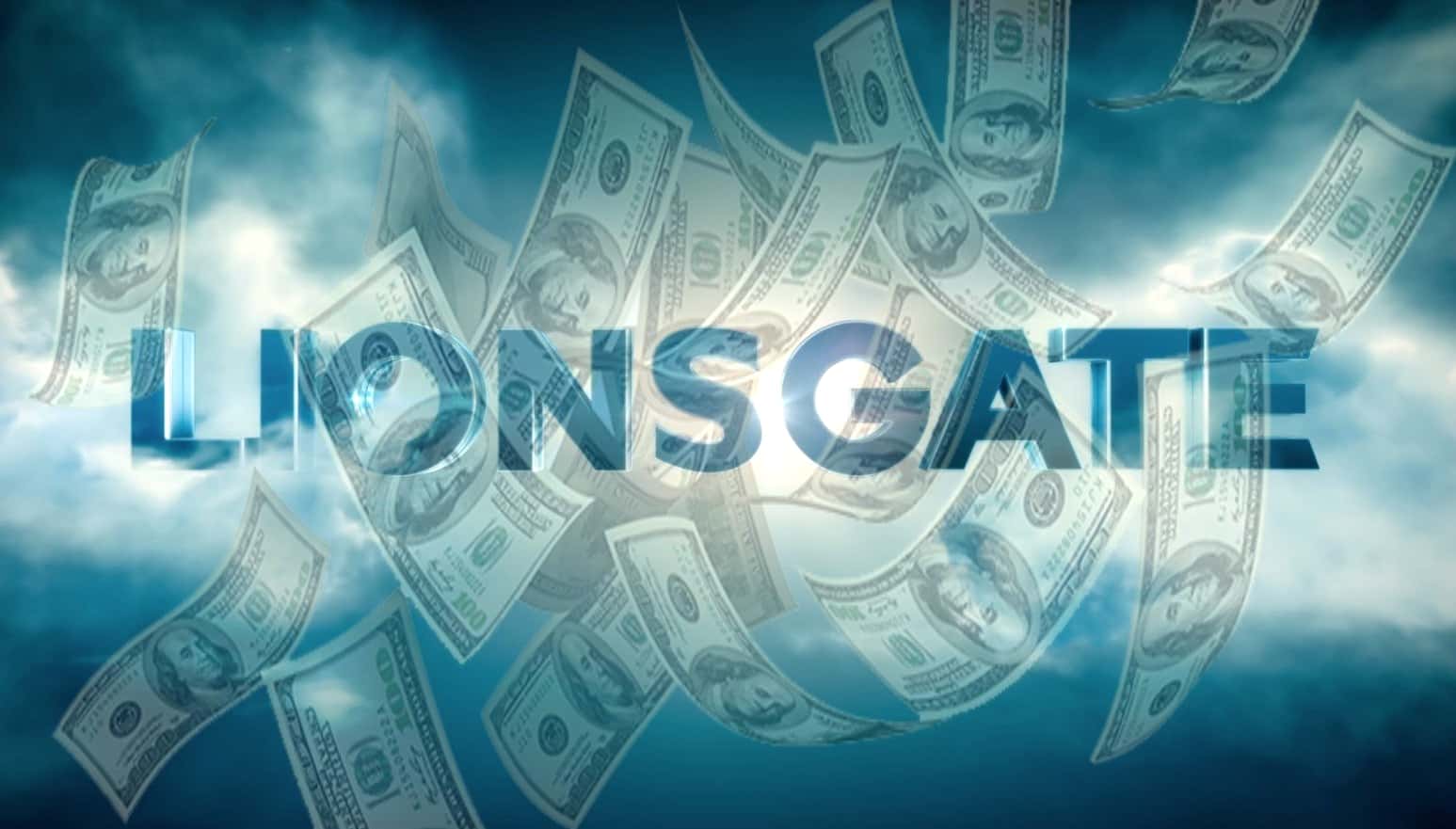 3. Waiting for an Ending

Hardcore fans have been left hanging since the last film, Allegiant, hit theaters. Unfortunately, thanks to Power Rangers, which was released March 2017, Ascendant was pushed back to a June 2017 release, which then never happened. It was then announced that instead of a movie we will get a TV series, which is still in the works and is slated to air on Starz. Something to look forward to!

Just like how it’s hard to imagine Woodley not playing Tris, imagine if Miles Teller hadn’t been cast as Peter. When Teller was first auditioning, he actually tried out for three different roles. He read for Four but didn’t get it, so he asked to be cast as Eric. Then he realized he couldn’t pull it off, so he turned it down. Finally, the production asked him to play Peter, and Woodley actually texted Teller asking him to accept. As good friends, she convinced him by saying that he would be able to punch her in the face onscreen.

Romance scenes are never easy to film and almost as awkward to act out. Theo James, who plays smoldering love interest Four, wanted to stay as accurate to the romantic relationship in the books as possible. He told reporters that the infamous kiss scene between Four and Woodley’s character was the hardest to film because he wanted it to be perfect. There was also a love scene between Tris and Four that was cut in order to keep the film’s PG-13 rating.