“I don’t read any press. The people who are close to me anchor me in knowing who I am. The rest is noise.”

Meghan Markle is basically living every girl’s dream right now: she just got engaged to Prince Harry, with their wedding set for spring 2018. But what do we know about her? Some things may surprise you, so keep reading to find out more about this incredible woman!

Meghan is actually her middle name. Her first name is Rachel, which, if you watched her on Suits, is her character’s name! That’s a pretty neat coincidence if you ask us.

Before she joined Suits, Meghan was a briefcase model for just one season in 2006 on the popular show Deal or No Deal. She found her time there to be uncomfortable, as she wore five-inch heels and hoped for someone to call her number so she could sit down.

Her mom gave her the nickname “Flower” as a child, and she posts tons of photos on her Instagram of peonies, her favourite flower.

23. Love of the Written Word

If you ever need someone with gorgeous writing, be sure to call her up! When she was struggling to make ends meet before becoming famous, she relied on her calligraphy skills for weddings and events to pay her bills. “I think handwritten notes are a lost art form,” she has said. She even did the invites for Robin Thicke and Paula Patton’s wedding.

Further to her finding handwritten notes to be a lost art form (let’s face it, they kind of are!), Markle says she finds it romantic and beautiful if a man handwrites a letter to a woman. Wonder if this is how Prince Harry snagged her!

21. It Don’t Matter if You’re Black or White

Markle has embraced being biracial, stating that she is confident in who she is. She’s incredibly close with her mom, Doria Radlan, too, and ignores the cruel comments that her mom isn’t her biological mother since their skin colors are so different. And don’t even think about airbrushing her photos: it drives her nuts when her freckles are taken away or her skin tone is lightened.

Markle was shown the entertainment world at an early age; her dad, Thomas W. Markle, was an Emmy Award-winning lighting director for Married…With Children, and he would often take her to set.

Markle’s mother Doria has had a great influence on her life. As a yoga instructor, her mom brought her to “mommy and me classes” when she was little. She also made sure her daughter was a “global citizen,” and they travelled to many remote places that opened Markle’s eyes to poverty and the harsh realities and challenges many around the world faced.

Markle was an ambassador with World Vision Artist Collective, helping children in Rwanda to get an education. She’s also been a counsellor for One Young World, and has worked as an advocate for the United Nations Entity for Gender Equality and the Empowerment of Women. “I’ve never wanted to be a lady who lunches,” she’s said. “I’ve always wanted to be a woman who works.” You keep doing what you love, Meghan!

Markle completed her Communications degree from Northwestern University. After graduating, she travelled to Buenos Aires, where she worked for the U.S. Embassy. She hasn’t ruled out more schooling, either, saying that she’s considered going for her Masters.

16. And They Called it Puppy Love

When Markle was at an animal shelter checking out dogs, Ellen Degeneres just happened to be there at the same time! Degeneres told Markle she should adopt the Lab/Shepherd mix she was looking at, so she did. Markle has had Bogart ever since, and she also has another dog named Guy. Super cute!

Canadian women’s retailer Reitman’s brought Markle on board in 2016. Her collection mixed couture style and her casual vibe. She even starred in commercials for the brand.

In the 2005 movie A Lot Like Love, she was taught to drive stick just one hour before filming a scene that required her to do so!

Markle was a major fixture on the TV show Suits, which films in Toronto, Canada. She lived in the city from 2011 until just this year, and would frequently show off her incredible decorating on her Instagram account with photos of her Toronto home. In the photos, she also showed fans just how large her shoe collection is and her love of books (they’re even color-coordinated!).

This will be Markle’s second marriage. She married producer Trevor Engelson in 2011; they divorced just two years later. Generally speaking, the Royals don’t marry divorcees, but Prince Harry’s own father, Prince Charles, remarried Camilla Parker Bowles after he divorced Princess Diana (Bowles was also previously married). The Church of England agreed in 2002 that those who are divorced could be allowed to marry again in church.

11. From Royal Court to the Tennis Court

Recently married Serena Williams will very likely be on the guest list for Markle and Prince Harry’s wedding. The two are great friends, and Markle even refers to the tennis star as her confidante. The women met at a charity football match, and Markle even shows up to Williams’ tennis matches when she can.

She’s just like you and me! Markle says she uses Nivea Q10 Firming Body Lotion all the time. She loves how affordable it is, and how it makes her skin look and feel. Please excuse us while we go buy a bottle (or three).

Markle had a lifestyle blog for about three years, with the site closing down earlier this year. On The Tig, she posted recipes, DIY tips, and more. It’s too bad it’s no longer around; she likely would have had great posts once she officially became a Royal.

Markle loves cooking! Her go-to dish is a roasted chicken, and she brings it to dinner parties wherever she goes. She calls it a “game changer,” saying that it makes her a lot of friends.

7. Fighting for Equality, Even at an Early Age

She may love to cook, but she doesn’t agree that a woman’s place is in the kitchen. When she was 11, she penned a letter to then-First Lady Hillary Clinton to complain about an ad for soap that claimed women should be in the kitchen; the company later changed the ad.

That famous roast chicken played a role on the night Prince Harry proposed. He said it was just a typical night for the pair, and while making a dinner of roast chicken, he got down on one knee and popped the question. He barely got the words out before she said yes! She was so caught up in the moment that he asked if he could give her the ring, since he didn’t get that far before she agreed to be his wife.

Markle’s actually older than Prince Harry by three years. Though he may be younger, he still protects her—when rumors of their coupling began, he stepped up to protect her from all of the bullying, abuse, and harassment she was suffering at the hands of social media trolls.

Meghan Markle admitted that while filming her first sex scene in Suits, she actually found it a little “weird,” and that shooting the racy romps that fans love was often a little odd. When asked about what scenes were specifically tough to shoot, she said, “Sex in the file room was weird. Yeah, that was a little strange.”

Her co-star, 35-year-old Patrick J. Adams said, “Meghan and I are like brother and sister at this point, so a scene like that is basically just hilarious for us to shoot, but also really fun, because for these characters this is a big moment.”

Markle and Prince Harry haven’t been together that long: about a year and a half. Rumors of their relationship began in October 2016, but the palace didn’t confirm it until closer to the end of that year. All of these rumors ended up making her the most Googled actress of 2016.

Markle met her husband-to-be through a mutual friend, who set them up on a blind date. This date set forth a whirlwind romance, with each falling quickly in love with the other. Markle “just tripped and fell into my life,” the Prince says. *Swoon*

Markle’s engagement ring truly is something special. Prince Harry created the ring himself with help from British jeweler Cleave and Company. One large diamond he got from Botswana flanks two smaller stones from his mother Princess Diana’s personal collection. The Prince loves Africa, and took his future bride to Botswana earlier this year. Maybe he picked up the stone then?

Markle will be the first American to marry into the British Royal family since 1937. The Duke of Windsor, the former King Edward VIII, married American socialite Wallis Simpson. He would abdicate the throne when a decree said he could not marry Simpson (also a divorcee) while being King. Luckily for Markle, the Royals aren’t quite as staunch anymore (and Harry isn’t the heir to the throne). 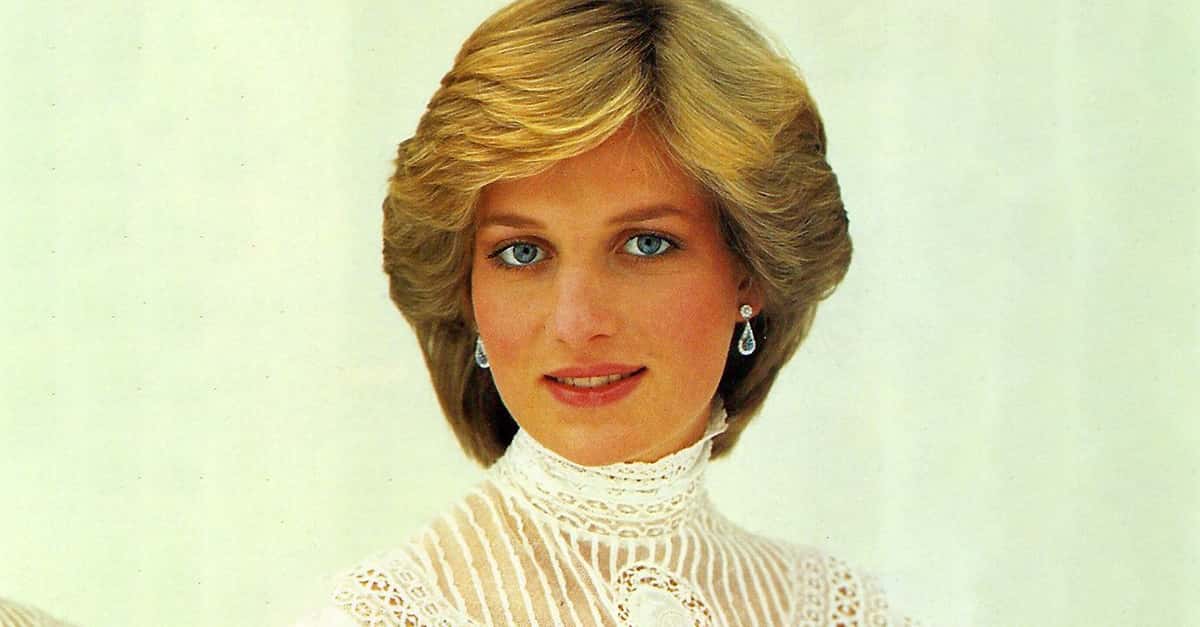