24 Serendipitous Facts About The Luckiest People

24 Serendipitous Facts About The Luckiest People

Do you feel lucky punk? Well, do ya? Then you might not need this list of some of the luckiest things to happen to people the world round. But if you could use a little luck, read on!

A Belgian man named Adolphe Sax faced several near-death experiences during his childhood, including falling (both from a height of three stories and into a river), being burned in a gunpowder explosion and by a hot frying pan, and surviving poisoning, suffocation, and the swallowing of a pin. His mother once said that “he’s a child condemned to misfortune; he won’t live.” He did, however—long enough to invent the saxophone.

Both Mary Grams and Lena Påhlsson lost their wedding rings—Grams in Canada in 2004, Paahlsson in Sweden in 1995. Years and continents apart, they both found them in the same place—in their gardens, on carrots that had grown straight through the rings.

The odds of winning the lottery four times are one in eighteen septillion. But for Joan Ginther, who holds a PhD in statistics and has one the lottery four times, it’s likely only part luck. Some claim that Ginther may have swayed the system in her favor by figuring out an algorithm that determines where the winner is placed in each run of scratch-off tickets.

President Teddy Roosevelt was shot in the chest in 1912, and he only managed to live because he happened to be carrying a 50 page speech that he was was about to give folded up in his coat pocket. The speech, along with his eyeglasses case, slowed the bullet down just enough so that it didn’t enter his heart, which would have killed him. Afterwards, even though he’d just been shot, Roosevelt insisted on delivering the 90-minute speech before being taken to the hospital, telling his audience, “It takes more than that to kill a bull moose.”

A Croatian man named Frane Selak has allegedly escaped death seven times—among them a train crash, multiple car crashes, falling out of a plane and into a haystack, and being hit by a bus. As if that wasn’t enough, in 2003 he won about a million US dollars in the lottery.

In 1945, Tsutomu Yamaguchi was preparing to leave Hiroshima, Japan, where he had been on a business trip, when the first atomic bomb fell on the city. The next day, he managed to get home to his wife and son—in Nagasaki, where the second atomic bomb was dropped two days later. Not only was Yamaguchi relatively unhurt, his wife and son survived because they were out of the house buying him burn ointment. If Yamaguchi hadn’t been injured in Hiroshima, his family might have been killed in Nagasaki.

13th century Japanese Buddhist priest Nichiren was condemned to death for his subversive writings. He was saved, however, when his executioner was struck by lighting. It must have been considered a sign, because an order was sent to stop the execution, and Nichiren was pardoned.

Miraculous rescues didn’t stop in the 13th century. Andrew Jackson was the first sitting president who was victim to an attempted assassination. However, his attacker’s gun misfired. And so did his second pistol. After the incident, the pistols were tested and retested, and no defects were found. The incident became part of Jacksonian mythos, as his supporters believed divine providence had intervened to protect the president.

15. The Lucky Shot That Set the World On Fire

Sometimes, though, it’s the assassin who gets lucky. Gavrilo Princip was part of a Serbian nationalist group that conspired to assassinate the Austrian Archduke Franz Ferdinand in 1914. Princip only got his shot after several of the other conspirators’ attempts failed, and the Archduke’s car took a wrong turn and brought the royal couple’s car right into his path. Princip’s lucky shots killed the Archduke and his wife, setting off a chain reaction resulting in World War I.

Before the discovery of penicillin, you could die from a scratch. It’s lucky, then, that Scottish scientist Alexander Fleming accidentally left a petri dish uncovered in 1928. The dish, which contained Staphylococcus bacteria, was contaminated by mold from an open window. Fleming discovered that the mold inhibited the growth of the bacteria—and medical science was never the same.

In 2007, Steve Flaig was looking for the birth mother who had given him up for adoption. After years of internet searches, he found an address for her near the Lowes store where he worked. When he mentioned the coincidence to his boss, Flaig discovered that he and his birth mother were co-workers.

In 1992, the helicopter carrying Chris Duddy, Michael Benson, and Craig Hosking crashed into a volcano. The helicopter narrowly missed a bubbling lava pool, but the three were trapped inside the live volcano for two days. They survived, with only some scratches and smoke inhalation.

While renovating a house in a small town in Minnesota, David Gonzales discovered a copy of Action Comics #1 in the house’s insulation. The issue, from 1938, has the first appearance of Superman on its cover. The issue sold at auction for $175,000.

Ludger Sylbaris survived the eruption of a volcano that flattened the city of Saint-Pierre on the island of Martinique and killed up to 40,000 people. He only survived the eruption because he had been thrown into solitary confinement for fighting and public drunkenness. Sylbaris later toured with Barnum and Bailey’s circus as “the man who lived through Doomsday.”

Eric Lawes, a retired farmer in England, was searching for a lost hammer with his metal detector in 1992. Instead, he discovered what came to be known as the “Hoxne hoard,” a priceless Roman treasure chest containing of 14,780 gold and silver coins and 200 pieces of precious jewelry and ornaments. The items were purchased from Lawes for £1.75 million and are now on display at the British Museum in London. The hammer was eventually found too!

Jean-Baptiste Bernadotte was born in France in 1763 the son of a lawyer, and died the king of Sweden—mostly because he was a nice guy, and in the right place at the right time. In 1810, King Charles XIII of Sweden, worried about dying without an heir, conducted a search and chose Bernadotte to succeed him as king, in part because Bernadotte had shown kindness to Swedish soldiers in battle when he was in the French Army. Bernadotte was crowned Charles XIV John of Sweden in 1818, and his descendants sit on the Swedish throne today.

When he received the role of a lifetime as Han Solo in Star Wars, Harrison Ford had primarily been working as a carpenter. He had helped director George Lucas audition other actors, and was completely shocked to be offered the career-making role, which he had never formally auditioned for.

In 1877, a chemist named Constantin Fahlberg accidentally discovered saccharin, the first commercially viable sugar alternative. He had spilled an experimental compound on his hand at the laboratory, but didn’t realize it until he went home and bit into a dinner roll that tasted unusually sweet. Fahlberg rushed back to the lab to test everything he’d touched that day, ultimately discovering that a beaker of o-sulfobenzoic acid, when reacting to other elements, had produced benzoic sulfinide. Although Fahlberg had previously synthesized the same compound, this was the first time he’d tasted it.

4. The Day the Music (Almost) Died

Today, Waylon Jennings is known as a country star in his own right. But in 1959, he was just a member of Buddy Holly’s backup band. When the tour’s musicians decided to fly to their next stop instead of taking a bus, Jennings gave up his seat to J.P. Richardson, aka the Big Bopper. As written about in Don McLean’s “American Pie,” the plane crashed, killing Holly, Richardson, and singer Ritchie Valens. Supposedly, in Holly’s last conversation with Jennings before the crash, he joked, “I hope your damned bus freezes up again”—to which Jennings is said to have joked back, “I hope your ol’ plane crashes.”

In 1922, 14-year-old Leonard Thompson was dying of diabetes when he became the first person to receive a risky experimental new treatment that had only ever been tested on dogs—insulin. Thanks to his parents’ and doctors’ daring, Thompson went from starving away, weighing in at only 65 pounds, to the poster boy for a new age of scientific discovery.

2. The Stroke of Luck Heard ‘Round the World

George Washington’s infamous crossing of the Delaware River, which helped win the Revolutionary War, was actually one of the most improbable military victories in history. Not only was the operation hampered by a terrible storm, it also fell well behind schedule, to the extent that Washington considered cancelling the attack. Finally, the British army had been tipped off to the plan by spies and deserters. Luckily for Washington’s forces, the British didn’t take the warning too seriously. If they had, the world today might look very different.

Out of 92 passengers and crew, 17-year-old Juliane Koepcke was the only survivor of the 1971 crash of LANSA Flight 508 in the Peruvian rainforest. After the plane was struck by lighting and broke apart in midair, Koepcke clung to her seat and fell to the ground still strapped to the chair, suffering only a broken collarbone. Using wilderness survival skills her father had taught her, she made her way to civilization in an arduous nine-day journey. 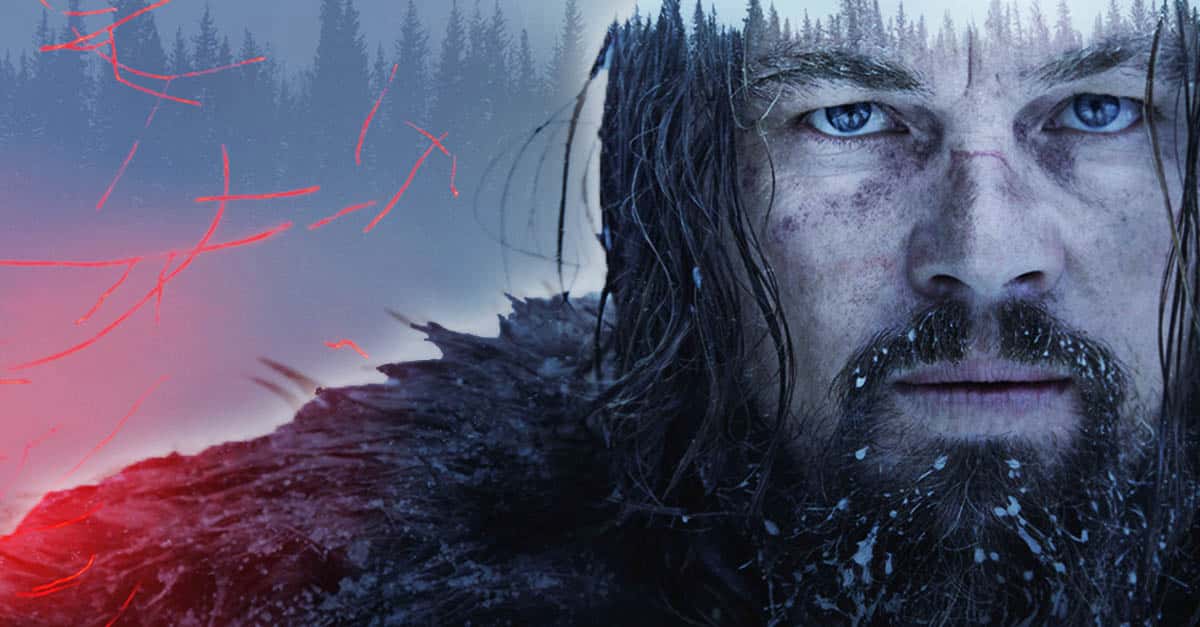 20 Unbelievable Facts About The Most Incredible People in History