Kingdoms are built on expansion: Monarchs gather together land, people, and wealth. It should come as no surprise, then, that in the process of accumulating all that land and wealth, they also end up with some pretty weird stuff along the way. Here are 24 astounding royal possessions.

Oft-married English king Henry VIII was fond of fighting, flirting, and feasting, but he was also an accomplished and dedicated musician and composer with a collection of instruments that included tabards, viols, and shawms. The most extraordinary part of his collection, however, was a set of bagpipes made of ivory and purple velvet. You have to imagine it looked–and sounded–like a cross between an elephant and a bottle of Crown Royal.

If the purple bagpipes didn’t convince you of Henry VIII’s strange tastes, perhaps his helmet will. Among his armor was a helmet that was given to Henry by the Holy Roman emperor Maximilian I. The helmet, sporting a strangely mocking face with a prominent nose, included a pair of gold spectacles and, alarmingly, a pair of massive curling horns.

Among the usual, boring old gold and jewel treasures found at King Tut’s tomb was a board game. No one has been able to find the rules for Senet, but archaeologists have found enough pieces to guess the game was popular among all classes in Egypt. Still, it’s exciting to find one buried with a pharaoh; that’s like the president being buried with a Scrabble board.

Byzantine tyrant Justinian II was chased from the throne in 695 AD. As a final insult, his usurpers cut off his nose before booting him but the door. Justinian the Slit-nosed, as he was now known, returned ten years later with a nose of solid gold and reclaimed his title. His second reign was short lived, however. In 711, Justinian was killed in battle…by his own troops.

Queen Joanna of Castille and Aragon was very fond of her husband, Philip I of Burgundy. So fond, in fact, she refused to be parted with his body after his death in 1506. She even took his embalmed body with her while travelling. The people came to call Joanna “Juana la Loca,” and the royal family decided maybe it was best if her son was put in charge.

19. A Collection of Toy Soldiers

Peter III of Russia was obsessed with the military. He was, conveniently, the tsar of a country with a rather large army, but Peter preferred a more hands-on approach. Instead of tending to matters of state, or to his wife Catherine the Great, Peter spent his days setting up meticulous battle scenes with his collection of toy soldiers. How obsessed was he? When a rat made off with one of the soldiers and bit off his head, Peter convened a court martial, constructed a tiny gallows, and had the rat hanged.

Though not often remembered as a girly-girl, Queen Elizabeth I was obsessed with dresses. She had over 2,000 of them, and was always looking to add to the collection. When Lady Mary Howard showed up at the queen’s court with an especially ostentatious dress, Elizabeth stole it from her room and added it to her own wardrobe. She was Queen, you know, so she could do that.

The Victorian Era is notorious for the uncomfortable fashions of its day, which employed constricting corsets and protruding bustles meant to exaggerate a woman’s curves. Not even Queen Victoria herself was exempt. But in the year of her Golden Jubilee, Victoria was given an unusual gift: a bustle that had been fitted with a music box so that it played “God Save the Queen” each time she sat down.

Although the rakish habits of his youth caused his mother, Queen Victoria, great distress, Edward VII nonetheless grew into a respectable and popular king. He was so hospitable to guests that his home at Sandringham House had a chair that he had fitted with scales; Edward would weigh his guests upon arrival and departure to ensure they ate well during their visit. Um, could you opt out?

Among the, er, treasures of England’s Royal Collection is a truly hideous ceramic bust. Said variously to be a sculpture of a laughing girl, a laughing boy, a Chinese person, and even perhaps a sculpture of Henry VIII as a child, the bust looks more like something you’d find at a yard sale than a priceless royal heirloom. Just goes to show, money can’t buy taste.

The Hope Diamond seems to bring tragedy to whoever owns it. As many as 10 previous owners have committed suicide or died by violent means. So it was with King Louis XVI, who wound up with his head in the guillotine. From there, the diamond (then known as the French Blue) was stolen, recut, renamed, and even briefly fell into the possession of King George IV.

The Jacob Diamond has not been quite so troublesome. For years, the £100 million diamond sat on the desk of the Nizam of Hyderabad as an actual paperweight. Prior to that, the previous Nizam had kept it safely tucked away in the toe of a shoe. At 184.5 karats, it is the fifth-largest diamond in the world.

King Ludwig II of Bavaria was known as the “Fairy Tale King.” He was allegedly obsessed with the stories, so when his father died, Ludwig used the sudden influx of cash to build the massive, opulent Neuschwanstein Castle. Construction of Neuschwanstein drove the Ludwig so deeply into debt that the Bavarian government had him deposed.

Queen Mary, wife of George V, was a notorious magpie. When visiting noble ladies, she would often remark on some piece of art or houseware, and not-so-subtly hint that she would love to own such an item. What are you gonna do, tell the queen she can’t have your toaster? Queen Mary met her match, however, in the Lady Hudson. When Mary remarked on Lady Hudson’s lovely guest chairs and (politely and tacitly) refused to leave until she was given them, the elderly Lady held her ground until 9 pm. Exhausted, Lady Hudson finally capitulated, at which point Queen Mary gleefully loaded up the chairs.

The Maharaja of Junagadh, in India, loved dogs. He had 800 of them, and lavished them in the kind of luxury many people only dream of. Each of the 800 dogs had their own room, butler, and private telephone. The dogs were well-dressed and frequently chauffeured around his estate in rickshaws. In 1922, the Maharaja even held a £1 million wedding (in today’s money) for one his hounds to a golden retriever.

There is no one piece of property that stands out among the Sultan of Brunei’s belongings, but the extent of his largesse staggers the mind. Worth supposedly $200 billion, the ruler of the tiny, oil-rich nation owns 200 polo ponies, his own Boeing 747, and the world’s largest private residence. Among his 100+ cars is alleged to be a gold-coated Rolls Royce.

The Sultan’s wealth extends to his brother, the Prince Jefri Bolkiah. Prior to some (ahem) legal difficulties that saw him turn his belongings over to the state, Jefri’s possessions included his own Boeing 747, a collection of more than 2,000 cars, and a yacht named Tits. Yes, you read that right, Tits.

King Bhumibol Adulyadej of Thailand has an estimated net worth of $30 billion. $30 billion can buy you a lot of stuff, but perhaps the Thai monarch’s most notable possession is the Golden Jubilee diamond; at 545 karats, it is the largest cut and faceted diamond in the world.

Egypt’s King Farouk was great collector. He collected stamps, coins, and watches, among other things. Especially notable was his car collection, all painted red so police would know not to give him a ticket when he was driving. Among the collection was a Mercedes-Benz given to him by none other than Adolf Hitler as a wedding gift.

In all fairness, this one is mostly hearsay and conjecture, but it is said that King Farouk also had the world’s largest collection of pornography. “I’ve got warehouses of the stuff,” he supposedly told one Hollywood bon-vivant, “so much I’ll never be able to look at it all.”

Not this kind of pornography!

King Mswati III of Swaziland is among Africa’s richest monarchs, but his wealth has gotten him in trouble in the past. Mswati is supposedly worth $200 million, a far cry from the common people of Swaziland; 63% of them make $1.25 a day. Mswati once paid half a million dollars for a Chrysler Maybach 62; when the Swazi media expressed outrage, he banned photographs of his vehicles.

Queen Elizabeth II is a philatelist. Before you accuse me of name-calling, you should know a philatelist is a stamp collector. Elizabeth’s collection is the most impressive in the world, and was built up in part by inheriting the collections of royal ancestors who were also keen on stamps. Today, the collection is guarded by the Royal Philatelic Society.

I mean, how many crowns do you own? Still, by royal standards, the crown of the Netherlands sounds downright DIY. In use since 1840, the crown is made of gilded silver; it also uses mock pearls made with fish skin. Considering the extravagances of some of these other monarchs, you can’t help but respect the Dutch Royal Family’s low-key style. 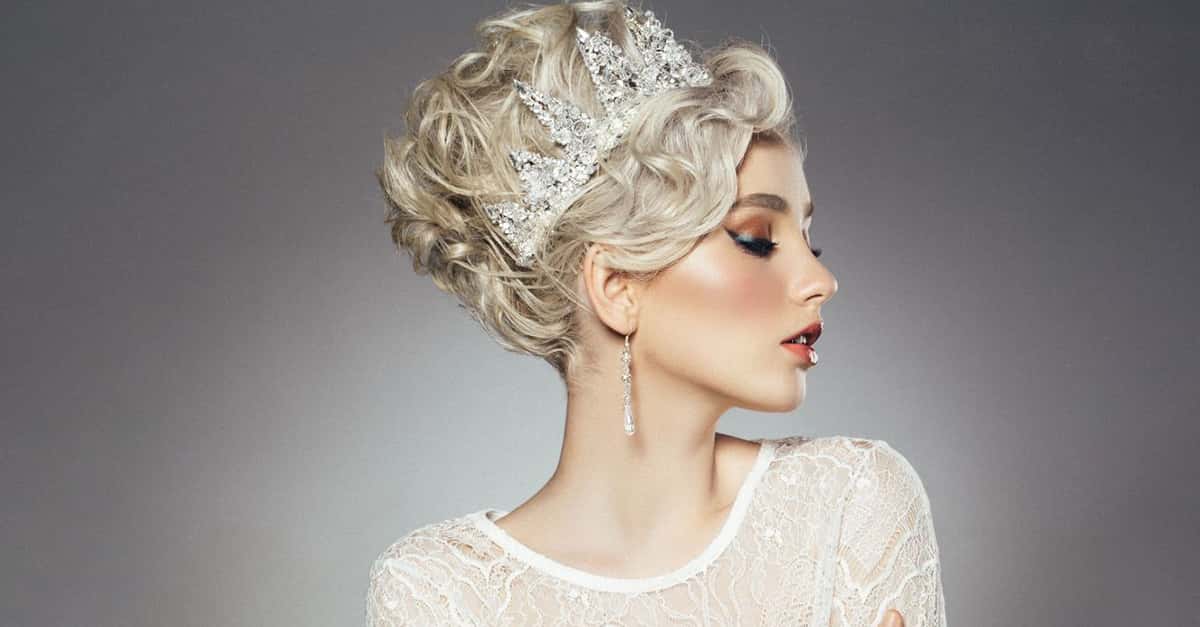