“…for Legolas was fair of face beyond the measure of Men.” –The Lord of the Rings: The Return of the King

The origins of Legolas the Elf remain mysterious, and J.R.R. Tolkien’s The Hobbit and The Lord of the Rings don’t put too much focus on him. His background may be murky, but these 22 facts will shed some light on the blonde beauty.

J.R.R. Tolkien never actually specifies how old Legolas is, but the Elf calls Aragorn (87 to start) and Gimli (140) children compared to his own age, and says that he’s seen many oak trees go from being just an acorn to a “ruinous age.” English oak trees can live for more than 1,000 years, and Legolas’s has been estimated at anywhere from 500 to 2,000 years old.

20. I Know Every Rock and Tree and Creature

Legolas can hear what rocks are thinking, and can sense what trees are feeling.

After all the battles are won and the ring is destroyed, Legolas founds an Elf colony in Ithilien, helping to restore all of the devastated forests in that area.

Cold temperatures don’t bother Legolas, he doesn’t need to sleep as he’s never tired, and he has very good vision and hearing.

Because sleep isn’t really a necessary thing for Elves, Legolas can actually dream while awake.

16. A Prince Among Elves

Legolas is a Sindarin Elf, and though we know nothing of his mother, his father Thranduil is the King of the Elves of Northern Mirkwood. Legolas’s surname is Greenleaf.

Thranduil sends his son to the Council of Elrond to report on Gollum’s escape. It is there that Legolas chooses to be a member of the Fellowship of the Ring.

Elves don’t sink in snow, so Legolas can run right across tundras (like the Redhorn Pass during a magically-induced blizzard).

When Legolas, Gimli, and Aragorn must past through the Haunted Mountains, Legolas is unafraid—Elves have no fear of the ghosts of men. He is, however, pretty scared of Balrogs, ancient fiery monsters that were created by Morgoth, an evil demigod.

12. Behind the Fair Appearance

Legolas is portrayed on screen in all three Lord of the Rings movies and in The Hobbit movies by Orlando Bloom. Jude Law was also considered for the role.

While filming The Two Towers, Bloom fell off his horse and broke several ribs.

10. He Gives Katniss a Run for Her Money

Legolas has an uncanny accuracy with his bow and arrow. He also carries with him two long Elvish knives, which have vine-like designs running over the blades.

Legolas is known for expressing himself through song in the books, and when Boromir dies, he and Aragorn sing together in their friend’s honor.

Upon leaving Lothlórien, the members of the Fellowship are given gifts from Galadriel and Celeborn. Legolas receives a new longbow, which he ends up using to kill an evil beast with just one shot. Typical Legolas.

Tolkien didn’t write Legolas into The Hobbit, but its screen adaptation adds him into two of the three films.

Bloom found the blue-tinted contacts lenses he wore as Legolas uncomfortable, so you may notice his eyes are Bloom’s natural shade of brown in some scenes throughout The Lord of the Rings.

In the film series, the only time Legolas speaks to Frodo Baggins is in The Fellowship of the Ring, when the Elf says “and you have my bow.”

4. Where the Ocean Meets the Sky

When King Aragorn eventually dies, Legolas decides to leave Middle-earth for the Undying Lands, taking Gimli with him across the sea.

3. He Likes His Earth Tones

Legolas is more often than not dressed in green and brown, except for when he is in Lothlórien. There, he dresses in a blue tunic.

While Legolas is one of the most beloved characters in The Lord of The Rings, most fans don’t realize he almost wasn’t in the Fellowship of the Ring at all, and was instead replaced by another elf. That’s right, in early drafts, Tolkien had that space filled by a different Elf, Glorfindel, but changed his mind during the final draft.

Gimli and Legolas keep a running tally of how many orcs they kill during the Battle of the Hornburg. Though Legolas is beaten by just one (42-41 is the final count), the two gain a mutual respect for each other. 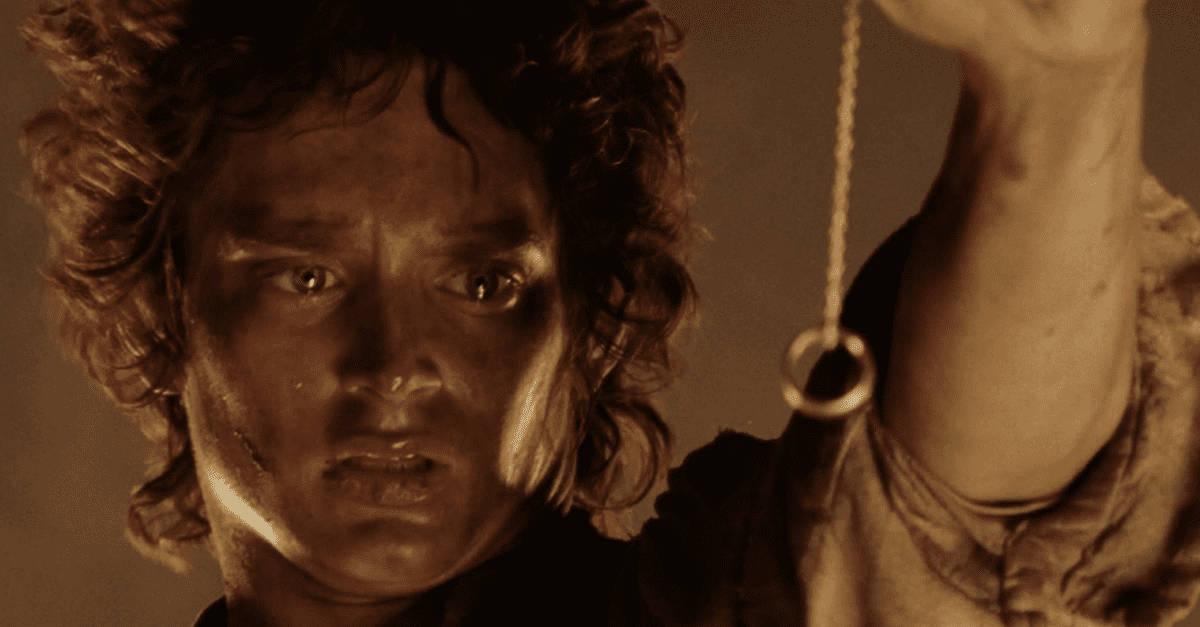