Though there are rare times when a human baby is born with a tail, this is a pretty bizarre occurrence and tends to freak people out more often than not. However, for lots of other mammals—from cats and dogs to lions and bears—it’s perfectly normal to have a tail. But why do animals have tails?

A Tail of a Different Color

Well, the answer is: for a lot of reasons. First off, there are actually two types of animal tails, non-prehensile and prehensile. Animals like cats, foxes, dogs, and any number of other creatures have non-prehensile tails, and generally use them for balancing. Of course, that’s really just the beginning of what a non-prehensile tail can do, and tails come in all shapes and sizes.

For example, rattlesnakes use their tails to give a warning; zebras, elephants, and giraffes use their tails to swat away flies on the plains of Africa; and alligators’ tails can even store fat. We don’t often think about birds’ tails, but they use them for steering, just like fish and sea mammals do in the water. Some tails even express emotion; think of a dog wagging its tail happily. Perhaps most bizarrely, male hippos use their tails to spread their poop around and mark their territory. Um, yikes.

Lend Me a Tail

Prehensile tails, however, are the real powerhouses of tails. They can do most everything that a non-prehensile tail can do—and so much more. In fact, they’re really more like a fifth limb or a hand than a tail. Monkeys usually have these flexible, dextrous tails, and they use them not only to balance, but also to swing through trees or grab at different objects. (Bonus fact: If a tail can only wrap around a tree but not grasp objects, it’s called “partially prehensile.”) This kind of tail often has something called a “friction patch,” which is a bare spot that helps the animal grip an object more securely.

Of course, prehensile tails aren’t just limited to monkeys, even though they’re the creatures we usually think of when we try to find examples of prehensile tails. But did you know that a seahorse actually has a fully prehensile tail? Even Harvest mice have the flexible appendage, as do anteaters and opossums.

The Tail-End of Evolution

Believe it or not, humans used to have tails, too—we even still have a coccyx bone, or a “tailbone.”  After we evolved away from living in trees, our tails weren’t as necessary any more, and they became a “vestigial,” or left-over, trait. This is why you can still hear stories of humans born with tails; we technically still have them, they’re just not as noticeable, and sometimes they come out to play.

The truth is, just because humans don’t have (visible) tails doesn’t mean it’s strange that animals do. They use them for all kinds of things, from keeping warm to swinging on trees to communicating with us. So why do animals have tails? Because it helps them thrive in their various environments. 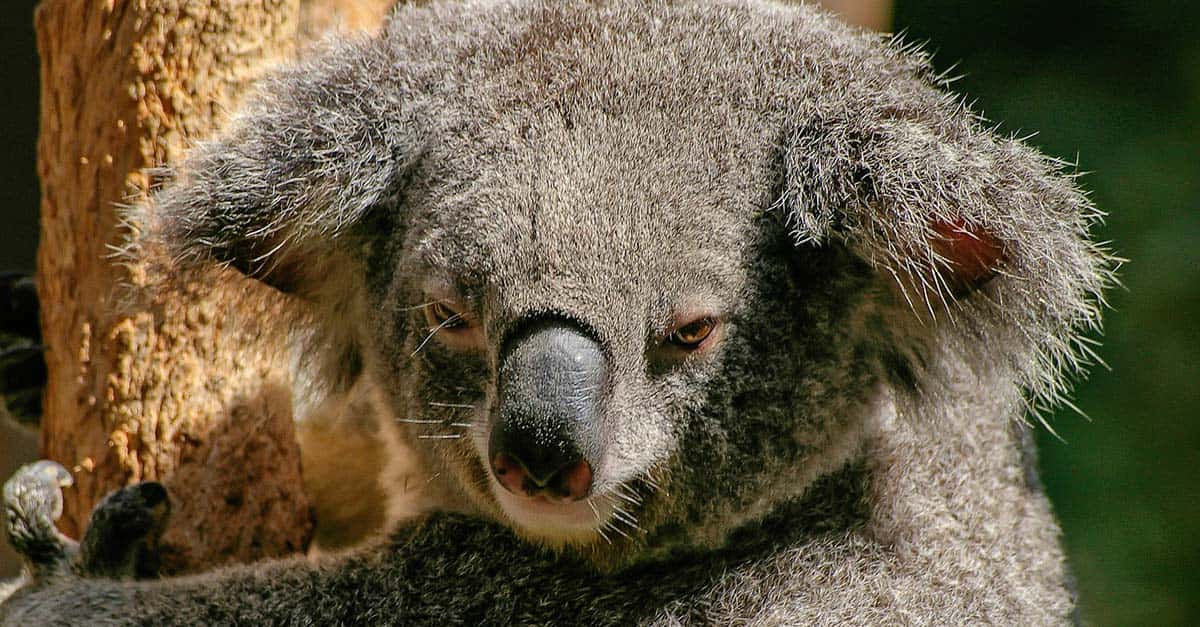 Why Do Koalas Sleep So Much?