What is color? We see it every day, and in an almost endless array of shades: hunter green, crimson, royal purple, navy blue. In fact, some of these colors seem so saturated and rich, it might be hard to believe that they are just tricks of the light. No, literally. Keep reading to find out what color really is.

You see, color is light—bear with me here. All light comes in different wavelengths, some shorter and some longer. Depending on the length of the wave, we see this light as different colors. Moreover, although there are lots of different wavelengths, we can only see a certain spectrum, or range, of them—and that spectrum is the colors of the rainbow.

That’s right: red, orange, yellow, green, blue, and violet actually represent the full range of light wavelengths we can see, with red being the longest and violet being the shortest. Of course, there are lots of different shades in between and around these colors, from turquoise to rust to marigold.

If this all sounds a bit confusing, worry not. First, it wasn’t until relatively recently that we even understood color as a property of light. Great thinkers like Aristotle and other ancient scientists circled around the problem as best they could, but it wasn’t until Isaac Newton’s discoveries centuries later that we really started to understand the connection between light and color. Second, we’re going to break it all down for you here.

Alright, we’ve got the basics of rays of light and wavelength down, but how does this all actually affect the color of the objects we see in the world?

The Color of Money

When all of these different wavelengths and colors are put together, it makes “white light,” which is what we see from the sun. When white light shines on an object in the world—from your couch, to your pen, to your clothing—some of the colors that are mixed into white light will get absorbed into the object, while some of them will bounce off.

So for example, if you’re looking at an orange crayon in the daylight, it appears orange because it’s reflecting orange light wavelengths while absorbing other color wavelengths. Also, get this: When an object like a fridge appears white, that’s because it’s reflecting all the colors of white light equally, giving the color white back. As for black? That’s when an object absorbs all the colors, making black actually the absence of color and light.

That, of course, is the simple version. How the object actually absorbs certain wavelengths or bounces them off also depends on complicated intricacies of the object’s surface and composition. In other words, there are a lot of different ways for light to be reflected or absorbed. Still, take it as a working model—because there are even more factors that affect our perception of color. Let’s dive in.

A Horse of a Different Color

With so much depending on the play of light, answering “What is color?” can be a tricky thing. But it doesn’t end with light: There are also differences in human perception, culture, and language. A good case study is color blindness, which most commonly manifests as a difficulty distinguishing between the colors red and green.

How does red-green color blindness work, exactly? Well, human eyes have retinas to distinguish between different light wavelengths—again, allowing us to see that visible light spectrum we talked about above. Specifically, our retinas have three different cone systems to see short, medium, and long wavelengths.

When a long red wavelength comes to regular human eyes, our “long” receptors accordingly get pinged. When a shorter wavelength comes, a different receptor will get pinged. However, these same receptors in color-blind people are less sensitive, which is exactly what makes it difficult for them to tell when they’re getting a red long signal or a shorter green signal; their cones have a hard time distinguishing between the two. Then again, there’s a spectrum of light even “normal” human eyes also can’t see, so who are we to say what color is or isn’t?

That’s just one instance where perception can mess with what “color” really is—and in fact, there are endless variations of what we even call color.  Today, we mostly identify six colors of the rainbow, as we listed above. Yet when Isaac Newton was investigating prisms of light and describing the colors of the rainbow, he split “blue” up into “blue,” which we might now call cyan, and a darker “indigo.”

These kinds of perception and naming differences happen to us every day, making it hard to really pin down what color is. Just think about how you might call a strawberry-blonde woman a “redhead,” while someone else might call her a “blonde.” On the upside, this fluidity does give paint chip companies a plethora of color names and choices to play with.

As it turns out, from almost the very beginning of our journey to understanding color, none of us have really seen eye-to-eye. Then again, that’s kind of the point. Sure, we know where it comes from: light and its different wavelengths. We also know how objects get color: it’s all in how they absorb or bounce off light. Finally, we know how we perceive color: our retinas have a complex system of wavelength identifiers. Yet color is ultimately always in the eye of the beholder.

Besides, who knows—given a couple more centuries, we might have a lot more left to discover about color. 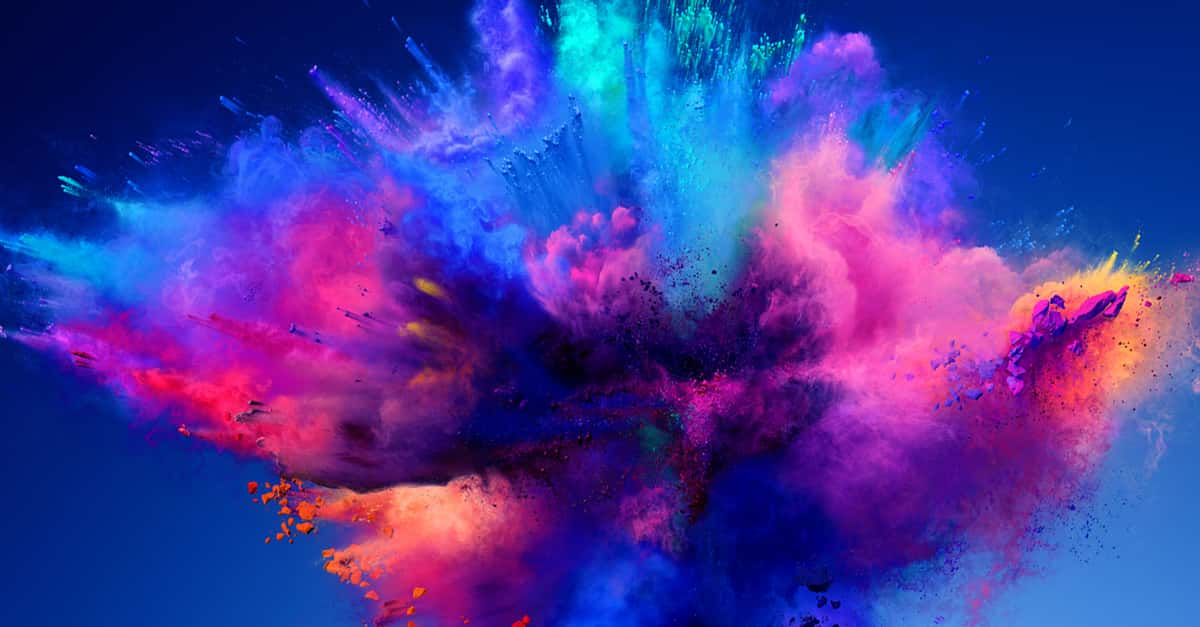 Pantone, Klein Blue, And Vantablack: The Bizarre And Tempestuous World of Color & Copyright