On March 31, 1848, in a humble country house in Hydesville, New York, something strange and ruinous began. That night, young Kate and Maggie Fox claimed to communicate with the spirit that had been haunting their house for weeks. The entire Fox family—including the girls’ mother and father as well as their older sister Leah—had heard strange knocking sounds and furniture moving at all hours for the past few weeks. Apparently fed up, Kate and Maggie challenged the spirit to respond to Kate’s finger-snapping. To everyone’s horror, it did.

The next months and years were a blur for the young girls. Their “otherworldly” abilities turned them into famous mediums, kicked off the Spiritualist movement in America, and tore open the gauzy veil between life and death for a generation of people. It also caused a lasting scandal. After all, it’s as suspect an origin story as history has to offer, and everyone from reverends to Harry Houdini himself was trying to debunk the girls and their seances. Perhaps inevitably, they succeeded.

Yet the “how” and the “why” of the Fox sisters’ scam is its own kind of horror story.

After first “speaking” to the spirit in their house, Kate and Maggie developed a complex code to communicate with it. They used various knocks to rap out the alphabet, give yes or no answers, or generally just interpret the spirit’s corresponding knocks. They also found out more disturbing information: They called the spirit “Mr. Splitfoot,” after a nickname for the devil. They also claimed that the entity was the soul of the peddler Charles B. Rosna…who had supposedly been murdered in the house just years before.

It didn’t take long for the whole neighborhood to learn about the plaintive spirit and possible murder. Eventually, a Quaker couple invited the girls to stay in their Rochester home. It was all the girls needed to launch into superstardom. After this, many Quakers spread the word about their abilities, and soon the sisters were demonstrating their skills in halls around America, with their older sister Leah acting as their manager.

From our cynical, seen-it-all age, it’s difficult to convey just how much of a sensation the Fox sisters were. Their first public performance was the very beginnings of the Spiritualist movement that spread like wildfire through America. At their height, Kate and Maggie were giving seances for hundreds of people, each time demonstrating their communication with the spirit via unseen but responsive knocks. The Fox sisters were on top of the world, so there was nowhere to go but down.

Even in the Fox sisters’ very early years, skeptics weren’t buying what they were selling. Famous spiritual debunkers like Harry Houdini believed the supposedly ghostly “rappings” were actually Kate and Maggie cracking joints underneath their skirts. As it happened, observation bore the haters out. No matter where they performed, the Fox sisters always put their skirts up against surfaces they could “rap” on.

Despite the distrust festering around Kate and Maggie, though, they had the pristine defense. See, no one could actually prove their suspicions. After all, they were ladies, and one did not look underneath a lady’s skirt, no matter the circumstances. So, for years, the Fox sisters continued their show, traveling the country and gathering more acolytes. Except, in the end, the girls would bring about their own doom.

Be Careful What You Wish For

The cracks began to show early in the poor girls. In the first heady days of their fame, people often left Kate and Maggie unattended or with bare supervision. Wouldn’t you know it, both girls began to drink heavily in a short span of time. By the time the siblings were married, some with children, Kate was drinking so much that even her most ardent supporters worried she couldn’t properly care for her young dependants. And that wasn’t all.

There were divisions among the Fox family as well. After her marriage to the adventurer Elisha Kane and a conversion to Catholicism, Maggie had briefly left their troupe. Although she returned after he died, Maggie was now sure she had “diabolical” powers. But it was Leah, the eldest sibling, who was at the very center of the family feuding; Kate and Maggie thought she meddled too much in their affairs. And instead of talking it out, the younger girls came up with a cataclysmic plan.

When the Fox sisters finally confessed their fraud, they didn’t do it out of guilt, they did it out of spite. In 1888, in a bid to hurt Leah, Kate and Maggie sold off the real truth about their paranormal abilities to a New York World reporter. The same day the story came out, they appeared at a public event to give a demonstration of how they’d fooled everyone for decades. It was exactly as their skeptics suspected. Maggie showed how she would crack her toe joints under her skirts, sending ripples of the sound throughout the theater.

The sisters’ confessions also revealed the extent of their subterfuge. They had started the “game” all the way back in childhood, but their methods were much less refined. Maggie confessed, “When we went to bed at night we used to tie an apple to a string and move the string up and down, causing the apple to bump on the floor.” No one even suspected them, “because we were so young.”

With the burden of decades of falsehoods off their shoulders, Kate, Maggie, and Leah should have been free. Instead, they had one final, cruel twist of fate in store.

A Means To An End

Unsurprisingly, many people in the Spiritualist movement turned on the Fox sisters, dropping them with a vengeance and driving them sharply into poverty. Others refused to believe it, but this didn’t much help much either. Supporters needled an increasingly desperate Maggie so much, she recanted her “confession” a bare year later and tried to take up performing again. Tragically, it didn’t come close to working, and almost no one showed up. Yet worse was coming.

Within five years of Kate and Maggie’s scornful revelation, all three of the sisters had died in various states of poverty. Leah went first, then Kate less than two years afterward, and finally Maggie less than a year after that. By 1893, the Fox sisters were dead, buried, and seemed like a fever dream to everyone but their nearest and dearest.

Even so, their short lives and brutal ends do belie the Fox sisters’ lasting influence. The spiritualist movement they started only gained momentum after their deaths, and to this day there are those who swear the women really did touch the Other Side. 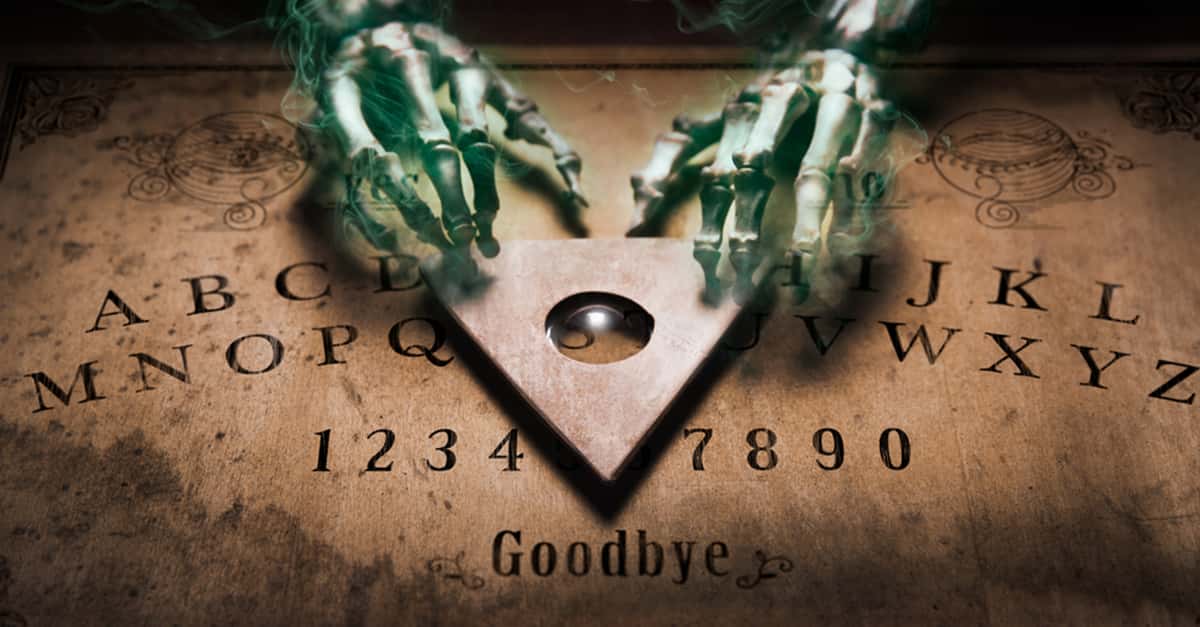