This Christmas, I received a copy of Awake in the Dark, a collection of reviews, essays, and interviews by the late, great Roger Ebert. I loved the book, but felt that it—like every other published collection of Ebert’s work—overlooked one of his most important traits: His pure love of pop culture.

Like most critics, Roger Ebert could appreciate the craft that went into a movie by auteurs like Spike Lee, Martin Scorsese, and Ingmar Bergman. But in the same breath, he could also coo over “preposterous adventure movies” like The Mummy and give panned creature features near-perfect scores.

When I browse through my local book store or look on The Book Depository, it’s easy to find Ebert’s essays on Serious Films. If I want to feel his righteous anger, I can get three freaking volumes of his “bottom of the barrel” rants. But my favorite Ebert falls through the cracks.

And so, let us turn to this article’s main attraction: Cataloguing some of Roger Ebert’s shadiest digs, most generous takes, and funniest quips about Charlie’s Angels: Full Throttle, Bridget Jones’ Diary, Queen of the Damned, and their glorious middle-of-the-road ilk.

This review is my elevator pitch for Roger Ebert’s greatness. In his masterfully shady review of The Mummy Returns, Ebert sighs that attempting to summarize the film’s plot will “drive you mad.” Instead, he settles for listing the movie’s dumbest moments. A character warns that Rick O’Connell’s action “could bring about the next apocalypse” to which Ebert notes that we apparently missed the first Apocalypse which “does not speak well for it.” It only gets better from there.

Line of Note: Shading the movie’s notoriously awful CGI Scorpion King, Ebert says he believes The Rock has an acting career ahead of him, “and after seeing this movie, I believe it is still ahead of him.” Reader, I think about this burn every day.

This makes my list purely for Ebert’s brutally nonchalant dig at Alec Baldwin.

On Meryl Streep’s character in It’s Complicated: “You’d think she’d be able to get over the loss of Baldwin in 10 years. A lot of women have.”

Ebert divided blockbusters into three categories: “art, great trash, and good trash.” For him and any self-respecting action movie lover, Tomb Raider falls firmly into the second bucket. With an incomprehensible plot, incredible sets, and a kick-butt turn by Angelina Jolie, Tomb Raider was everything my 12-year-old heart could have wanted. I always appreciated that Ebert could connect with a young person’s love of a good action movie without judgment or derision.

Line of Note: “Please don’t tell me it makes no sense. The last thing I want to see is a sensible movie about how the Illuminati will reunite the halves of the severed triangle in order to control time in the ruins of the ancient city that once rose in the meteor crater—if and it’s a big “if,” the clue of the All-Seeing Eye inside the hidden clock can be used at the moment of planetary alignment that comes every 5,000 years, and if the Tomb Raiders are not destroyed by the many-armed Vishnu figure and the stone monkeys.”

Queen of the Damned

It is my firm belief that every parody of Twilight owes a debt to Ebert’s effortless deconstruction of the vampire movie genre.

Line of note: “Vampires are always in pose mode.”

Combining Ebert’s signature zingers and generic knowledge with his refreshing compassion for minor characters, this review of an undeniably silly movie displays how Ebert could find meaning and significance in unlikely places.

Line of Note: “On the landing of those steps on that first night, Ali sees a black girl standing, who smiles nicely to her. We see this same girl repeatedly in the film, but she never gets a name or any dialogue. She has the role of the Black Girl Who Is Seen But Not Heard as a Member of the Club Family.”

As Ebert rectifies his pan of Charlie’s Angels with a lovely take on its sequel, he also mulls over the internalized misogyny that led him to dislike the first flick. What was so wrong with a light-hearted romp about secret agents with endless skillsets and disguises? Maybe, Ebert writes, we’re just not used to seeing women have fun in action movies—rather than, say, play concerned wives, mothers, and hostages.

As Ebert puts it, the great joy of Full Throttle is the “high spirits” of the cast. “Say what you will,” he remarks, Cameron Diaz, Drew Barrymore, and Lucy Liu “were manifestly having fun when they made this movie.” And why shouldn’t they? As Ebert explains, “It’s a form of play for them, to be female James Bonds, just as male actors all like to be in Westerns because you get to ride a horse and shoot up saloons.”

Line of Note: “If people wanted to be edified every time they went to the movies, Hollywood would be out of business.”

When I read Ebert’s review of this sweet romcom, I was struck by the way he wrote about Drew Barrymore. Ebert doesn’t belittle, deride, or sexualize her. Instead, he respects her ability to convey warmth. As I read the sentences below, I realized how rarely I’d heard male critics praise female comediennes with this kind of awe.

Line of Note: “Even when she’s explaining the difference between “interoffice” and “intraoffice,” she’s a charmer. The movie’s screenplay is contrived and not blindingly original, but Barrymore illuminates it with sunniness, and creates a lovable character. I think this is what’s known as star power.”

But I’m a Cheerleader!

“Benign Uncle Ebert” comes through in this gentle review of the 2000 camp classic. In between Ebert’s pragmatic but generous take on the movie’s triumphs and weak spots, Ebert gently chides homophobes and makes his opinions on gay conversion camps known. He writes, “There are, I am informed, actually camps like this, where gay teenagers are slammed back into the closet… I don’t know what luck such outfits have; people are inclined to be who they think they are, and to change, if at all, only voluntarily.”

Line of Note: “It feels like an amateur version of itself, awkward, heartfelt and sweet.”

And of course, Anaconda

When Anaconda came out, critics panned it viciously—but not Ebert. He went to bat for this delightful creature feature starring Jennifer Lopez, Jon Voigt, and, yes, a wicked snake. If you liked 2019’s Crawl, do yourself a favor and rent Anaconda. Ebert gave this delightful movie three-and-a-half stars out of four for a reason, people.

Line of Note: “Anaconda” is an example of one of the hardest kinds of films to make well: a superior mass-audience entertainment.” 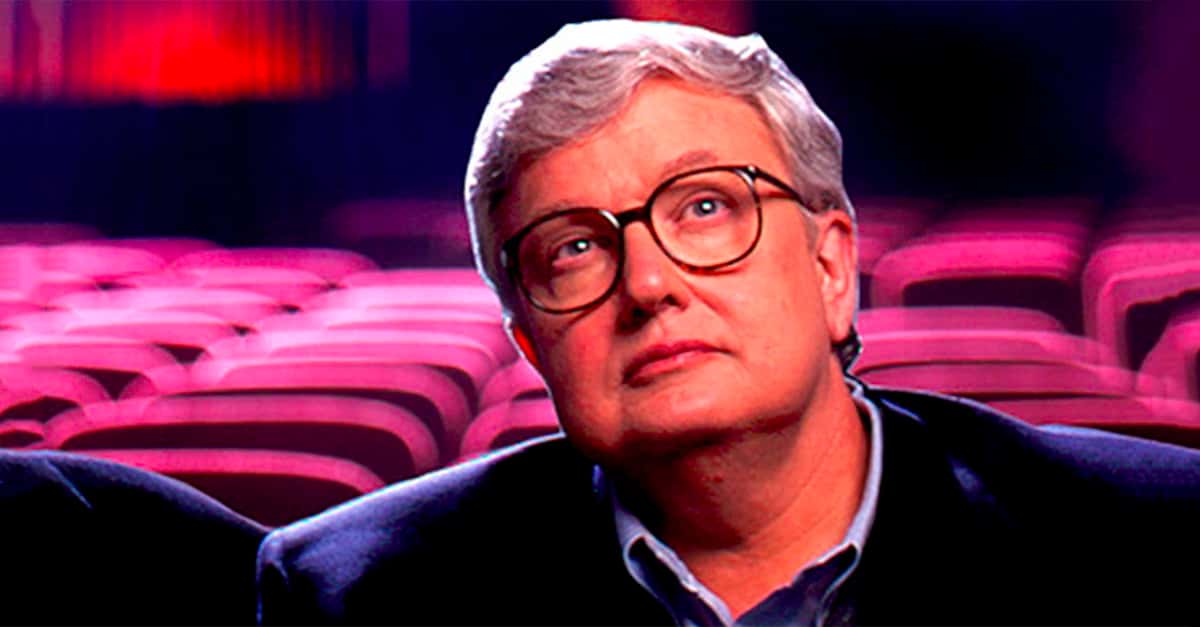