Who Laughs Last? The Rise And Fall Of The Laugh Track

Who Laughs Last? The Rise And Fall Of The Laugh Track

If you think of a stereotypical 60s sitcom, a la Bewitched, I Dream of Jeannie, or The Brady Bunch, you might think of the generically good-looking white cast, the cute suburban homes filled with wall-to-wall carpeting where they were set, and the (relative) domestic bliss they portrayed. You may also think of the laugh track that accompanied each show.

Despite its heyday as a stalwart of the genre, the laugh track has become maligned over the years, regarded as something of a symbol of the crass commercialism and the synthetic nature of the programs that appeared on network television mid-century. With a reputation like that, will it ever make a comeback?

It wasn’t just the popularity of single-camera sitcoms that killed the laugh track. Since its very invention, the laugh track has been vilified by those in show biz and audiences alike, and its supporters have fought hard to prove its usefulness. Also known as canned or fake laughter, the laugh track came about as a solution to a problem that plagued producers of TV shows—that the audience’s laughs could be entirely unpredictable. They didn’t laugh at the right time, and some laughed too loud or too long when they shouldn’t. CBS sound engineer Charley Douglass was the one to identify and remedy this problem—starting first with what became known as “sweetening.”

Audiences new to the TV format might find the difference from the movie theater experience jarring—going from a room full of people laughing and reacting together to the deafening silence of a joke told to a near-empty room. Single-camera TV shows used the reactions by live audiences to augment the storytelling, but unpredictable reactions could have undesirable effects on the same story. Thus, Douglass began to manipulate the audience’s laughter in post-production, creating the “sweetening” effect. Through this process, he could raise the volume of laughter for certain jokes or fade it out when it was too uproarious for the scene.

Douglass decided to take this process one step further, and built a prototype laugh machine, featuring a recording of laughter that could be played and essentially faded out. After leaving CBS, they took possession of it, but Douglass built another for himself in the mid-50s, collecting laughter and applause primarily from The Red Skeleton Show. At this point, shows were split—some used no audience laughter or laugh track at all, some just had an audience, and some used both.

The definitive move toward the use of a laugh track really happened with the sitcom Hogan’s Heroes. They audience-tested a version with a laugh track and one without. The jokes on the show simply didn’t land without it. That was evidence enough for CBS, who aired every comedy with a laugh track from then on.

This first golden age of sitcoms provided us with many shows whose reruns (or movie remakes) we may have grown up on, including Bewitched, The Beverly Hillbillies, The Brady Bunch, I Dream of Jeannie, The Andy Griffith Show, The Munsters, and Get Smart. There was just one rule—more subdued sitcoms had more subdued laughter, while those with outlandish premises like The Munsters featured more uproarious laughter. Cartoons, including prime-time cartoons like The Flintstones, as well as the Saturday morning cartoons of the 70s, got in on the game as well, and a massive number of cartoons from that era used laugh tracks.

The whole time, the industry relied on one man for their laugh tracks: Charley Douglass. Whether it was through sweetening or the laugh track, the man had his fingers in the majority of prime time shows that aired in the US. Every time a show went into the editing phase, Douglass would show up with his device, which came to be known as the “laff box,” and he and the show’s producer would discuss (or argue about) what kind of laughter each scene required. Douglass would generate the laugh—he had a massive array of types of laughs from different types of people, and would mix them together for different effects, most played over a quiet mix of people laughing softly—and add it in.

Thus, hundreds of episodes of some of the most beloved sitcoms of all time were created.

The more the laugh track proliferated, the more that people fought against it. Shows were expected to use them, but that didn’t always sit well with those people working on the show. For the whole first season of The Odd Couple in 1970, co-stars Tony Randall and Jack Klugman complained about having to pause between jokes for it, and eventually for the second season, the format switched, and it filmed in a multiple-camera format in front of a live studio audience. A similar switch occurred on Happy Days after the second season, and while the producers of M*A*S*H acquiesced to using a laugh track, they insisted that it never be used during the surgical scenes.

Douglass also faced competition: The Muppet Show famously created their own laugh track, which they’d employ and then pan to an audience full of Muppets. The effect was so great that people actually inquired about audience tickets for show tapings. One of Douglass’s former employees, Carroll Pratt, also complained that his boss was unwilling to update his technology or techniques, and struck out on his own. Many late-70s/early-80s sitcoms like Laverne & Shirley, Happy Days, and Newhart opted for Pratt’s more subtle laugh tracks, as well as the later seasons of M*A*S*H, which became more comedy-drama than sitcom.

The most popular shows of the 90s, like Seinfeld and Friends, were filmed in front of a live audience and sweetened. Scenes that could not be filmed in front of an audience used a laugh track. Regardless, the laugh track began to fall out of fashion. Sitcoms that featured no audience or laugh track first became critically acclaimed in the 90s, like The Larry Sanders Show, and then gained mainstream popularity in the 2000s, like Malcolm in the Middle, 30 Rock, and Scrubs.

In the early days of television, producers were still figuring out what exactly to do with the medium—they didn’t know what worked and what didn’t until they tried it. The trajectory of the laugh track is predictably similar. What was once a chorus of loud guffaws set to slapstick jokes in the 60s became a mid-volume refrain in the 70s, and then a quieter strain of intelligent chuckles, meant to reflect the more cerebral vein of comedy in more recent years.

While the laugh track was once maligned for its early uses, now critics have come to understand the changing role it has played over the years. Now that we can look back with the 20/20 vision that hindsight provides and see the evolution of the laugh track, it seems likely that at some point in the future, it could proliferate again.

There are shows that tried to bring back the classic laugh track­—while Mulaney was an instant failure, Netflix uses it as a nostalgic-albeit-hollow device in One Day at a Time to middling effect. If it does come back, it will have to be in a way that doesn’t call back to earlier formats. For whoever decides to take that on, they’ll have just one question to ask themselves: what exactly could that sound like? 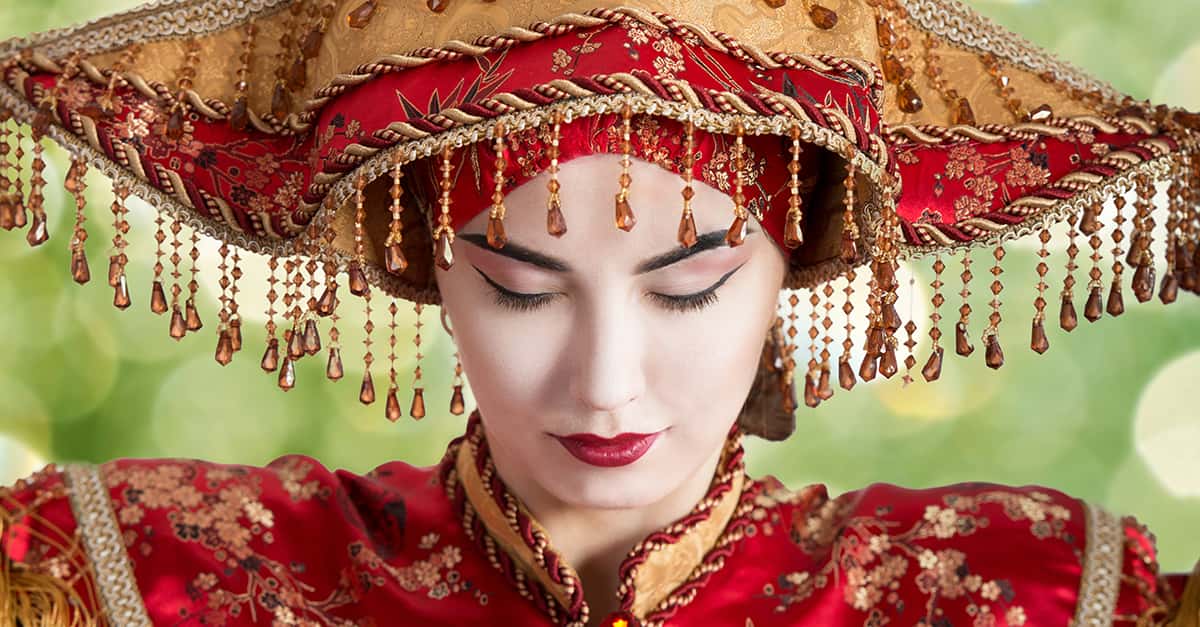 It’s Lonely At The Top: The Forgotten History Of Wu Zetian, The Only Empress Of China