Not every socialite lives a fairy tale, and when it came to Blanche Monnier, no story is quite as twisted as hers. Born to privilege and with every opportunity at her fingertips, she turned down a road of rebellion. Sadly, Blanche’s rebel heart was no match for her unhinged mother, who turned her life into a waking nightmare.

Born on March 1, 1849, Blanche Monnier seemed destined for a picture-perfect life. From the outside looking in, her family’s reputation was so spotless—it was practically wrapped up in a pretty lace bow. Conservative, wealthy, and admired, the Monniers even had noble blood running through their veins. Unbeknownst to everyone, however, this aristocratic family had hidden depths…Nothing was as it seemed.

As Blanche grew into an elegant young woman, her beauty began to draw the admiring gazes of male suitors. In fact, she became known for her stunning features, and acquaintances described her as “very gentle and good-natured.” From the sidelines, Blanche’s mother, Louise Monnier, watched with pleasure as men fell over themselves for her daughter.

With such favorable attention descending upon her family’s fortunes, Louise foresaw an auspicious match in Blanche’s future. However, Blanche’s strong will stood in the way of her mother’s dreams.

You see, Blanche wasn’t chasing an advantageous marriage. Not at all. Instead, she had only one thing on her mind—true love. By the time 1874 rolled around, 25-year-old Blanche had fallen head over heels for the most ineligible man imaginable, an older lawyer with no name and no fortune. Basically, he was Louise’s worst nightmare.

Blanche’s mother couldn’t bear to think of her prized jewel marrying a “penniless lawyer.” It would be a waste—a downright insult—and she wasn’t about to let her free-spirited daughter get away with it. Louise tried to convince Blanche to look for another lover, but her pleas only fell on deaf ears. Blanche wasn’t budging. Sadly, it was this reckless defiance that drove Blanche’s mother to an unspeakable extreme.

Disgusted with her daughter, Louise locked Blanche in the attic of their home. Horrifyingly, this dark and dingy space would become poor Blanche’s prison for the next quarter of a century. However, this was only the beginning of the nightmare. As Blanche languished in those cramped confines, her mother hatched an evil plan to get rid of Blanche forever…at least in the eyes of the community.

For Louise, life carried on as per usual, only now she had to put on the best performance of her life. She told everyone that her darling Blanche had mysteriously disappeared, dedicating herself to her convincing facade of grief. Neither Blanche’s brother Marcel or the servants stepped in to help the captive. Out of complete fear of their deranged mistress, they kept their lips sealed and no word of Blanche’s sad fate got out.

As time crawled on, Blanche’s distraught friends began to resign themselves to her disappearance, and soon, they had moved on from the loss of one of society’s most promising bachelorettes. But as her gorgeous image faded from memory, Blanche remained shackled in the attic. The Monnier manor had officially become a house of horrors. Louise spared her daughter no mercy, treating Blanche worse than a common animal and subjecting her to the most inhumane conditions possible. But the tragedy doesn’t end there.

While Blanche faded away, her lawyer beau met a terrible fate himself. In 1885, he passed suddenly, completely in the dark about her tragic predicament. Although the reason for Blanche’s incarceration no longer posed a threat, Louise had no plans to release her daughter anytime soon.

26 agonizing years passed before Blanche Monnier’s name became the subject of the city’s gossip once again. In May 1901, a disturbing letter reached the Attorney General of Paris: It claimed that a very well-known family hid a dark and demented secret…in the attic. The anonymous note read, “Monsieur Attorney General: I have the honor to inform you of an exceptionally serious occurrence. I speak of a spinster who is locked up in Madame Monnier’s house, half-starved and living on a putrid litter for the past twenty-five years—in a word, in her own filth.”

This horrifying letter certainly sent a chill down the Attorney General’s spine and he sent out an investigation immediately—but the officers must have had their doubts. After all, Louise had played a flawless hand, fooling everyone into thinking of her as a model citizen. She’d secured her reputation in high society and had contributed generously to charity over the last couple of decades. Even her son seemed like an angel, growing from an accomplished student into a talented lawyer. Certainly, there couldn’t possibly be a woman locked away in the Monnier home…could there?

At first, the police didn’t find anything overtly alarming. Everything seemed to be in tip-top shape…that is until they noticed a horrible odor emanating from the attic. Their suspicions only increased once they discovered the locks on the door, and they had no choice but to break it down. However, nothing could have prepared them for the gruesome scene that awaited them.

Bursting through the attic door, the officers ran headfirst into a wall of stench so putrid, they later called it “unbreathable.” Still, the smell didn’t even compare to what they saw. When they first entered the room, it was pitch black. Feeling their way into the darkness, it was only when they threw back the curtains that the true horror of Blanche Monnier came to light…

The once resplendent socialite lay sprawled on a matted bed of straw, stripped naked. Her emaciated figure looked like a corpse, and she weighed only 55 pounds. And that wasn’t even the worst part. According to one of the officers, “All around her was formed a sort of crust made from excrement, fragments of meat, vegetables, fish and rotten bread…We also saw oyster shells, and bugs running across Mademoiselle Monnier’s bed.”

The authorities finally arrested the villain of the story, Blanche’s evil mother, Louise Monnier—but she didn’t live long enough for justice to be rightly served. Scandalized by her treachery, the public raged against her and a vicious mob even protested outside her home. The stress of this display made Louise so ill, she passed only 15 days after her daughter escaped. However, the rescue mission was far too late: Blanche Monnier would never be the same again.

Although she’d once been a healthy, blooming youth, Blanche had morphed into a sick, middle-aged woman. Wracked with so many mental health problems, she had only a psychiatric hospital to look forward to. Her ailments included anorexia nervosa, exhibitionism, and schizophrenia. Now unrecognizable and forever damaged, poor Blanche lived out the rest of her days in an institution, finally passing in 1913. 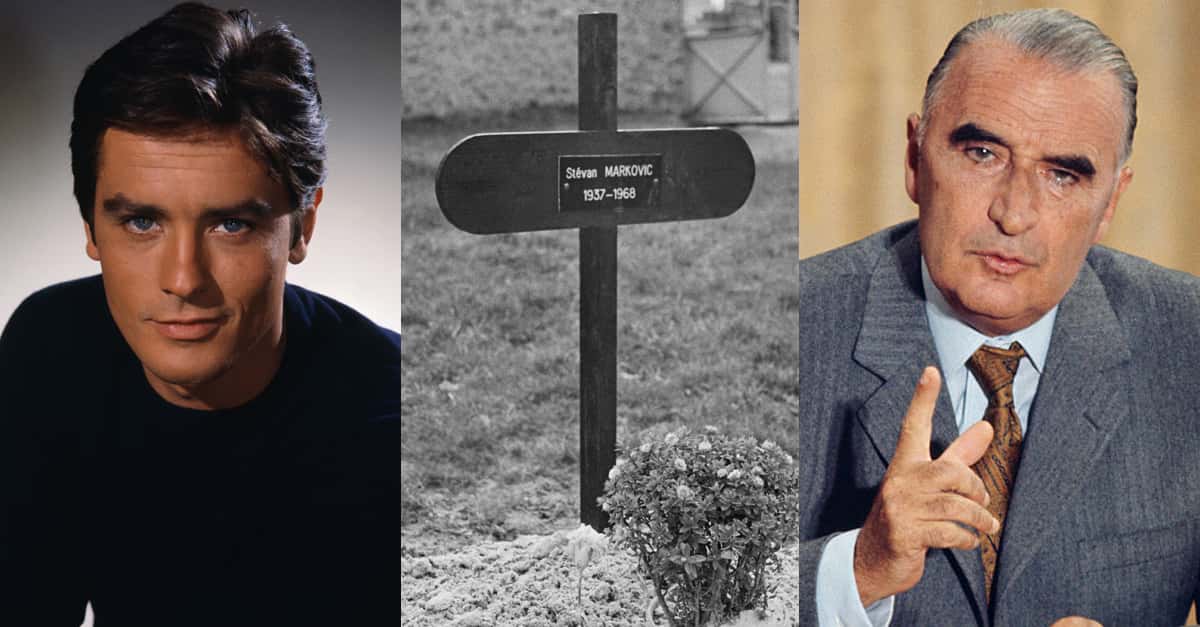 The Actor, The President, And The Bodyguard: France’s Wildest Scandal