The Light In Disneyland That Never Goes Out

The Light In Disneyland That Never Goes Out

Disneyland’s Main Street, U.S.A. is filled with enough entertainment to distract even the most astute visitor, so it can be forgiven if most guests fail to notice the innocuous window above the firehouse in Town Square. Yet it was at that exact spot where a 12-year-old girl named Sharon Baird, one of the original Mouseketeers, stood next to Walt Disney himself on the park’s opening day on July 17, 1955. Baird was on hand to see the beginning of a worldwide phenomenon, and she remembers what it was like to be next to the man who started it all:

“I was standing next to him at the window, watching the guests come pouring through the gates. When I looked up at him, he had his hands behind his back, a grin from ear to ear, I could see a lump in his throat and a tear streaming down his cheek. He had realized his dream.”

When his daughters were young, Walt Disney lived in Los Angeles’ Los Feliz neighborhood, which borders the city’s popular Griffith Park. He would frequently take his little ones to ride the Griffith Park Merry-Go-Round on the weekends. On one of these trips, Disney was sitting, watching his two girls go round and round, and he had an idea. He imagined an idyllic place where children and their parents could go to spend time together. Though it would be many years before his idea became a reality, it was this innocuous outing that eventually gave birth to the Happiest Place on Earth.

Today, Disneyland is famous for its intense commitment to preserving the idyllic setting that Disney initially dreamed of, but the park’s early life was filled with complications and missteps. Part of the reason it took Disney so many years to open his wonderland was because he grossly underestimated how much space such a park would take up.

He initially bought an eight-acre plot of land across the street from Walt Disney Studios in Burbank, California, where he planned to build Mickey Mouse Park. Almost immediately, the plans for the park outgrew this small footprint, and eventually Disney purchased 160 acres of orange and walnut groves in Anaheim, where construction on the park would finally begin in the early 50s. And don’t worry, the company found another use for those eight acres they’d purchased in Burbank—they became the home of Walt Disney Animation Studios and ABC Studios.

This brings us back to July 17, 1955, when Sharon Baird stood next to Walt Disney and watched a tear fall down his cheek as people finally arrived to enjoy the fruits of his labor. But the joy he felt at that moment would not last long—because as anyone familiar with Disney’s history would recognize, that infamous date would go down as “Black Sunday,” where it seems like everything that could possibly go wrong, did.

Walt Disney wanted Disneyland to be flawless, but its opening was anything but. Traffic was an absolute nightmare for the people trying to get to the park. Before Disneyland’s remarkable traffic and parking infrastructure was in place, a simple, two lane road brought customers to the site. Add a scorching 101 degree day into the mix, and people were in for a rough ride as they sought to experience Disney’s vision for the first time.

One of the other reasons traffic was so bad was that far, far more people than Disney had planned for decided to show up. Despite the fact that the event was meant to be invite-only, about 28,000 eager people arrived at the gates that day—more than twice than had been expected. This was the ’50s, and counterfeiting tickets wasn’t exactly rocket science, so thousands of people entered using unofficial passes made by opportunistic scammers looking to make a quick buck. Many other attendees didn’t even bother with faking it, and simply climbed over the park fence.

It was also so hot on that first day that the park’s newly laid asphalt didn’t hold up, and women’s heels kept sinking down into it, getting stuck in the gooey surface. And thanks to a plumber’s strike in the days leading up to the opening, Disney was forced to choose between having working toilets or working water fountains. He chose the former, which was probably the right call, but that didn’t mean that almost 30,000 hot, sweaty guests were any more understanding about the issue. People assumed that Disney had purposely shut off the drinking fountains to force people to buy Pepsi, who was sponsoring the event, and they were not pleased.

So much for the happiest place on earth…

Despite starting the day with high hopes, Black Sunday was such a nightmare that for many years, Disney tried to erase it from existence, and for decades they claimed that the park’s “official” first day was actually July 18th, 1955. But while Disneyland’s debut was a far cry from the Eden that Walt first imagined for his park, the pride he felt that morning standing above Main Street, U.S.A. was not misplaced. The park would be a hit, and it would grow into a worldwide empire with a remarkable history.

Disneyland has spawned beloved movies—the Pirates of the Caribbean film franchise was based on the ride that debuted at the park in 1967 (the 2015 movie Tomorrowland, also based on a ride, was less of a triumph). Worldwide, Disney parks see more annual guests than the entire population of Russia—Orlando’s Walt Disney World alone sees over 55 million people each year. They have seen the births of at least four children—though contrary to popular belief, they don’t receive a lifetime pass—and they even witnessed the end of one of the greatest rock bands in history, as John Lennon signed the paperwork that finally ended the Beatles at Walt Disney World.

But it all started in Anaheim. Walt Disney’s attention to detail lives on in Disneyland today. Guests who pay close attention will notice Mickey Mouse heads hidden absolutely everywhere throughout the park, from cobblestone paths, to seemingly random piles of horseshoes, and even in the cracks in the pavement. From the possible human skull hidden in Pirates of the Caribbean, to the pet cemetery just out of view along the side of the Haunted Mansion, Disneyland still holds the hidden magic for children and adults that Disney first imagined when he sat in Griffith Park watching his daughters ride the merry-go-round.

Though he passed away just 11 years after the park opened, Walt Disney’s spirit still lives on in his creation. That small window above the firehouse in Main Street, U.S.A.’s Town Square leads to Disney’s personal apartment. He actually worked out of this cozy, 500-square-foot space while he was still alive, setting up shop at a small wooden desk. Though he no longer sits there, the lamp in the window has been kept burning since his death, as a tribute to the memory of the man who made Disneyland a reality. 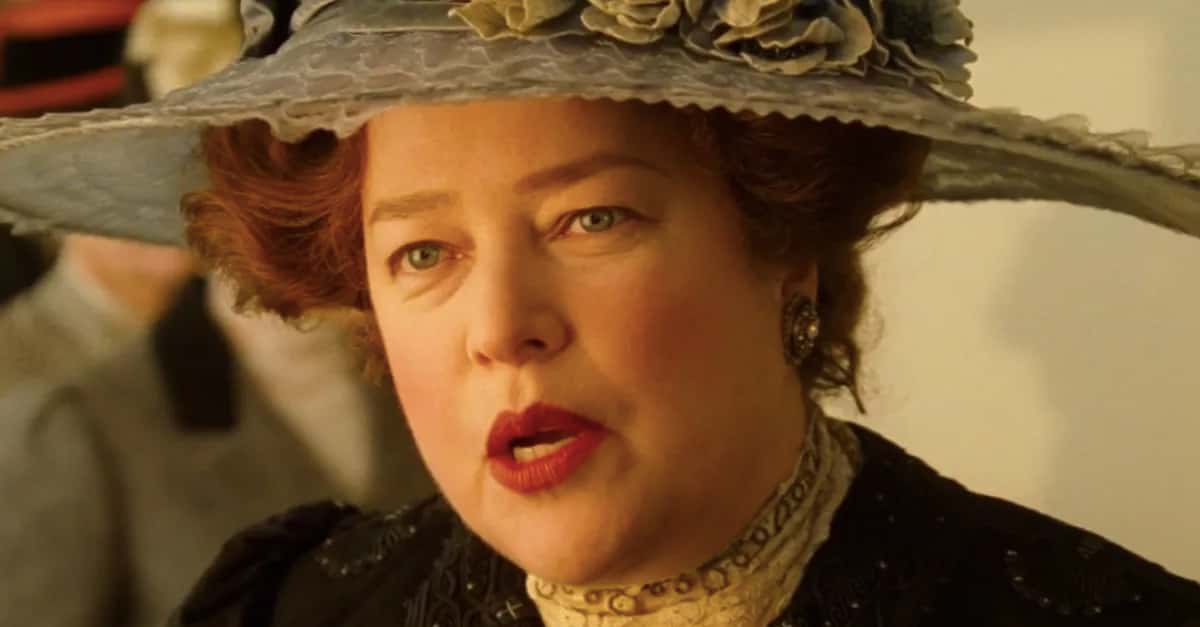 The Story Of The Unsinkable Molly Brown, Survivor Of The Titanic

The Story Of The Unsinkable Molly Brown, Survivor Of The Titanic