J.R.R. Tolkien created a lot more than a few fantasy novels—he created his own entire universe filled with its own unique history, characters, and settings. Some of the most memorable characters in both The Hobbit and Lord of the Rings are the villains who inhabit Middle Earth, and there is a lot more than meets the eye about who these villains are, how they operate, and how they came to be. Here are 24 little-known facts about the villains of Middle Earth.

Some Tolkien fans prefer The Hobbit to Lord of the Rings specifically because of its featured villains. Unlike in Lord of the Rings, where many of the villains are merely subservient subjects of Sauron, The Hobbit‘s villainous roster features a variety of motivations—and a dragon.

Although some would be happy just assuming that the term “Orc” is not a real English word, there is actually a complicated and interesting back story as to whether or not Tolkien made this word up or derived it from an Old English word meaning “Demon.”

Wherever the term “Orc” came from, Roberta Frank has noted that the same term, albeit with a mild spelling change, was later used as the name of a fictional alien planet in the Robin Williams’ sitcom Mork & Mindy. I guess there’s just something about that word that inspires authors interested in fictional creatures!

The inspiration for Smaug’s reaction to the stolen golden cup was the classic English epic Beowulf, of which Tolkien was a huge fan and student.

Treebeard, the tree-like figure found in The Lord of the Rings, is considered to be the oldest living thing in Tolkien’s Middle Earth.

In an obvious allusion to the story of Noah in the Bible, Sauron is punished at one point for his evil by Eru, the omnipotent deity figure in Tolkien’s universe, in the form of a giant flood.

Sauron almost never got the chance to become Middle Earth’s greatest villain, because Tolkien had originally set out to write a sequel to The Hobbit as his second novel, before realizing that he would prefer to write something that focused more on the development of his mythology.

17. Evolution of the Species

The goblins found in The Hobbit were Tolkien’s precursor to the Orcs.

If you have seen the Lord of the Rings films but not read the book, you may have a very different impression of the villain Saruman. In the novel, a scene known as the “Scouring of the Shire” takes place toward the end, in which the Shire is found in a ruined and enslaved state thanks to the dark Saruman.

Gollum made a memorable live appearance at the 2003 MTV Movie Awards. At the awards, he made an unforgettable speech full of not-so-PG language.

When the hobbits return to the Shire and find it under Saruman’s tyrannical rule in the end of Lord of the Rings, they discover that Saruman is now known by the name “Sharkey.” While some might wonder why the character’s alternate name would be so bizarre and so different from most of the other names found in Tolkien’s writings, the name is actually said to be a “sign of affection” and derived from an Orkish word for “old man.”

The fact that Saruman considers the name Sharkey to be a sign of affection suggests that, despite being a tyrannical leader, he believes himself to be beloved and popular amongst his subjects. This false impression of the effects of one’s actions can be taken as a powerful lesson about how absolute power corrupts absolutely.

Some fans have tried to interpret the reign and destruction of Saruman over the Shire as a metaphor for the condition that returning British troops found London in after World War II. As logical as this inference may seem, Tolkien himself has rejected the idea that this interpretation was his true intention.

Despite Sauron’s distinct appearance in the films, that appearance was not present in the original books—Tolkien intended for Sauron to be vaguely described so that readers are mostly left to wonder about him.

Tolkien was a great admirer of the Jewish people, and at times stated that some of the characters of Middle Earth were based on aspects of them that inspired him. For example, he based the language and accent of the dwarves on Hebrew, with which he himself was familiar due to his background in philology.

9. The Gollum of Prague

Given Tolkien’s interest in the Jewish people and their impact on some of the ideas in his writings, some have raised the question of whether Gollum is somehow connected to the medieval Jewish folk-tale monster known as the Golem of Prague. The Golem is a zombie-like monster that was brought to life out of clay using mystical Hebrew letters. Unfortunately for some fans, the similarities seem to go no farther than the name.

8. Worst of the Worst

It can’t get much worse than the worst guy in the story, right? Actually, wrong! There is one character in Middle Earth considered worse than Sauron—Morgoth, who is essentially Sauron’s boss and mentor. His other titles include: The Great Enemy, The Corrupter, The Black Foe. Getting a picture of how powerful he is yet? He is actually responsible for the creation of all evil and discord in Middle Earth. Every dark act that happens in the world can be traced back to him. He is Satan and Pandoras box and Loki all rolled into one.

Sometimes one’s greatest strengths can become one’s fatal weaknesses if they are not put to proper use. This is what happened with the Witch-King of Angmar, who began as a powerful and capable military strategist, only to eventually let that talent corrupt him and be used for evil.

A 1977 cartoon version of The Hobbit saw the dragon Smaug voiced by Richard Boone, an actor famous for starring in the popular 1950s and 60s TV series Have Gun — Will Travel.

Some might be familiar with a character named Tevildo, described as a cat Prince. It turns out that this character was actually an earlier draft of the villain who would become Sauron.

4. Hobbit of the Streets

The inspiration for Andy Serkis’ performance as Gollum in The Lord of the Rings films was heroin addicts, whom Serkis felt Gollum’s obsessive desire for the ring was reminiscent of.

The Beatles once attempted to have a film version of The Hobbit made starring themselves, and they tried to get legendary filmmaker Stanley Kubrick to direct, though it never came to fruition. It would have seen John Lennon take on the role of Gollum, while Paul McCartney was to be Frodo and George Harrison and Ringo Starr were to play Gandalf and Sam, respectively. I guess we can all “Imagine” how different our ideas of these characters would be if this had actually happened.

As crazy as this sounds, Gollum has actually gotten people in trouble in real life too. A Turkish man was taken to court for allegedly comparing a government official to Gollum, resulting in the forming of a panel of “Gollum experts” to determine whether this was an insult or a compliment.

Most fans think that Sauron died when the ring was destroyed, but the truth is much darker. In Tolkien’s words in The Return of the King, the destruction of the ring caused Sauron to fall so low that “none can foresee his arising ever again. For he will lose the best part of his strength that was native to him in the beginning, and all that was made or begun with that power will crumble, and he will be maimed forever, becoming a mere spirit of malice that gnaws itself in the shadows, but cannot again grow or take shape.” 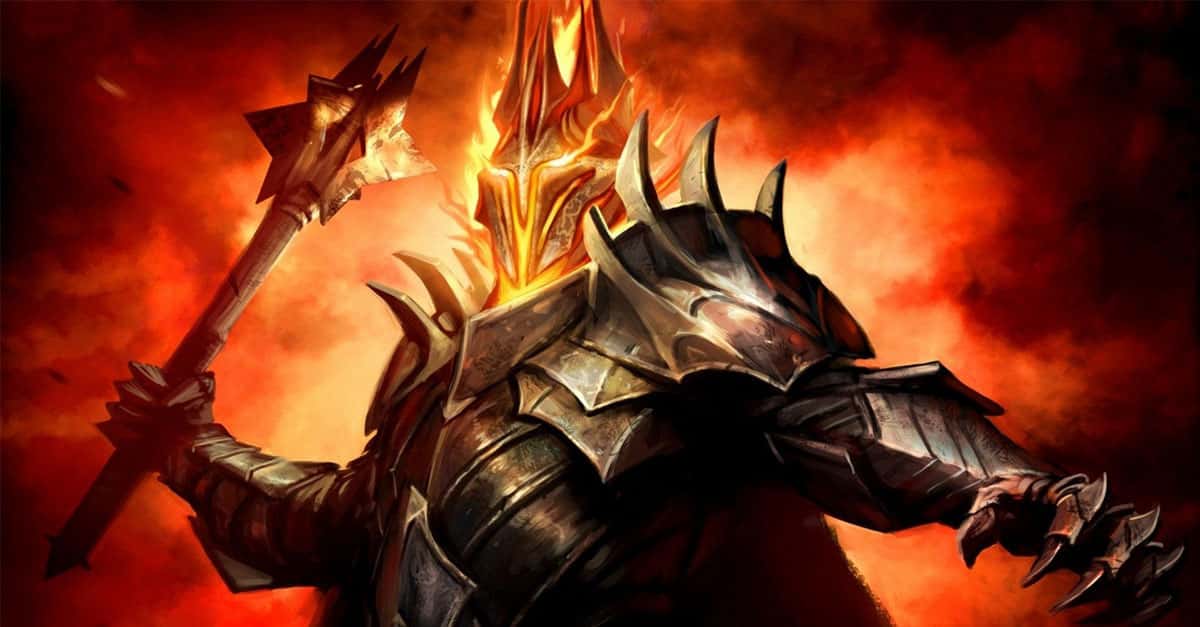