36 Totally Possimpible Facts about How I Met Your Mother

36 Totally Possimpible Facts about How I Met Your Mother

Originally airing on CBS from 2005 to 2014, “How I Met Your Mother” follows Ted Mosby, and his group of friends in Manhattan, as he searches for his soulmate and titular “mother”. The entire series is framed as a story Ted tells his son and daughter about the events that led him to meeting their mother.

With its quirky humor and innovative structure, the show gained a cult following, and was also critically rewarded with 28 Emmy nominations and 9 wins.

Here are a few facts about the show that many fans consider to be legen… wait for it… and I hope you’re not lactose intolerant, because the second half of the word is – dary!

Ted, Lily, and Marshall were based on real people. When Carter Bays and Craig Thomas were asked to pitch a network series, they flashed back to 1997 when Bays spent a lot of time at Thomas and his now-wife Rebecca’s apartment where he complained incessantly about being single. Bays became Ted, Thomas became Marshall, and Rebecca became Lily. A lot of real-life moments made it into the series, including the time Bays called Rebecca names during a brief breakup with Thomas.

Alyson Hannigan refused to kiss Jason Segel unless he quit smoking. He tried to implement a fine system where he’d have to pay $10 for every cigarette he smoked, but after he accrued a significant debt, he went cold turkey. Apart from avoiding lung cancer and heart disease, being able to kiss Alyson Hannigan should have been motivation enough to quit. Alas, he relapsed a year later.

The cast got to keep some of the props from the show. The blue French horn went to Josh Radnor, the yellow umbrellas went to the director Pamela Fryman and co-creators Craig Thomas and Carter Bays, but the Playbook and the booth from McLarens went to Neil Patrick Harris.

Google has credited Barney as the inventor of the term “The Bro Code” (the rules which he feels a man must follow in order to be considered a “bro”).  According to Google search results, the phrase was practically never searched until 2008, after Barney coined it.

If you were wondering where McLaren’s Pub, the bar where the gang spent most of their time, got its name, it was from Carl McLaren, one of the show’s associate producers. As shout-outs go, this is a pretty big one as it’s a major location in the series. The bartender is also named Carl.

Joe Nieves, the actor who plays Carl, was originally cast in the pilot as a policeman. His scene was cut, but they gave him a bit-part as a bartender. A part that lasted nine years.

McLaren’s is based on a real bar in New York called McGees, which Carter Bays and Craig Thomas frequented quite a bit while working together on The Late Show. They’ve since tried to take advantage of the connection with drinks inspired by the show (Robin Sparkles, Daddy’s Home, and the Pineapple Incident) and regular quiz nights during the show’s run.

Conan O’Brien made a cameo in the seventh season as a background extra, an opportunity he won at a charity auction in 2011. Despite the producers wanting him to have a more prominent role, he insisted he remain in the background as an extra and was only just a little less conspicuous than a juggling bear.

Robin’s dogs were a defining feature of her character, but they were written out of the show because Josh Radnor was seriously allergic. In fact, in the episode where they were written out, paramedics had to be on hand in case Radnor had an adverse reaction being in close proximity to the animals.

Over the course of the nine seasons , either as a character-defining arc or as a one-off joke, Ted Mosby dates upwards of thirty women, which at an average of 3.33 women per year, is actually far below that of the average single person.

In an online poll of the show’s fans, the number one girlfriend was Victoria, the baker who leaves Ted to go to Germany. The fans’ least favorite? Zoey. Because, apparently, nobody likes an activist.

In fact, if CBS had cancelled the show early, Victoria was slated to be the “mother”.

No matter how obscure of a reference it was, every website mentioned on the show, for a time, had a real-life landing page. This includes www.tedmosbyisajerk.com, created by a girl Barney slept with while pretending to be Ted, and www.canadiansexfacts.org which we visit strictly for educational purposes.

The writers planned ahead quite a bit even with seemingly inconsequential character details. For example, Barney’s inability to use chopsticks was established in the first season, and continued throughout the series whenever the gang ate Chinese food. It was revealed in season seven that this was actually all part of a scheme Barney was pulling on Marshall to try and see Lily’s boobs. Because that’s what bros do: Con their friends’ wives into showing them their boobs.

Pamela Fryman directed all but twelve episodes of the entire series.

The mystery of the Pineapple Incident was solved in a deleted scene on the Complete Series DVD which revealed that The Captain followed an old naval tradition of leaving a pineapple outside of his house as a symbol of hospitality which drunk Ted found hilarious and everybody else found… mildly interesting.

In the two-part Season 2 finale, things look pretty bleak for Ted and Robin when a mis-delivered champagne-with-engagement-ring results in their break-up. However, it wasn’t bleak for every couple in this scene, as the engagement for which the ring was intended was actually part of an elaborate proposal by Tim Russo. Russo, a friend of one of the show’s writers, used it as an opportunity to surprise his then-girlfriend Jana Rugan and also make every other guy on earth look terrible by comparison.

Russo proposing to his now wife for real on HIMYM

All of Lyndsey Fonseca and David Henrie’s scenes as Ted’s future children were filmed at the beginning of the series in order to keep them the same age throughout the series. This includes a scene that shows up in the final episode.

The clock in Marshall and Ted’s apartment was permanently set to 4:20.

There are only twelve times throughout the entire series where Barney doesn’t appear in a suit.

Jim Parsons, who plays Sheldon on The Big Bang Theory, auditioned for the part of Barney Stinson.

The catchy opening theme song was actually a clip taken from “Hey Beautiful” by The Solids, which also happens to be Carter Bays and Craig Thomas’ band which shows it’s not about what you know, but about who you know.

The Solids have actually had some moderate success. Their song “The Future is Now” was the theme song for the Fox show Oliver Beene and another of their songs “Clowns Like Candy” charted on the Top Alternative Internet Downloads in an issue of Rolling Stone magazine.

Whenever any of the main characters get into a physical altercation, the song “Murder Train” by Robin’s ex-boyfriend Simon’s band “The Foreskins” can be heard underscoring the scene. Somehow, despite the band’s excellent name, The Foreskins never made it.

Simon was played by “Dawson’s Creek” alum James Van Der Beek. Simon met Robin after he appeared in her music video for “Sandcastles in the Sand.” They dated for an entire summer, which in Canada is the last week of July.

Instead of using a live studio audience, the producers would show the finished episode to an audience and their reactions would be recorded for the broadcast. They did this because the show’s visual style required long periods between scenes to set up and, according to the series’ creator, it would have gone from “live studio audience” to “hostage situation.”

6. His Name is Oscar

When Alyson Hannigan got pregnant, the writers had no plans to have Lily become pregnant to match so they wrote around it, using time honored TV tricks to hide her belly bump. However, the writers used the pregnancy for comic effect during an episode in which Lily wins a hot dog eating contest and displays her bare belly.

When Britney Spears requested to be on the show, specifically the episode that introduces Stella Zinman, Thomas and Bays were both freaking out because they were worried Spears would want to play Stella, a character they had big plans for. Luckily, she decided she wanted to play Abby, the receptionist with a crush on Ted.

Alicia Silverstone was originally cast to play Stella Zinman. She dropped out when her agents heard that Britney Spears was also going to be on the episode and didn’t want her first appearance to be overshadowed by Spears’ appearance. The role ultimately went to “Roseanne” and “Scrubs” alum Sarah Chalke.

“Lost.” “Dexter.” “The Sopranos.” These were all shows with divisive series finales that left fans at best perplexed and at worst screaming at their televisions. “How I Met Your Mother” joined their ranks as their season finale did not sit well with its fanbase, so much so, that a petition was started to have CBS redo the whole ending. In an attempt to satisfy those fans, an alternate ending was released on the DVD box set.

2. All Downhill From There

During the third season, Cobie Smulders was diagnosed with ovarian cancer. At the time, she kept it a secret from the public and after two years of treatments and several surgeries, she was declared cancer free. In late 2016, she made the story of her fight public so that she could create more awareness about the disease, especially for young women. 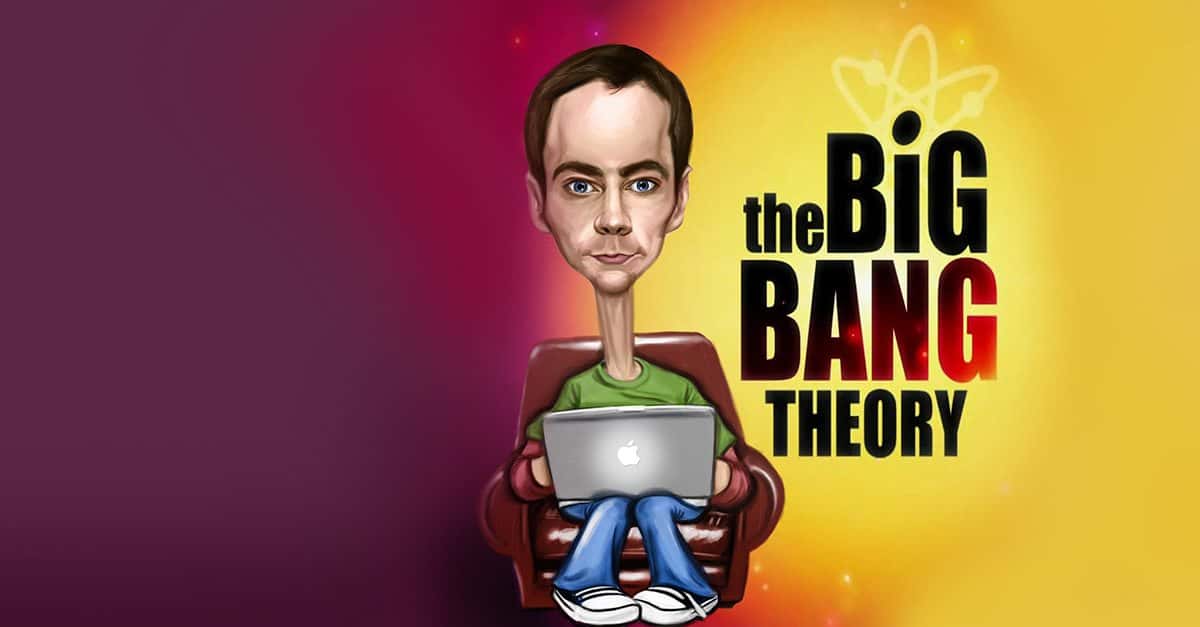